With the survival of our former Forum precariously in the balance, and the excellent ongoing work being put into establishing this new offshoot forum as its replacement, I've decided to follow my friends and fellow language crusaders over to this site.

This means I'll start a new log here today which includes my last couple of updates for reference (moving across from my former TAC 2015 blog on HTLAL). You're also always welcome to stop by my own personal blog (Travels with Teango), which is my first port of call for uploading any new posts relating to language learning.

Whatever happens, the HTLAL community has been like a virtual family for me over the last six years, and I hope we can all stay together and continue to make progress in our languages and support each other for many more years to come (wherever that may lead us)!

We're almost halfway through 2015, so it's time to assess what progress I've made so far, and realign my goals with a view to making the second half more productive.

I've been working very hard on Hawaiian this year and have made some good progress since my last update. This includes producing a short Hawaiian video with a couple of classmates that was chosen to represent the department, and taking on a further 6 week intensive summer course, which really helped push me to study each day to complete the main textbook we use for Hawaiian ("Ka Lei Haʻaheo").

I've also helped teach Hawaiian at an elementary school, and will be giving a short talk on pōhaku kuʻi ʻai (poi pounding) to the same children again next Thursday, who in return will treat us all to a hula presentation.

My most surprising triumph however was in the 6 Week Challenge, where I invested approximately 190 hours into Hawaiian, ultimately leading to me winning the challenge in both "target score" and "total score" categories! Taking part in this challenge helped me keep motivated, and my proficiency rose from A2 level on the CEFR scale at the beginning of the challenge to B1 level by the end.

Altogether in the first half of this year, I've spent almost 360 hours on Hawaiian both inside and outside the classroom, and my proficiency level has risen from A1 to B1, furnishing me with a solid foundation in grammar and vocabulary to go and enjoy native resources at the intermediate level.

My goal in Hawaiian for the second half of the year remains much the same as the beginning of the year, which will be to reach a mid-intermediate level of fluency and proficiency (approximately B1+), to which end I will be studying Hawaiian 202 at university in the Fall.

I think I've long lost my way with the other minor languages I had on my list, which calls for some major rethinking and pruning in the second half of the year. However it's not as though I did nothing at all to keep them warm and fuzzy, still managing to invest the following total hours across various sideline activities:

So for the second half of 2015, I've decided to focus on Russian, French, and German as my minor languages, with a goal of reviewing the Assimil foundation level course book by the end of the year for each one of these languages. If there is any additional time left over, I will move on to the advanced Assimil course book for each language (yes, I have all 6 books waiting in the wings for the brave at heart).

Although I can speak German quite comfortably, and my Russian is just about conversational on a good day, I've never actually completed a course book in any of these languages before. This means I still have gaps in my grammatical knowledge which seriously hold me back in terms of accuracy and overall proficiency (especially when using Russian).

It's also been over quarter of a century since I studied French in high school (and that was for just 1 year anyway), so I'm curious how much will come back to me when I start studying for real again. It's hard to assess my overall level in French right now, as my reading proficiency far surpasses my listening and speaking ability (largely due its similarity to English), but perhaps in its long state of dilapidation, it currently falls around the A2+/B1 mark right now.

Sadly I'll need to shelve Irish and Ancient Egyptian for the time being (hence "five birds +1" shrinks to "four" from here on out), but it will be worth it if I can bring my other straggling languages to the next plateau by the end of the year (let's say at least a more confident B2 or even C1 level, depending on the language and how much time I'm afforded after work and PhD).

Six weeks further down the road, and it's time to leave yet another little missive on my prodigal blog. Having successfully completed an intensive summer course in Hawaiian, I've shifted the large part of my focus, albeit less intensively, over to mother Russian. I've also dabbled in Assimil over the last week in preparation for a serious attempt at completing as many of my Assimil books as I can over the next four and a bit months left of 2015.

Hawaiian (385 hours in total this year)

With Hawaiian 201 under my belt, I'm now poised and ready to begin Hawaiian 202 at university in the Fall (which starts in just under a fortnight). As we're "pau" (done) with the main course book now, I anticipate the next course, after some initial revision of "that which has gone before", will bring us up to speed with real speaking and listening *gulp*. Many of my previous classmates learned Hawaiian for years throughout High School, and some even have native Hawaiian speaking family, whilst "Ol' Man Haole" here only started the language under a year ago. This means everyone else's listening skills in class will be leagues beyond mine no doubt, but hey, I'm up for the challenge and looking forward to finally practicing what I've learned this summer!

Russian (106 hours in total this year)

I've also opted to audit a course in Russian phonetics this Fall, and find the prospect of chatting with other students of Russian equally exciting and daunting. It will be interesting to work on my own Russian pronunciation, which I'm sure needs plenty of work, and at the same time, get to practice my Russian with other students.

French (29 hours in total this year)

My wife's almost completed half of her French Assimil course already, so it's time to get my skates on and start rolling en français! I aim to do twice as many lessons of French as any of my other languages over the next few months, mainly in order to get my French up to the level that will help me out with my advanced Assimil books for Russian and German which are written in French (i.e., Perfectionnement Russe; Perfectionnement Allemand).

German (21 hours in total this year)

I recently completed an online proficiency test for German and scored 49/50, which apparently puts me in the advanced C1 category! I'm a little dubious of the result, but it was a nice surprise to see my grammar and vocabulary haven't sunk too far into the mires of forgetfulness. All the same, I'd still like to complete my basic and advanced books in Assimil for German, if only to review and formalize grammar, and fill in the gaps which come from never completing a textbook in the first place (from which I'm sure there are still a great many things I need to learn).

Well it finally happened...I went to sleep after reading a bunch of posts in Toki Pona followed by a fair share of "jan lawa lili" (The Little Prince), and spent the next morning dreaming in Toki Pona! Needless-to-say, it was a very strange series of dreams, and conversation was more than a bit strained. Well, at least I didn't wake up from night terrors, screaming out in Klingon or Dothraki (not yet, anyway)... @.@ 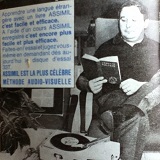 Great to see you around Teango! Looks like you´re still taking good care of those little birds of yours. Seeing you on top of the list for the last challenge when I signed up for the 6wc was really cool!

Since I’m doing Assimil Spanish ohne mühe right now with good results (for my Spanish of course but also for activating my German), I´ve been thinking along the same lines that you seem to do and start using those courses for my other languages as well in a more consistent way than before.

I´m also contemplating signing up for a language related university course and have been admitted to Russian for Beginners and Ancient Greek for Philosophers. Well, we’ll see …

No chance of me doing Hawaiian in the near future but since we have Russian, French and German in common I will follow your log with keen interest (but no matter what you write about it´s always an interesting read).

@aloysius
I'm delighted you dropped by, mate! To be honest, I burned out a little after the 6WC, but it really motivated me to push forward with my Hawaiian during the summer holidays. At the moment, I'm trying to shape up my French so I can tackle those more advanced Assimil Perfectionnement books later this year, whilst in the meantime time plodding forwards in my basic Russian and German Assimil course books for review.

I wish you all the best with these university language-related courses if you decide to go for one or both (I'm particularly intrigued by "Ancient Greek for Philosophers"), and I look forward to following your log and progress in Spanish here. I have my eye on the same "Spanisch ohne Mühe" course for 2016, so it will be interesting to hear how you get on with it first - it's always great to get two languages for the price of one...

I am Jar-ptitsa and my Hawaiian name is ʻā ʻaia. Please correct my mistakes in all the languages. Thank you very much.
: Spanish grammar
: Spanish vocabulary
Post Reply
33 posts