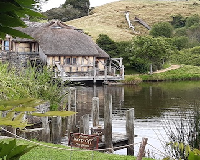 It dawned on me about a week ago that I haven't thrown my credit card at anything languages-related in a while. So began my treasure hunt for some highly elusive tomes. And my efforts paid off: I managed to snag both volumes, in near-pristine condition, of Kita Tschenkéli's excellent Einführung in die Georgische Sprache. I paid a pretty penny indeed, but never have I felt so blessed to know the German language!

I've also had Dodona Kiziria's little manual sitting on my shelf for what must be close to ten years now. My plan is to start with that, thereafter move on to Buske Verlag's Lehrbuch der Georgischen Sprache, followed by Tschenkéli, and hopefully by that point Aronson won't feel so impenetrably abstruse.

Given my predilection for wanderlust and distraction, we'll see how far this goes. But I at least have some familiarity with the alphabet now. Next stop, those pesky ejectives... 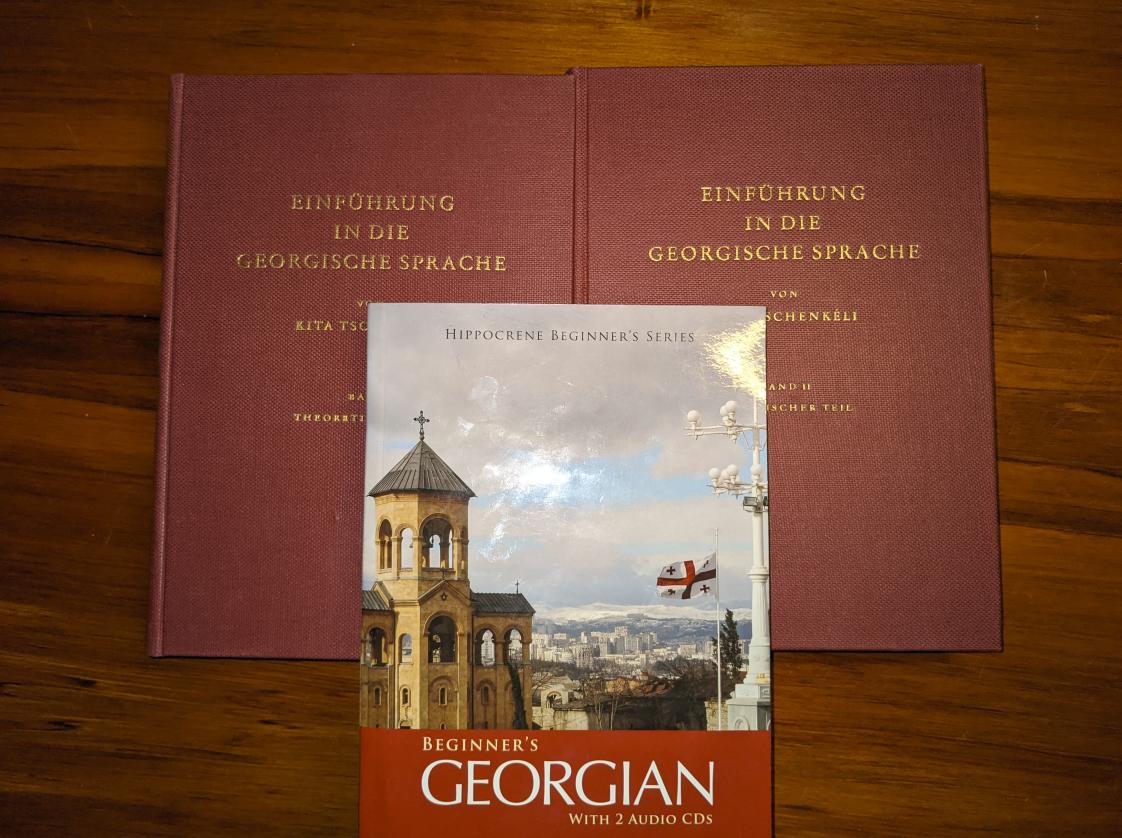 Best of luck! Georgian is a very interesting language with a beautiful script! It bears some surprising similarities to Navajo, including a somewhat similar phonemic inventory, SOV word order, and a template of how certain affixes attach to the verb (although with Navajo, the root comes at the very end).

I've found that ejectives were surprisingly easy to pronounce. I found a great suggestion from a video about Navajo pronunciation that the sound you might make while imitating a lawn sprinkler is [ts’] repeated rhythmically. Another helpful suggestion was that regular voiceless consonants come out as ejectives if you pronounce them while you're holding your breath, but they gave a warning not to hold your breath too long or you'll pass out!
6 x
Corrections welcomed!

Halfway through Kiziria now. I've so far skipped all the exercises and most of the grammatical explanations (referring to them only as needed), and have instead opted to sentence mine the lessons by typing out selected sentences for review. As a result of this exercise, I can now type Georgian relatively comfortably and am slowly moving out of the "search and peck" phase.

I additionally exported the accompanying audio sentences and wrote a little shell script to create a CSV file for bulk-importing this data into Anki.

I was also extremely fortunate to obtain, free of charge from Donald Rayfield himself, an expanded and updated (2019) digital (PDF) edition of A Comprehensive Georgian-English Dictionary (still available in physical form through Queen Mary University of London). I will probably write a small application to parse this document and make it easier to search.

In other news, I watched the movie My Happy Family (ჩემი ბედნიერი ოჯახი) on Netflix, about a middle-aged Georgian wife who struggles to break free of her suffocating family and live in her own apartment. The plot, while mundane, gave a glimpse into the kind of social norms that still seem to exist within Georgian society. It was also much more watchable than almost anything I've managed to find so far on Georgian television, most of which seems to consist primarily of skit-based comedies and soap operas.

And last but not least, more goodies turned up today! The Lehrbuch will be my next port of call once I'm done with the present book I'm using. The other two books are a set of verb tables which will prove indispensable, and a themed collection of some 3,800 example sentences. Ideally I would have the latter book made into a copy+paste-able format and recorded for the purpose of sentence mining. I've sent an e-mail to Buske asking if it is available as a PDF, since a number of their offerings are in fact available in digital form. The alternative options are to transcribe them all myself, a painstaking task, or have them transcribed by a third party which will be costly. Add to that the challenge of getting them recorded and we're looking at an exorbitant amount of money for the contents of a single book. So instead what I will probably do is leave that one until I'm around a more intermediate level and then I can selectively transcribe them and simply exclude the audio.

The only other resources I am still waiting on are Dunwoody Press's Advanced Georgian Reader, and the audio CDs for their Georgian Newspaper Reader. No rush on these; it will be many, many months before I can hope to profit from them. 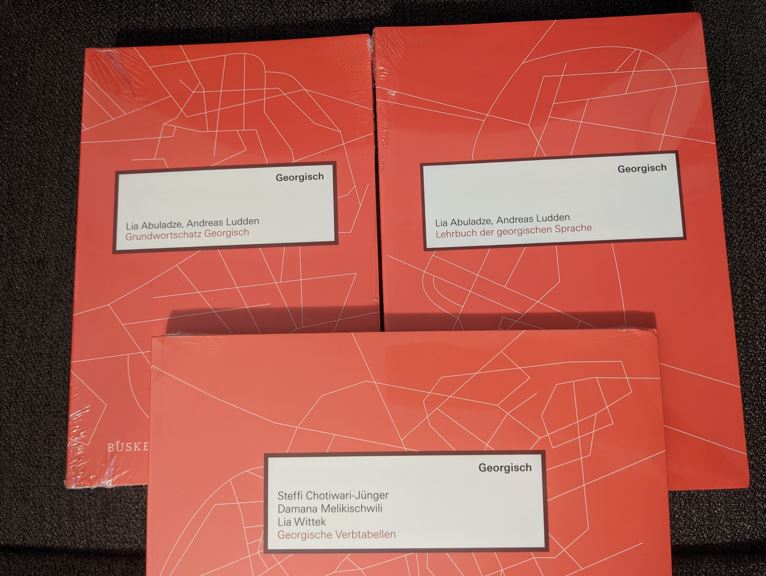