This is utterly different from the extraordinary amplification that occurs in our brain whenever we pay attention to an object and become aware of it. With conscious attention, the discharges of the sensory and conceptual neurons that code for an object are massively amplified and prolonged, and their messages propagate into the prefrontal cortex, where whole populations of neurons ignite and fire for a long time, well beyond the original duration of the image.

Such a strong surge of neural firing is exactly what synapses need in order to change their strength—what neuroscientists call “long-term potentiation.” When a pupil pays conscious attention to, say, a foreign-language word that the teacher has just introduced, she allows that word to deeply propagate into her cortical circuits, all the way into the prefrontal cortex. As a result, that word has a much better chance of being remembered. Unconscious or unattended words remain largely confined to the brain’s sensory circuits, never getting a chance to reach the deeper lexical and conceptual representations that support comprehension and semantic memory.

Attention plays such a fundamental role in the selection of relevant information that it is present in many different circuits in the brain. American psychologist Michael Posner distinguishes at least three major attention systems:

1. Alerting, which indicates when to attend, and adapts our level of vigilance.
2. Orienting, which signals what to attend to, and amplifies any object of interest.
3. Executive attention, which decides how to process the attended information, selects the processes that are relevant to a given task, and controls their execution.

These systems massively modulate brain activity and can therefore facilitate learning, but also point it in the wrong direction.
/.../

The brain scans of children learning to read are new and important. They show that, as we learn to read, the brain reorients itself, so that areas initially used for visual recognition, in his experiments, of faces, are recycled to recognise chains of letters, which they send to areas of the brain that process language. In this way a fluent reader handles written words in exactly the same way as spoken ones, and reads long words as quickly as short ones. The process requires attention to letters, and sets up a specialised circuit that deals with them. His scans show that if children are not taught to pay attention to letters, learning instead by whole word methods, they rely on a much more dispersed, and less efficient, series of areas of the brain when trying to read. Scans of children assessed as dyslexic are more worrying still, showing that the reading circuit has not developed, though Professor Dehaene is not in a position to say why this is so.

Analysis of the phonic systems of French and English shows that they require different adjustments in learning to read, both of which cause problems. In addition to learning the most frequent connections between sounds and letters, French children have to take account of the position of consonants, as they are often not pronounced at the end of a word to promote flow. Comparable passages in French and English show roughly four times as many silent letters in French, almost all at the ends of words. They have to make a further adjustment to take account of accents, which sometimes alter the pronunciation of a vowel, but in ê, î, û, à and ù do not. Finally, they need to learn the use of contractions, as in j’ai, j’aime, l’ami, to avoid the clash of voice sounds known as the glottal stop. French children learn these adjustments through continuous practice and daily dictations. A lesson I observed in Paris for 6-7 year olds used the sentence “Arthur n’a pas peur des fantômes”. They cause great problems for lower-attaining pupils, and greater problems still for children who do not have a full education in France, including immigrant children and many French-speaking children educated in English schools.

Paradoxically, English children’s problems also begin with French. The 150 years following the Norman conquest brought an influx of French that continued over centuries to the point at which roughly a third of English words are derived from French rather than Anglo-Saxon. These words retain their French spelling, but not their French pronunciation, disrupting phonic regularity in common words such as table, and introducing features such as the “soft” c and g in city, centre, cycle, and energy, gin and gentle. As children meet these words in reading, they have to adjust their first conception of sound-letter correspondences, a process that comes easily to some, but that can be very difficult, and often impossible, if the basic connections are not established in the first place. The problems caused by the French influx are compounded by further complications, including the great vowel shift, the influence of dictionaries, and the change in pronunciation of -ed in the simple past tense of most verbs, much lamented by Jonathan Swift. These changes are set out in detail in David Crystal’s Spell It Out. The process of mastering them is entirely consistent with Professor Dehaene’s description of children restructuring their thinking when they meet a problem that it won’t solve, with his analysis of patterns of development in artificial intelligence and with the revolution in thinking caused by Galileo’s observation of movement in the moons of Jupiter.


Stanislas Dehaene Demonstrates How We Learn

The latter, error feedback, Dehaene presents a simpler view of why it matters in the classroom: “Learning is active and depends on the degree of surprise linked to the violation of our expectations.” For Dehaene, committing violations to pursue knowledge is no a problem, rather, it’s the educator’s task to provide “explicit feedback that reduces the learner’s uncertainty.” This of course is, as Dehaene demonstrates, because our brains are “prediction-error system,” which “govern learning from the very beginning of life.” Of course, is not just supplying the feedback, but how the educator provides it. Dehaene makes the comparison with machine learning: “We do not punish artificial neural network; we simply tell it about the responses that it got wrong. We provide it with a maximally informative signal that notifies it, bit by bit, of the nature and sign of its errors.”

A key point on error feedback is the way educators test in school, for Dehaene, testing shouldn’t be at the end of the topic or in a month, but, in little fragments, per week. These little intervals create opportunities to consolidate information and test what is the real knowledge of the students. Dehaene explains that this is impossible without the opportunity of a good night’s sleep. The world of sleep provides the best opportunity to take the new information in the day and consolidate it with the previous information. The last 10 years have seen an interest in sleep, with interesting research pointing out that while asleep, our brains remain active, creating new ways to remember the information, and, on some occasions, utilizing the new information in creative ways. Matthew Walker, arguably the biographer of modern sleep, has demonstrated that sleep helps to regulate emotions, consolidate memories, and enhance the brain’s plasticity.

Learning is not enough: it is necessary to consolidate the learning content so that it becomes automatic, unconscious and reflexive.

Only automation frees the prefrontal cortex, which then becomes available for other activities. - Stanislas Dehaene

The most effective consolidation strategy is to distribute learning (a little every day) and to gradually space out the revision sessions.

You can watch a number of Mr Dehaene's (french language) lectures on the College de France website.

So whenever there is an attention deficit - extensive reading, listening with one ear, tons of input without focus .. the learning technique must be put under scrutiny . Translation L2 - L1 in that respect looks good to me: focus, high concentration, repetition - the bidirectional method.
Last edited by Kraut on Fri Oct 02, 2020 11:23 pm, edited 3 times in total.
2 x

Stanislas Dehaene explores "How We Learn" 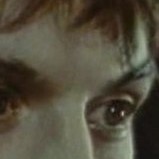 Ccaesar wrote:Can any of you sum up what he says that's useful for us in the language learning comunity?

I cannot really translate French, but here is a summary of his interview in English (thanks, Kraut!) in which he talks about learning.

First, learning is defined as the ability to make mental models and synthesize information. An example can be learning conjugations, where a mental model can tell you how to conjugate when you spot a verb of the type parler: parle, parles, parle, parlons, parlez, and parlent. For the learning to take place, four steps or stages are necessary.


Finally, there was a lot of emphasis on why kids are better at learning grammar and pronunciation and how adults have the upper hand when it comes to vocabulary. I take that with a grain of salt; probably because I'm not a kid any longer.

4 x
The life of man is but a succession of vain hopes and groundless fears. — Monte(s)quieu

https://www.youtube.com/watch?v=25GI3-kiLdo
How the Brain Learns to Read - Prof. Stanislas Dehaene

Cognitive psychology and neuroscience have begun to dissect the neuronal mechanisms of literacy using brain-imaging techniques. During reading acquisition, our brain circuitry recycles several of its pre-existing visual and auditory areas in order to reorient them to the processing of letters and phonemes. The nature of this "neuronal recycling" process helps explain many of the children's difficulties in learning to read. Our growing understanding of the child's brain has important consequences for how education should be optimally organized