An area with study groups for various languages. Group members help each other, share resources and experience. Study groups are permanent but the members rotate and change.
Post Reply
1809 posts

After I had watched the video "Le roman, une passion française" on TV5 Monde, I thought why not start with a French novel right now?

Just a bit of clarification for those students of French who might not be familiar with the term "la rentrée": this refers to the "start of the new school year" which, as we all know, is a period filled with a great deal of emotion and activity, not to mention substantial expenditures by students, parents, and many others.

It has become something of a tradition, at least in France and Québec, for commercial and other establishments to announce their own "rentrées" to capitalize on the wide-spread excitement and the generalized tendency to disburse funds without much caution. Some sectors of the economy time the release of new products/services with this period (such as the publishing industry, but they're far from alone).

Accordingly, the "rentrée littéraire" has more to do with generating sales revenues than it does with French literature. By the way, I see no absolutely harm in this use of the term in this manner, particularly as it is established practice. Nonetheless, seeing it here in the language forum, I thought that some members might appreciate a bit of clarification. Aux études!

Thanks for the clarification, Speakeasy! And it is of course a marketing thing

, also according to the text:

In Germany, we have the yearly book faires in Frankfurt and Leipzig. Those two events are like the rentrée littéraire in France. By the way, the word rentrée could be translated into German as Saisonbeginn, Start der Saison.
3 x 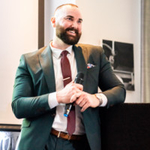 Sarafina wrote:I think I've already posted links for some of the shows listed before. But this is just a bunch of links to cartoons that are available for free on YouTube and are in French.

A playlist that has random clips of Caillou but they also have French subtitles availabe. I found them to have really helpful if you are at the A1/A2 stages
https://www.youtube.com/watch?v=rXv6RgJ ... qjSGv_ojmb
This channel has various clips of children TV shows (mainly Caillou and Le Petit Nicholas) with French subtitles
https://www.youtube.com/user/buenovelazquez/videos

This is gold! Thank you for this!
4 x

Just come across a new-to-me word that seems an important one:

DaveAgain wrote:Just come across a new-to-me word that seems an important one:

And from which language come the words bara and gwin ?

Arnaud wrote:And from which language come the words bara and gwin?

That sounds like as much nonsense as the popular story about the origin of "kangaroo." This word is much, much older than the 1900s, dating some 500 years earlier, so its real origin is likely lost to history. But that it stems from Breton words seems largely uncontested.
0 x

Cèid Donn wrote:That sounds like as much nonsense as the popular story about the origin of "kangaroo." This word is much, much older than the 1900s, dating some 500 years earlier, so its real origin is likely lost to history. But that it stems from Breton words seems largely uncontested.

Well, you're right! So was Serpent when she commented that no one clicks on the links and, even when they do, they don't read the articles...