If you were going to park a language and move on to something different when would be the best time? By "best time", I mean at what level would you've achieved and had a grasp of the language in order for you to let it go for a couple of years and pick it up again with relative ease?
1 x

I chose B1 though I considered B2. While I never completely parked Italian I spent very little time on it for several years. I don't know my level but it's solidly intermediate. When I restarted studying more formally what I had forgotten came back to me pretty quickly.

On the other hand after nearly two years of no Thai which was at a basic level I would be starting over if I took it up again. Some vocabulary might return more easily than the first time.
2 x
Super Challenge:
IT film: read:
DE film: read:
RF film: read: (FR, LA, PT, SCN)

I've found that if I have the language at the 2 level on ILR, then I can get it back pretty quickly. But there is a time element to consider as well. My BCS used to be pretty good, 3L/2+R/2S at one point. But I took a long time (over a decade) off from it. When I went back (fall 2018), after some light studying, I only managed a 0+ on the Reading DLPT, which is embarrassing, considering I used the language for 3 weeks at restaurants and shops in Croatia in 2015 without any locals switching to English.

Here I chose B2. My Russian, no matter how much time I take off (years), I can get back to 2/2 at least with a month or two of dedicated studying.
1 x
A Handful of Eels, but Where Did I Park My Hovercraft?

I choose A2 because in my experience, once you get well into B1-B2 and come back to that language after a break, wow, what a headache. Mainly due to the amount of stuff you have to review. That's been my problem with some of my languages recently, like Breton and Swedish. At A2-ish, I am past what I consider the "beginner's hump" where I can start putting things together, so when I come back to it, the language makes sense and feels familiar enough yet there's less vocabulary and grammar I need to review. For me personally, once I get pass B1, that's "use or lose" level and if I don't fit in some amount of regular practice to maintain what I know, I'll regret it. But that's just me and a lot of this may simply be due to the number of languages I study and maintain at various levels.
4 x

For me there are two different levels of 'getting back to a language':

- At A2, I find it relatively easy to start studying the language again. With minor repetition I can pick up the studying of the language where I left it. This also strongly depends on how I learned it though - many of the classes I've been taking use a lot of (almost childish) repetition and that has helped me immensely. Case in point: Chinese. Hadn't touched it in 5 years, not even passively, but I looked over what I had learned so far and had forgotten almost nothing. Since the path to A2 is (for me) often quite straightforward, it's easy to determine where to continue. But I find it hard actually doing something with the language, there is little functionality to it at that point. And I wonder (and doubt) if I can replicate this for languages that I learn through self-study only.

- At B1-B2 levels (I picked B1 for the poll), I think you can pick up actively using the language again. Speaking and listening may be rusty, but goes smoother after half an hour to an hour. I may have lost things, and it's often hard to determine what I have lost, but there is functionality to the language. I can produce things in said language. But this is also assuming I haven't completely avoided said language - all the B1-and-up languages I've 'parked' I at least had in my life one way or another, through movies or music or tv series, even though the point of all that media consumption wasn't to interact with the language.

Well, you asked when is the ‘best time to park a language’, so although I think B2 is the earliest time you could park a language without losing too much over two years, C2 is best, imo for ensuring the language stays in your head - in the right order! If you you can make it to C2, they’d be no losing anything much if you’re not silly, that is, if you watch a bit of TV, use it to search things online... a minimal amount of activity should keep it active.

Also, if you wanted to keep it alive but not actively study it, or even use it to watch TV/read etc, then probably from B2 onwards one could just study L3 via L2 and keep in touch that way - a minimalist activity for L2 that still would allow for active use while advancing in L3.
4 x

Like others have said, if by "park" you don't mean completely abandoning it-- then B2 or more, the higher the better.

If you mean not touch it at all, well, language attrition can even happen with one's native language.
6 x
All comments and corrections welcome. 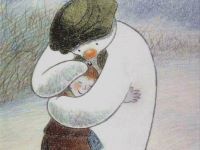 I have most of my parked languages at a B2-C1-ish level; I can do pretty much what I want in them and read in them, but if I have to recall them it's quite the quick process. It wouldn't take me much to start up, say, Romanian again.

If I pushed a language to A2-ish you'd get the situation brilliantyears described, and any B1 languages will fall to A2 in my experience, such as Hebrew or whatever.

Parking at C2, as PeterMollenburg does, is an option, but for me, who needs to use multiple languages on a daily basis, C2 is overkill. I can do everything I need to do with much less than a complete, academic, full-on knowledge of the language, and besides that I am probably even C2 in some of my best languages such as Spanish and Russian, so it's not even an issue.

But the problem for me personally is that I rarely fully park something, most of the time I just have 12 languages on the back burner...simmering. Which is more than fine, as I use those the most.

Or maybe when I parked them they were higher - I don't know - I never actually got them formally evaluated. I have parked Portuguese for example, and I'm pretty sure I speak that okay-ish.
5 x
“And when he shall die
Take him and cut him out in little stars
And he will make the face of heaven so fine
That all the world
Will be in love with the night
And pay no worship to the garish sun

Personally it depends on many factors, e.g. what language it is (Do I know related ones?), how well I learned it to that level (Did I struggle? Was I one of the best in the beginners course?), when I learned it, how long it took, if I'm still having contact with the language...

A thread that came to mind:
Do your language skills improve with no exposition?
2 x
Leabhair/Greannáin léite as Gaeilge:
Ar an seastán oíche: Oileán an Órchiste
Duolingo - finished trees: sp/ga/de/fr/pt/it
Finnish with extra pain :

The better I know a language the easier it is to revive it. If there is a limit somewhere it would be at the point where I could use it for some practical purposes, like reading Wikipedia articles or speaking to real living people or thinking silently inside my head. If I haven't even been able to do that then I haven't got the extensive training that serves to solidify the knowledge I got from intensive studies. And if I didn't even study a language intensively then I'm back at square one. But it has to be said that even square one isn't nought as long as I know some related language(s). For instance I haven't studied Sardic, but when I have tried to read something in it or listen to Youtube videos then it doesn't seem to be too difficult. On the other hand I have had some pauses in my Irish learning, and each time I have to study hard to even get back at my former dismal level. Why? Because I don't know any other languages of the same kind - and also because Irish is by far the most exotic language on my agenda - far more exotic than Greek or Albanian or Indonesian.

When I left the university in January 1981 I could speak maybe six or seven languages and read around twelve. Then I discovered that all the good jobs at the university level had already been occupied by people from the egoistic 68-generation, and they couldn't be expected to leave soon. Besides I already back then foresaw that French education in Denmark didn't have a bright future - and the development since then has been far worse than I expected so I was right in predicting a gloomy future for language learning in Denmark (apart from English which you literally can't avoid since it is stuffed up your a*** everywhere). So I parked ALL my languages (except Danish, English and to some extent German) for some 25 years until I by chance discovered HTLAL and decided to relearn my lost languages and maybe add a few more. And lo and behold, the languages I had worked on up to 1981 came back fairly quickly.

At that point I could still speak a bit of Spanish because I had traveled a lot in Latinamerica, some French and German because I had travelled in Europe, but my Italian had become fairly rusty and my Romanian had disappeared except for one word: scrumiere (ashtray) (being a nonsmoker that's actually slightly weird)... but these languages returned without much of a fuzz.

On the other hand I had started to learn Russian and Greek around 1980 without getting anywhere, and I still remembered one word in Russian: преподавательнитса (because I found it hilarious) plus of course the two alphabets - but nothing else. And my Latin had disappeared to such a degree that I couldn't even read simple funerary texts in churches any more. My Romance languages came back to working level within maybe year (helped by a bit of travelling), but my Russian and Greek were clearly below the bottom limit so with them I had to start from scratch. And Latin? Well, I restudied my very first textbook from high school (gymnasium), "Mikkelsens Læsebog", so my ability to read came back - but I had never learnt to speak or write freely in it so it was a struggle to activate it, and I still don't feel quite comfortable with this language - maybe because I use it too rarely. And I use it too rarely because I can't think fluently in it between my reading sessions.
3 x
Post Reply
23 posts

Users browsing this forum: half entity and 2 guests