I was limited to 11 options in the poll so I picked what Google told me was the most common.
0 x
: 22 French Paperbacks Read: 7736 pages 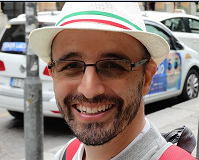 My answer is not among the options. I would vote "Brazilian Portuguese"
0 x
Please correct my errors in any tongue.
Visit my blog (In spanish)
Visit my youtube channel (In spanish)
: 10 C1 before being 55 years old
: One year studying Russian.
Are you looking for an online spanish tutor?

El Forastero wrote:My answer is not among the options. I would vote "Brazilian Portuguese"

Well, I can't be part of this poll, but I do know that when Spanish speakers speak Korean, I find it interesting -- not to mention cute. The other way around is nice, too. I think members of both Hispanophone cultures and the Korean speakers find each other intriguing, so they mutually adore each other's accents when speaking one another's languages.
0 x

I suggest that the poll be modified to include English, specifically as spoken by the Irish, and that native English speakers be permitted to choose such an option. The Irish, by their very pronunciation of English, turn the most mundane utterances into great prose, into lyrical poetry, into pure music! The Scots and the Welsh would take a close second place!
3 x

First, to me there is a difference between "sexiest" and "most attractive." No accent seems 'sexy' to me.
I agree with Speakeasy about Irish, at least in small doses.
I also like to hear the posh British accent, though again in small doses.
And too some accents from the American Deep South.
2 x
Tu sabes cuando sales pero no sabes cuando regresas.

Errrrm. I never thought about this

(stop judging me! the heart wants what it wants!)
4 x
Norwegian Duolingo:

I'd split English into American and British.

But then I chose other things.
1 x
Tagged posts: Language Method Resource
Please feel free to correct me in any language, critique my posts, challenge my thoughts.
I am inconsistency incarnate.
Go study! Publisher of Syriac, Aramaic, Hebrew alphabet apps at http://alphabetsnow.zyntx.com

SCMT wrote:I'm a little confused by the "English" option. Are Brits non-native speakers of American?

I think the point is that in a language like Russian or Finnish there's no significant difference between a British and an American accent. (hmm what's the difference in Spanish, zenmonkey?)

As for non-native accents in Russian, I'm not sure I've ever described one as sexy, but the only time I remember someone's accent making me like them more, it was Iker Casillas (a native speaker of Spanish who has some connections to the Basque country but doesn't speak Basque). I can't prove that stereotypes weren't involved even though he definitely didn't sound "passionate" or anything like that to me (in a video obv). I think he sort of surprised me by sounding so calm tbh