As far as I know, the French stagger their half term and Easter holidays depending on the département. So yes, probably holidays!
1 x
Corrections appreciated.

* FSI:
a few more lessons from this. I will need to loop back & do some more drilling at some point to improve my immediacy, but there's only so many repetitions I can stand in one go! I am improving at the exercises where they switch bits of the sentence around - I find it quite tough to 1. understand what has been said 2. remember the previous thing that was said 3. figure out which bit needs to change 4. reconjugate any verbs or whatever else needs to change, & hold all that in my head without looking at the notes.

But I am getting better, slowly.

* Reading:
a bit more of 'Traité du Zen et de L'Entretien des Motorcyclettes'. my copy of 'Les Royaumes du Nord' arrived & I'm really enjoying having some physical books again, it seems like ages since I've bought any in English. I really like the 'folio' size - english paperbacks seem to have been getting stupid large lately - & they have some nice artwork:

* Converation Exchange (writing only):
my partners are back from holidays so I've been doing some writing. I'm trying to use the dictioary less, so I'm expecting lots of corrections.

* Anki:
I've been neglecting Anki lately, but I've been making an effort as I find it works really well for me & I can just pick it up and do a few minutes if that's all the time I have.

* Listening/Watching:
I'm really enjoying 'Les Revenants' & am half way through the second series now. I'm not really one for zombie films/shows, but this is compeltely non-stereotypical & rather intelligently done. I'm watching it with French subs & understanding the vast majority, even though that's probably more from reading the subs than from listening. if anyone has any suggestions of anything similar I'd be interested to hear them (no Buffy please though

badger wrote:* Listening/Watching:
I'm really enjoying 'Les Revenants' & am half way through the second series now. I'm not really one for zombie films/shows, but this is compeltely non-stereotypical & rather intelligently done. I'm watching it with French subs & understanding the vast majority, even though that's probably more from reading the subs than from listening. if anyone has any suggestions of anything similar I'd be interested to hear them (no Buffy please though

just for fun, since it's been three months, I thought I'd take the Dialang test again (previous score in brackets):

I know these scores may not correspond very closely to real CEFR scores, but I think they're a yardstick of sorts for progress, & there seems to be some sort of progress, which is quite gratifying.

I'm not quite sure how I've gone backwards in vocab though & C2 for reading does seem rather unlikely ...

* Converation Exchange (writing only):
I'm still getting a lot out of this, not least being able to try stuff out on native speakers. some of my terrible grammar from last week came back corrected as I'd expected, some of it didn't, mais c'est comme ça qu'on apprend.

* Anki:
still working my way through the '5,000 most common words' deck, plus my own decks of verb conjugation & random vocab.

* Listening/Watching:
I finished series 2 of 'Les Revenants' which I got a bit lost in as I must have missed an important bit of plot somewhere, but I still liked it & was pleased to have been able to understand the majority of it with French subs.

one of my exchange partners suggested "Le Bureau Des Légendes" which is a drama about the French version of MI6/CIA & has kind of a 24/Homeland feel to it. I've started watching that & it's quite slow-going as there's a lot of pretty dense dialogue & I'm having to pause it read some of the subs, but I'm rather enjoying it.

* Grammar:
I spent a bit of time on grammar this week as I think this has been holding me back from being able to produce some of what I want to in my writing exchanges. as much as I like 'Le Nouvel Édito', having a monolingual grammar book isn't always terribly helpful, at least not at my level where some guidance on whether the constructs are used the same way as in English would be helpful.
3 x

Congrats on your progress! Is the vocab score the one where you have to guess real/fake French words? If so, I wouldn’t worry about it changing!
1 x
Corrections appreciated.

MamaPata wrote:Congrats on your progress! Is the vocab score the one where you have to guess real/fake French words? If so, I wouldn’t worry about it changing!

such are the vagueries of online testing I suppose. that section does start with the "is this a real French word" thing, but then there are 'proper' questions too - I'm not sure whether the former is used to decide what questions you get in the latter.
1 x

I've been slightly distracted by the World Cup (cricket version) lately, so I haven't been getting as much study done as normal, but still making some progress.

* FSI:
about half a dozen mp3's worth, so a couple of hours in total probably. it included a section on large numbers, culminating with 1.955.395, or un million neuf cent cinquante-cinq mille trois cent quatrevingt-quinze.

* Reading:
no books, but lots of susbtitles.

* Converation Exchange (writing only):
still enjoying this & learning from it. I'm much less bothered about making errors if I'm trying out something new, although obviously I try to get it right. I quite often do get the new thing right & then screw up something simple instead.

* Anki:
still working my way through the '5,000 most common words' deck. it's a bit annoying as I was half way through effectively the same thing on Memrise & going through 'cat', 'dog', etc. again is a bit tedious, but it's something to do on the train still.

I'm still enjoying "Le Bureau Des Légendes" but frankly I have little chance of understanding it by listening - reading the susbtitles is enough of a challenge. I'm nearly at the end of the first season, so I think I'll hold off on starting the second one for now & watch something a bit simpler instead.
2 x

I seem to have missed a log last week, so this will have to do for two weeks.

* FSI:
quite a lot of FSI since I last logged - I'm virtually half way through the first half. some modules I find easy & skip through a bit, some I find trickier & replay bits until I get them. the word order of French pronouns still does my head in - it's like listening to Maître Yoda sometimes.

* Reading:
'In which Eyeore loses his tail" from 'Winnie L'Ourson" & lots of subtitles.

* Converation Exchange (writing only):
still doing this and writing 4-5 emails per week. my production is definitely improving, still lots of corrections, but (mostly) not the same things every time. also interesting to get a variety of French/Canadian/Algerian French.

* Listening/Watching:
I finsihed season 1 of "Le Bureau Des Légendes" which I really enjoyed. I was going to hold off on starting season 2, but I've watched the whole of that too now. to be honest, it's probably been more reading practice than listening practice, but it's still been useful & I've picked up a few interesting bits & pieces of grammar as well.

I haven't listened to JeFF for a while & my listening is in dire need of some work, so that's on my list for this week coming. 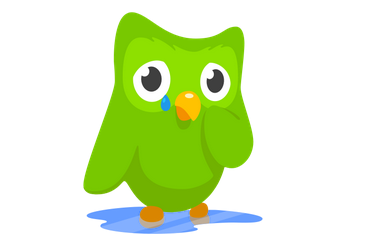 I have been rather distracted from my French studies this week by the release of the long-awaited Duolingo Arabic course. I did have a brief dabble with Arabic back at the start of the year and got about half way through the alphabet, so I at least know a bit about the different form the letters can take, diacritics and stuff. I'm not sure the DL method on its own would do much for me, but the repetitions are quite helpful. I doubt I'll take Arabic very far - I'm more interested in the writing system than the language itself to be honest - but it would be nice to have a smattering of Arabic to complement my French if/when I go to Francophone North Africa, which I'd very much like to do.

I bought a little French grammar book - "Essential French Grammar" by Seymour Resnick - which has proved to be a bit too basic. on the one hand it's quite gratifying that I know virtually everything in it

it might have been better for them to include a bit more grammar rather than 20+ pages of "useful cognates". oh well it only cost me £4 including postage (it's rather second-hand & was printed in 1965!).

I'm still plugging away with Anki & FSI, & making slow progress. I've been making a bit more of an effort with JeFF & my listening seems to have improved a bit since I was last doing it, but I still really have to concentrate or my attention wanders & I only pick up the vaguest gist.