My name is Carson Gundersen. I am a native english speaker and am fluent in Portuguese. i can also speak spanish! I would love to expand my knowledge of the spanish language and learn more languages! I can also help with Portuguese!
1 x

I'm rather bad with introduce-yourself-posts, so grab some popcorn and have a laugh. My name is Quinn, I'm a Biology student in Austria and I started to learn French a year and half ago. I felt that I needed something other than Uni, something I learn for myself. So I assigned myself to a language Course and Paid 200 Euros. That Money was wasted and I felt rather dumb...this is the next attempt and I`m sure I'm going to succeed this time around.

I own a dog, play the piano rather badly, I love to read and sometimes I write a little. Hiking is also great...I'm a nature Enthusiast in general. I also mostly ignore when my browser decides to use big letters instead of writing words low cased.

Feel free to send me a messege if you have any questions.
3 x

I'm rather bad with introduce-yourself-posts, so grab some popcorn and have a laugh. My name is Quinn, I'm a Biology student in Austria and I started to learn French a year and half ago.

Hi there Quinn, welcome. It was a small surprise to me that another native of German joined the forum #OidaFuxi [1]. Because we aren't that many

[1] To the others: This is an intranslatable colloquial idiom. But it literally means "old small fox".

Feel free to send me a messege if you have any questions.

When I joined, I couldn't send any messages until my 5th or 10th post. Could still be the same now, also for receiving. Since you mentioned EN and FR in your list, do you plan to learn more about any of those here, or is it about a new project?
0 x
Previously known as SGP. But my mental username now is langmon.

Hello, everyone! I've been an off and on lurker of this forum since its HTLAL days. Having just gotten back into language learning after a couple year hiatus, I thought it would be nice to finally join this forum to motivate and refine my studies. I want to work specifically on getting more input in my target languages.

I've just purchased a copy of Complete Latvian to begin a journey into a language I've wanted to learn for a long time. Does anyone here study or speak Latvian? I've noticed there is no entry for it in "The Master List of Resources"; I'd be happy to help build the list after I've gotten some more experience with the language.

Aside from Latvian, my other goals are to reach C1 in German and French, and continue maintaining and slowly building my still very-elementary Japanese skills.

I look forward to interacting with you all. Alles Gute!

My name is David, and I'm from Hungary.

I speak several languages, it was always a great hobby for me (and of course it paid off in my career as well).

I've started a project now: I'm learning Norwegian without a teacher and I monitor my progress with a blog. It's not just my progress, I would like to share my language learning techniques, my reviews of materials and of course I accept tips and comments as well. If you're interested, you can reach it here: https://oneyearlanguagechallenge.blogspot.com/
Or my Facebook page here: https://www.facebook.com/THEONEYEARLANGUAGECHALLENGE

I'm looking forward to your comments and questions!
David
0 x

i am from india and comfortable in speaking in english. is there any indian origin people that have attended an IELTS centre to get better in english can you tell me what they teach you in there and how they improve your english?
Last edited by meghaverma10 on Wed Mar 27, 2019 1:19 pm, edited 1 time in total.
0 x 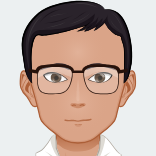 , a native English speaker from the USA. I've studied Spanish and Portuguese intensively and have dabbled in several others as a beginner, including French, Arabic, Japanese, and Ancient Greek.

My first love is Spanish, largely for personal and historical reasons. My father's family emigrated from Cuba to the USA in the 60s, eventually settling in Florida, which is where I was raised. Although we only spoke English at home, I was exposed to spoken Spanish on a near-daily basis, whether at family gatherings, in school, or in the neighborhood. This early linguistic and cultural exposure undoubtedly primed me for learning the language.

I first formally studied Spanish in high school. After four years, I had learned enough to achieve the maximum score on the Advanced Placement Spanish exam, which I found only moderately difficult. I had probably reached a solid, well-rounded B1.

Then Portuguese caught my fancy. I got to about A2/B1 after a couple of disjointed years of coursework with instructors who spoke different dialects (European and Brazilian). Learning Portuguese after Spanish was both easier and harder than expected -- let's just say that I rapidly acquired a third language, "Portuñol," before acquiring Portuguese.

It has been interesting to read about synergy and interference in language learning in these forums and beyond.

Sometime last year, after a very long hiatus from any language study, I found this forum. I became fascinated as I read about the progress people were making in their target languages and the methods they were using. It motivated me to try to regain and even surpass the ground I'd lost in Spanish over the years. I started exposing myself to large amounts of interesting native material, steadily increasing my output in the form of weekly lessons and language exchanges, and studying specific grammatical points as needed. It wasn't easy at first, but I was pleasantly surprised at how quickly it came back. After a few months of daily effort, I realized that I was easily understanding native TL content that would have been difficult for me even at my peak proficiency levels in high school. Now, almost half a year into what I like to call my "Spanish Renaissance," I am committed to achieving an advanced level of proficiency in the language.

Thanks to everyone here for sharing your passions for language learning, and thanks to the volunteers who make this forum possible. You've inspired me to resume a wonderful journey and to start participating in this community. ¡Adelante!

I've been lurking on this forum for an embarrassingly long amount of time. Finally decided I should stop being scared and actually join.

I lived in France when I was young for 6 months, and continued with French in high school back in Australia. Since then my active abilities have declined, but I can still understand the majority of what I read or hear. To be honest, I'm kind of burnt out with French, so I'm hoping to eventually try to rekindle the joy I found in the language, rather than getting bogged down with anxiety.

I dabbled in Danish when I was twelve (not too sure why), but everything I learnt back then has vanished.

I just started Spanish at university, with the goal of going on exchange in roughly two years. I'm trying to make language learning an inseparable part of my life, and this forum has been a valuable resource.

I look forward to talking with everyone!
5 x 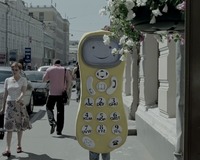 Hi everyone, I'm Marina. I'm Italian and I've been fond of languages from as long as I can remember. I had the chance to learn English, French and Spanish in high school, and, after a two-year break, a few months ago I started actively learning Russian from zero, which made me love languages again. Right now, according to my Russian teacher, I'm close to reaching a B1 level in this language, and I plan on concentrating on Russian only until the beginning of the summer. Then, I plan to continue learning Spanish and French, since I haven't been speaking these languages for basically two years and if I don't do anything, I'm afraid I'm going to forget them. Also, I plan to take some English speaking practice, because I love speaking English, but don't have occasion to do so in my daily life. I just found this forum and I'm sure it's going to be super useful to practice and to connect with other language learners