All about language programs, courses, websites and other learning resources
Post Reply
313 posts

lsilvaj wrote:Are the sentences in the new Glossika the same ones as in the old books? Like "My brother and I are good tennis players".

Yes, the sentences are the same. They've added some sentences in some languages and will likely continue to do so. A few courses likely have less than the original 3000.
2 x

Just received an Email from Glossika Support entitled "Alert: Download Your Files by Feb 28". I would imagine that all former Glossika customers (that is, those who purchased the previous editions of the Glossika files) will receive this same message. In the event that someone might have slipped below the radar, I have provided the text of the Email. I have also added the links that were imbedded therein.

"A big THANK YOU for your continuous support over the years!

Team Glossika is always looking for ways to deliver language solutions and bring you the best personalized learning content. We continue to innovate, improve, and most importantly, learn along with you on this journey.

Glossika's old accounts will be closed on March 1st, 2018 so be sure to download your previously purchased files, Schedule Guide, and User Guide from your old Glossika accounts by Feb 28, 2018. >> Log In (https://glossika.com/login?r=/account/library)

In addition, we're migrating and upgrading the Alphabet Games to the new platform, so they'll be temporarily disabled. (https://ai.glossika.com/)

Please let us know if you have any questions! 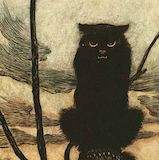 That email went to my junk folder. Oh well.
1 x

I wish they let us be able to use the website form for the languages that we have actually bought. Let us also buy the languages from their web version rather than just giving us access to all of them. Especially for people who don't really need all of those languages.
0 x
: Nicos Weg B1
: Glossika German Fluency
: Assimil German (1989)
: PMP Complete German Grammar

Glossika has just released a function/minigame for all 59 languages called Translation. You hear the target language and then select from 4 translations in another language.

This is pretty close to running through the course from the very beginning because the sentences are given in order (while still being grouped into A1 Low - B2 High levels). You can really zoom through the early levels if you have even a little bit of experience with the language. But it can also be challenging because the wrong answers are grouped to be relatively similar.

So if the audio says "She has a car" then the possible answers are all going to be "Does she have a car?" "I don't have a car." and so on. This only really works for the A1 and A2 levels, since later on there aren't as many sentences with near-identical meanings. For example, there's only "Do you blame the government for the economic crisis?" not "I blame the government..." "He didn't blame the politicians..."

I tried it out in several languages and had a grand time. I recommend closing your eyes when you listen to the audio and thinking of the translation in your head first.
7 x

Btw, just wanted to share a project i've been working on the past month or so to convert your mp3/pdf courses into something similar to the AI courses except as a native Android app that doesn't require you to be connected online all the time:
https://forum.language-learners.org/vie ... =19&t=7989
1 x
HypLern - Interlinear books

I thought this story of what the Glossika team goes through to make their courses was interesting. Someone complained that the new recordings for Persian, done by a female speaker, were not as clear as the older incomplete ones, done by a male speaker. Michael Campbell gave this answer:

Michael Campbell wrote:Ariel, the Persian male is a PhD student in Taipei who came to our office to record. We had a deal to do the whole thing, we processed and released what he recorded from the first session, but he never showed up again leaving us with an incomplete job. At the time we had enough leeway: it wouldn't be possible for users to finish the sentences that we had released based on our production speed, however, it did happen and people started to complain because he refused to come back and we didn't get the recordings in time. We tried reaching out to other Persian speakers in Taipei but all of them refused, for fear from their government for doing something outside of their intended PhD work because there are spies from their govt here watching which makes the students extremely nervous. What we had to do was get our contact in Tehran to complete the job with her own equipment, but we had to make a trade in person at the border of Iran because it's impossible to get payments to people inside the country. It was logistically complex but we got the job done and added the rest of the sentences. Since the female was a more complete job, we eventually switched all the male sentences to the female version. Thank you for your understanding and please accept our apologies for the ordeal.

Michael Campbell wrote:we had to make a trade in person at the border of Iran because it's impossible to get payments to people inside the country

Michael Campbell wrote:we had to make a trade in person at the border of Iran because it's impossible to get payments to people inside the country

Wow! I wonder why he didn't just go to Upwork.