An area with study groups for various languages. Group members help each other, share resources and experience. Study groups are permanent but the members rotate and change.
Post Reply
350 posts 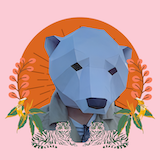 Is there indeed some backlash in the Latin online community or is it just the aberration of my perception (or Google search results)?

First, I've noticed this reddit thread on how Luke Ranieri oversells LLPSI, and then this video which urges us to stop worshipping Ørberg (it's long but it also has a full transcript here).

Given my experience in language learning, I never took Luke's claim that LLPSI will take me to C1 seriously. Nor did I ever consider LLPSI a perfect textbook (it's just a textbook, so it won't get me to the level I want, right?). But I wonder if there's some mutiny on our Latin ship foaming and what are its causes...
6 x

einzelne wrote:Is there indeed some backlash in the Latin online community or is it just the aberration of my perception (or Google search results)?

I wonder if it's just part of the slow shift you're seeing across the language learning community against immersion-only learning. While it's still the norm on Reddit, I have noticed people in the past year or so speaking up against the Matt vs Japan idea that immersion learning is the end-all-be-all of language learning. I would expect there to be some backlash against LLPSI in the same vein as that, and could see this being part of it and that discussion being more prevalent in the Latin community given how well known LLPSI is compared to other immersion books (if they even exist) for other languages.
8 x

I think these things are just part of the natural ebb and flow of the language learning community. Most experienced learners know that multiple resources are usually necessary and no matter how good a single resource is, it usually has to be supplemented with other resources and strategies. But there's always new learners who start following what's currently got a lot of hype behind it, and when they find its not enough they can be critical of it. There's also the difficulty of people fully reporting their language learning experience, so if you've got a generation of learners who were forced to do lots of grammar translation for Latin and then they find LLPSI and discover it helps them a lot and then say LLPSI is all you need, then new learners with no grammar background try it and are frustrated they're not getting the same results because they didn't do the same thing.

Luke Ranieri for instance does a lot of grammar drills in addition to comprehensible input, and I think on his site he does encourage and sell recordings for memorizing grammar paradigms, but people focus in more on the comprehensible input. He also obviously reads a ton about linguistics and phonology to make such nerdy deep dive videos, if for example you look at his 5-stage scanning exercise for poetry or his video on scanning Latin prose (general idea can be gotten just watching a few snippets), its obvious he works through texts incredibly meticulously and brings in a lot of background knowledge to analyze them, which is necessary when reconstructing a natural sounding pronunciation for a dead language. While the recordings he produces makes the lives on Latin learners much easier, the knowledge and effort he puts into producing them also means that he does a lot more intensive study than most of his audience, so most of them will have no where near the same experience as him in using these materials. That doesn't mean learners need to replicate exactly what he does, but they'll probably need to do some kind of intensive/deliberate study or supplement with other kinds of resources.
8 x

Well, the moment someone decides a YouTube person, they need to follow the rules of the game, if they want to succeed. (Who knows about a wonderful channel with Latin poetry Latein Rezitation? A random video has on average 20-30 views...) My only beef against Luke and other LLPSI fans is that they are too obsessed with this textbook. As a result we have lots of recordings of LLPSI by nobody cares about audio for other textbooks which would be of tremendous help. May be there are some copyright issues with Cambridge Latin Course or Ecce Romani but there are good old books like Latin for Today or some graded readers like Reynolds' Latin Reader not centered on Roman life but on scientific texts...
5 x

guyome wrote:(...)why have þ and ð been spared when every other letter is mercilessly brought in conformity with modern fonts?

Maybe because they still are used in Modern Icelandic? The others aren't. But speaking about Old Norse: practically all editions of the old sagas are also tampered with so the 'pedagogical' editing is not limited to Anglosaxon, but at least letters like ǫ and œ are still used in those editions.

As for Latin pedagogics: I was taught Latin long ago with the grammar-translation methode, where the only accepted form of output was simple translations from Danish into Latin - and I blame the lack of active use for forgetting the language as soon as I stopped learning it. However when I then took it up again many years later I found that it was piece of cake to revamp my grammatical and lexicological knowledge, and then I 'only' had to activate the language so the GT-method was good at what it did. The problem was that it was blatantly passivistic, and that we used texts that were so hard to decipher that reading them resembled rebus solving rather than reading a living language.

As a Dane I of course knew about LLPSI (and have even read some of it), but it's still a textbook, and I prefer to use hardcore bilingual texts from genuine sources and things like the web-newspaper Ephemeris - but it wasn't updated often enough, and reading about Roman battles became slightly boring so for the time being I'm not terribly active keeping my Latin fit for fight.

As for Luke Ranieri: he has done some valuable work by participating in the Ecolinguist's quiz series with some videos where speakers of other languages should try to guess the meaning of Latin speech, with varying degrees of success. I had not even noticed that he was a protagonist of the immersionist school too, which just goes to show how little I care about language learning theories..
6 x

The Ancient Language Institute is starting a course in Old English, and they're developing a (currently half complete) nature-method style book to learn from. They go through the first lesson starting at 8:40 if anyone is curious to see how it is. They don't have drawings yet, but for the lesson they do some quick live drawing and repeat/rework the vocabulary a bit more and it ends up working pretty well. I don't know if/when it will be available for independent study, but hopefully they'll release books and audio on their own eventually. I believe Luke Ranieri also teaches for them, so its cool to see classical language teachers getting more organized and developing more materials for learners.

I've said before I don't think nature method is the be all end all of learning, and personally I think some more audio recordings of Old English prose would be a lot more interesting and helpful, but I always welcome more easy listening content for historical languages, so its a cool development none the less.
13 x

As I currently do not see a thread in the resources section of the site relating to Newari (Classical or otherwise), I'm dumping this here:
https://hasp.ub.uni-heidelberg.de/catalog/book/764

This guy's youtube channel is also great! He will be the one teaching Old English with the Ancient Language Institute.
5 x
Goals: before Jan. 1, 2023
15 French Books:
Dabblings:
ASSIMIL Le russe:
Post Reply
350 posts