An area with study groups for various languages. Group members help each other, share resources and experience. Study groups are permanent but the members rotate and change.
Post Reply
582 posts

Shamelessly piggybacking on the excellent work people have done creating groups for French and Spanish, here is a group to share the miseries joys of learning Russian.

- We want to encourage other people to join the madness, so please be thoughtful, welcoming and polite! Support one another.
- Please provide an English translation if writing in Russian (or other languages). Some of us (by which I mean me) have rather limited skills!
- Follow the forum rules, particularly when it comes to copyright
- Introduce yourself! Why on earth did you pick Russian, how long have you been studying, what are your goals, and anything else you feel like sharing!

If there is anything you would like me to add or include let me know!
10 x

There are other forum discussions available: about introductory courses and starting Russian, about videos with subtitles and Russian native media recommendations.
Last edited by MamaPata on Mon Feb 05, 2018 2:37 pm, edited 10 times in total.
8 x

Всем привет (Hi, everyone)! I've been studying Russian on and off for more years than I care to remember now, but never with any great consistency. I tend to make good progress in short intense projects, only to abandon my studies in service to other demands and let most of what I learned all melt away again without maintenance. This means I've made gradual progress over the years, but more along the lines of a salsa dancer, with as many steps back as forward and a generous supply of 360 degree turns. I'd ideally like to be a more consistent, forward-stepping tango dancer and reach an advanced level in 2017, especially as my wife is Russian and we'll be raising our new baby daughter bilingually in English and Russian. Желаю всем тоже успеха в достижении ваших целей в этом году (I wish you all success in reaching your goals this year too)!

Thank you for starting this group, MamaPata

I was in the Russian TAC team last year but ended up not doing very much Russian at all, so determined to do better this year

I have wanted to learn Russian for over a decade and had several false starts because it all just seemed too difficult. In between I have learned another Slavic language (Croatian) to a reasonable level so I'm hoping that will mean my learning curve isn't so steep with Russian this time around and that I'll make better progress.

At the moment I am very much a beginner and working my way through the Russian Duolingo course. Ultimately my goal is to speak well enough to be able to travel in Russia without being terrified

I quick intro for anyone who doesn't already know my story.


If anyone has any questions about me, how to learn, resources etc. Shout up, and I'll do my best to answer.

Here's wishing all my fellow Russian learners good luck, keep plugging away and enjoy the ride! 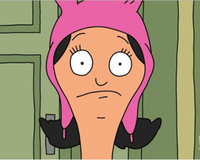 Yes! I was hoping a study group would be made for Russian

Russian has interested me for a long time and I can't give any reason as to why, other than the fact that I know shamefully very, very little about Russia. I shouldn't say nothing because as an American, I feel that I was subconsciously raised to be apprehensive when it comes to Russia, but again I don't really know why, at least not as well as I should. I don't know much at all about Russia, it's people, and it's culture. It's that mystery that attracts me to Russian, so that's why I'm trying to learn it.

My main language right now is French, and I wasn't certain if I'd be able to fit Russian into my day, but for the past month I've formed the habit of studying Russian for 30 minutes a day. I'm well aware that the progress will be slow at this rate, but 30 minutes a day is what I can comfortably dedicate to Russian these days and I believe the consistency will pay off, eventually.

What I've done this past month or so:
—3 disks of Michel Thomas Russian
—First 6 or so units of Duolingo just to stay acquainted with the Cyrillic script

My pace is slow, not only because I study only for 30 minutes, but also because half of that time is spent reviewing what I learned the previous day. Duolingo isn't really a priority for me right now; I simply use it so that I don't forget the Cyrillic script while I work through Michel Thomas. I hope to start Hugo's Russian in three months next and either do Assimil slowly in conjunction with Hugo's, or wait till I finish Hugo's. I'm not sure yet. This will be a long, long journey, but I'm glad to find some other people who are interested in the same journey

I swore I wouldn't get (back) into Russian before 2018, but, well, it's happening anyway (ahem, MamaPata, you need say nothing...). Mostly because people were very "helpful" suggesting French courses (Fortheo, this is your fault. I blamed Ani over on my log, but it came from you!), and I needed something for laddering (I'm a proponent of laddering for the sake of L2, what L3 does is just bonus).

I started with Russian in '05 or '06, back when I really had no idea how to learn a langauge, and learned very haphazardly. I've been to Russia (Ekaterinberg) three times, once being stuck with monolingual Russian speakers for several days (college was fun). I can read at about A2, and put up a decent try at A1 speaking and listening (don't even try to get me to write, I need a negative number for that one).

I don't really know why I'm learning Russian - I have some Russian friends, and the idea of the literature is interesting, but I'll probably use the language super rarely. I actually considered living in Russia at one point, but it didn't work out. Of course, I could say that I don't have good reasons for a lot of the languages I learn, so, why not. It seems a shame not to at least play with what I learned a decade ago (and for whatever reason, seem to retain much of).

As for goals - right now, just pick at it and see if it progresses. If something changes or I have some sort of breakthrough, maybe I'll give it a bit more time, but don't expect me to do any hard work on it for at least a year or so.
7 x

Not really actively learning Russian so I'm not sure if I should be in this study group. I'm a Russian who grew up in USA, so I'm fluent in speaking/understanding/reading but since I never went to school in Russia I've never really wrote anything in Russian at all. So you can say I'm "studying" how to write in script.

I've found a great, free resource if anyone is interested : https://ilrussian.files.wordpress.com/2 ... sheets.pdf

I swore I wouldn't get (back) into Russian before 2018, but, well, it's happening anyway (ahem, MamaPata, you need say nothing...). Mostly because people were very "helpful" suggesting French courses (Fortheo, this is your fault. I blamed Ani over on my log, but it came from you!),

Mouth zipped! That maniacal cackle you can hear is definitely coming from someone else... Glad to have you on board!

If it's not being terribly nosy, why Ekaterinburg?
3 x
Corrections appreciated.
Post Reply
582 posts