An area with study groups for various languages. Group members help each other, share resources and experience. Study groups are permanent but the members rotate and change.
Post Reply
557 posts

I will be happy to join! Here is my log:

My main resource for German in the beginning was “Methode90” (based on French), now it’s almost only reading parallel texts and watching films. This year I signed for Output Challenge, but I wrote just one page! Next year it will be definitely more active studies (a kind of new year resolution).
2 x

I’d like to join the group too. I like German, but it doesn’t make me feel all tingly and giddy inside like Spanish does, so it’s nice to have a bit of external encouragement. And maybe with time, I will fall madly in love with German too.

I started learning German a bit over a year ago because I’d decided to attend the Polyglot Gathering in Berlin and wanted to know at least some tourist German. Also, I thought it would be super easy since I already know Norwegian. I was wrong about that. It is pretty easy compared to a more exotic language, but it still takes a bit of work.

Before starting any actual study, I spent a few weeks just learning the pronunciation using various websites and YouTube videos. After that, I jumped in with Assimil. I’ve only done the first level, because the higher level course is only available in French and I don’t speak French. I started the FSI Programmed Introduction course before I’d finished with Assimil, if I remember correctly. It was very basic and pretty easy to get through. I also started Duolingo, but I’m still not done with that. I have a very on-again-off-again relationship with Duolingo. After finishing Assimil and the FSI Programmed Introduction, I took up FSI Basic, which is much harder and very dry. I’ve done the first half of the course, but it was getting to be too much for me and I decided to set it aside. I’ll probably pick it up again at some point, review all the lessons in the first half and continue on with the second half, but not just yet. I’ve also got the workbook series “Übungsgrammatik Deutsch als Fremdsprache,” and I’m nearing the end of the A volume. I’ve also done a few lessons in GLOSS, but not many yet.

Besides that, most of my study has involved reading novels, first Tintenherz and then several Star Trek novels in translation. I’ve also read a few Donald Duck comics. That was one of the ways I learned Norwegian. Donald Duck is a pretty good language teacher. I’ve also been watching some TV in German, but I still haven’t found a German show that’s as addicting as the Spanish language TV I’ve been watching. After calculating that I’ve listened to more than 500 hours of Spanish, I’ve realized that I need to increase my German listening. I’ve probably only listened to about 60 hours of German. Still, because of the boost I get from Norwegian, my German is far ahead of where my Spanish was after only 60 hours, and I’m sure my German skills would quickly overtake my Spanish if I devoured as much German media as I do Spanish. I’ve downloaded the TV apps recommended by Systematiker, so hopefully, I will find some fun stuff to watch.

My log is listed in my profile, but I didn't link to it here because I will start a new one in January anyway.
4 x

I just found the homepage of the cultural association of the Hungarian minority in Ukraine which hosts several .pdfs of textbooks used by Hungarian Ukrainian schoolchildren over the past 15 years. Of interest are some German textbooks especially this reader for students in 7th grade (12-13 y.o.). There are also textbooks on the site for teaching German grammar ("Német nyelv" in the title means "German language" in Hungarian) such as this one for students in 8th grade (13-14 y.o.), however these are clearly designed for the classroom with their lack of answer keys, and exercises requiring a partner or a small group. Despite all of these books for German using Ukrainian as the intermediary language, the amount of Ukrainian is minimal in the reader, and there's even an answer key there for the short sets of exercises which follow the texts. I think that this could be useful for anyone wanting to practice their reading comprehension in German using rather simple texts.

Most of the other texts on the site are in Hungarian, and for me are especially interesting because of all of the readers with excerpts of works or poems by Hungarian writers as well as translations of works by non-Hungarians. Even browsing a math or geography textbook for Hungarian Ukrainian schoolchildren is a bit interesting for me since I get to see some technical vocabulary that I wouldn't encounter in a course meant to teach Hungarian to foreigners.
6 x

That looks good, Chung, thanks!

Btw, I think your post would be the absolutely best answer for all those people asking on various forums: "Can I use my L2 French to learn German, or will it harm my progress?"

I've been a lurker at these forums for some time, so thought I should finally post something here.

I started learning German about 2 months ago, my current resources are Pimsleur, Michel Thomas, Memrise and I'm trying to get some native input from YouTube, at the moment I'm watching Extr@ auf Deutsch. I feel like I could do with adding on some textbook learning also.

My story with German starts about 6 years ago when my ex wife decided to move herself and our children to Switzerland, so I have been a regular visitor to Switzerland but I had never really had any interest in learning the language partly due to the chip on my shoulder and partly due to Swiss being an awkward language to learn. Fast forward to this year and due to various changes in my personal circumstances I've considered moving to Switzerland to have more of a normal life with my kids rather than all my time with them feeling like a holiday.
If I do decide to move over there then obviously knowing German will be a big advantage for finding work, and while I could have gone the route of learning Swiss German I have decided against that for now mostly due to the lack of resources and the variability of the language from place to place, so High German it is.
I'm at the point now where I've spoken with my boss about my desire to possibly move there and as he really doesn't want me to leave he's offered me a pretty good deal whereby I can be in Switzerland for 10 days a month and work remotely and he is helping towards the additional costs, so I'm going to take this opportunity as a way to test things out, see how I get on with the language, see how much I enjoy being there when I'm not just 100% with my children and then go from there.

My goals are just to improve to the point where I can consume native material easily and have reasonable conversation, but I have no real need or desire to hit a specific level or pass any exams.
5 x 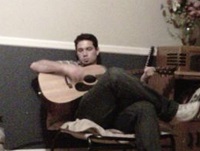 Count me in! I started learning German maybe 3-4 years ago and have been in love with this language ever since (and it also led me to finding the HTLAL community). Hopefully I can share wisdom with those just starting out, as well as gaining wisdom and experience from those who have more experience in the language than I do.

For those of you interested in the academic language and content I am pleased to share the portal of The University of Tübingen hosting online lectures:

as well as a collection of links to other university lecture available online in German:

While it is true that English is unparalleled when it comes to the availability of the university lectures, the students of German are by no means depraved of the joy arising from listening to them. Listening to German language lectures about the history of the French literature had made me very enthusiastic about German at the early stage of my linguistic adventure.
11 x
BCS 400+ :
RUS 2800+ :
SPA 1500+ :
CZE 1900+ :

Theodisce those are such useful links! I was going to post something similar to my log but arguably not as useful as the links you posted.

Unlike a lot of universities in the US, German universities appear to provide a good chunk of the course reading to their students in what is called a "skript" (or Vorlesungsskripten). Turns out if you type search (without the quotes) "skript [subject of your choosing]" it's fairly easy to find PDFs of them. I downloaded four or five intro to linguistics skripte yesterday. To give you an idea of how long they are, the shortest was a little over 50 pages and the longest was over 200.
6 x
Prefered gender pronouns: Masculine

I'm not sure if this is the right thread but do you know of any TV series (<30 min) published online with matching subtitles? There are countless of dubbed TV series on sites with questionable legality but nothing with subtitles. I collected a handful of TV sites and began following Tatort on Das Erste but they are 90 minutes long, only available for a few days and not until late at night.

In a perfect world, I would want something like Scrubs, Friends, Big Bang Theory, Californication or even anime such as Full Metal Panic. Each episode around 30 minutes with subtitles and full archive accessible online. Now I feel like there are three alternatives:

1) Buy DVDs, which is costly, and hope that the subs match the language.
2) Watch TV series without subtitles.
3) Watch sporadic episodes of Tatort.
0 x
Log: An ounce of action is worth a ton of theory | native material ▸

The links to the lectures look very promising, thanks!

Looking for a resource on declinations. I am now using Duolingo and hoped I was wrong. Unfortunately, I still struggle with the same things, so my theory "Duolingo is great as futher exercise source or as the first sample of German learning, but nothing more" seems to hold. I think I have seen workbooks on declinations but cannot remember names, I'll try to google the stuff. However, would anyone remember or does anyone have a good recommendation, please? I need tons of exercises and examples. I more or less understand the issue, I get the real basics, I get quite a lot of things right, but I still make tons of mistakes and it's a shame and it is one of the things standing between me and progress.
1 x
Post Reply
557 posts