An area with study groups for various languages. Group members help each other, share resources and experience. Study groups are permanent but the members rotate and change.
Post Reply
335 posts 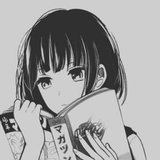 Does anyone know a good online dictionary for Norwegian?
0 x
Follow my progress - Japanese/Dutch/Norwegian 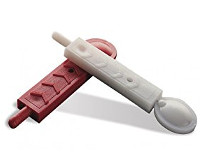 Hej Elenia and others, sæl og blessuð! I can't recall if I ever posted here before, so here I am declaring my allegiance to the speech of the frozen north.

Icelandic is my only active Scandilang, in which I'm staggering towards A2; many years ago I was probably A2 in Swedish but I haven't studied it seriously since then. I have watched pretty much all the scandi-dramas that have been on the BBC (in Danish, Swedish, both and Icelandic) if that counts towards my credentials!

It would be great if there were enough Ísl learners to keep a discussion / support group going on this thread (and heaven knows one needs all the support one can get...) but anyway count me in.
3 x
Corrections welcome here

Welcome, Neurotip! I don't know about the others but I positively welcome discussions about (and in!) Icelandic here. Go on, feed my wanderlust! As with all the languages, do add translations for everyone else if you're writing anything more than a few words

Elenia wrote:Go on, feed my wanderlust! As with all the languages, do add translations for everyone else if you're writing anything more than a few words

Elenia wrote:Go on, feed my wanderlust! As with all the languages, do add translations for everyone else if you're writing anything more than a few words

Morgana wrote:2. Is anyone aware of a similar service for Swedish films and tv series, that streams or sells downloads internationally? Netflix Canada has only a very limited selection of Swedish titles. iTunes has a bit more variety, but the price per title varies wildly, and some aren't even available to rent at all (only purchase). It's probably a long shot, but I figured if anyone would know if there is such a streaming/download service, they would be one of us!

There's a new EU law saying that paid content should be available in all EU countries. Canada is a different story though and based on a few searches it seems that a lot of content is restricted to within Sweden. There are a few sites claiming that access will vary depending on copyright holders. Expect accessible content to be in-house productions and set your expectations thereafter.

I believe this site crawls them all so you'll have the content available through one site:

Viaplay is basically the Swedish Netflix where you can watch series and rent movies but it's not available in Canada unless you use a VPN.
3 x
Log: An ounce of action is worth a ton of theory | native material ▸

Hi. I have not posted in this thread for a long time. How is everyone doing with their Nordic languages? I am still working on Danish, but I will be working on Danish forever so that is not really an update

Are there any other Danish learners in this group?

I listen to a podcast called Klog på Sprog, and through that I found out that the Danish dictionary added 1612 new words this week. There are also 19 new meanings and 12 new expressions. Dictionary updates were not something that I had previously given much thought. I also found it interesting to see that the dictionary gets updated twice per year, and I enjoyed looking through the new entries.
1 x
Corrections are always welcome.

If you know me from my French studies/log, don't expect the same degree of intensity. In fact, it will be very different. Now with my "French only years" behind me, like many of us here on the forum, i'll be juggling several languages, with at least three of them being more important than Norwegian for reasons of maintenance/improvement (French), location (Arabic), and potential future employent (Dutch).

Although Norwegian isn't top priority for me, it's still a language I want to learn and one that definitely interests me, or I wouldn't be here. It's also a language my daughter is keen on learning too, and I think it might be nice/wise to encourage her in something that interests her. Since I take it upon myself to read to my children in foreign languages, in order to do so in Norwegian, I need to deconstruct the language and study it actively, albeit for dismally short periods of time, but that's better than not at all.

I also decided a while back that if I wanted to learn either Danish, Swedish or Norwegian, I'd choose Norwegian, as I've been there (so I know I like the place), I've friends there that I'm regularly in contact with, and for reasons of mutual intelligibility, I think it's a good choice too.

So here I am, don't expect lightening-fast advancement- I've only done about 30 minutes of Pimsleur so far and that was enough to both feel very strange at hearing the breakdown of a new language into separate syllables/phonemes and excited to learn more.

Peace out, Pete Mollenburg, for reals an' that