An area with study groups for various languages. Group members help each other, share resources and experience. Study groups are permanent but the members rotate and change.
Post Reply
21 posts

Deinonysus wrote:Well sure, there could have been as few as three migrations from Siberia into the Americas. But I don't think "recent", even relatively, applies. Even if most of the indigenous languages of the Americas are ultimately descended from one language, that would be something very deep into prehistory. Even by conservative estimates of how early the first migration was, it would make Proto-Indo-European look like an absolute whipper-snapper.

Thanks for quoting that chapter from Mallon's book. Super interesting stuff!
2 x

lichtrausch wrote:I was working on an assumption of 20,000 to 14,000 years ago for the original peopling of the Americas. Compare that to when Eurasia is thought to have been initially peopled, 125,000–60,000 years ago.

Thanks for quoting that chapter from Mallon's book. Super interesting stuff!

I think our point of disconnect is that you're inferring that if two languages are from different families, that implies they must not have come from a common ancestor, but this is not the case. It only means that the languages have diverged past the point of recognizability.

If two language groups are separated for so long that it is impossible to find any similarities beyond the coincidental similarities you would find between any two random unrelated languages, can you really say they still belong to the same language family?

It is uncontroversial that there are dozens of language families native to the Americas. Again, this does not imply that most these languages had no common ancestor at any point in time, only that no linguistic link can be convincingly shown.
4 x
Corrections welcomed!

Deinonysus wrote:If two language groups are separated for so long that it is impossible to find any similarities beyond the coincidental similarities you would find between any two random unrelated languages, can you really say they still belong to the same language family?

I see your point, but I think it's a bit early to rule out improved analytic and statistical tools coming around that would allow us to peer back a little deeper in time, even if reaching a conclusion on something like "Amerind" is out of the question.
1 x

Deinonysus wrote:If two language groups are separated for so long that it is impossible to find any similarities beyond the coincidental similarities you would find between any two random unrelated languages, can you really say they still belong to the same language family?

I see your point, but I think it's a bit early to rule out improved analytic and statistical tools coming around that would allow us to peer back a little deeper in time, even if reaching a conclusion on something like "Amerind" is out of the question.

I'm not ruling anything out. Everything in science is provisional. New discoveries can and will spur revisions. That's how science works. But we can't assume that x, y, or z specific thing will be discovered, or act in anticipation of such a discovery prematurely.
1 x
Corrections welcomed!

On topic: I don't have any American indigenous languages in my current plans, but if I live long enough I hope to get around to Quechua, Mayan, and Nahuatl, which I'm attracted to based on their history. I'd also like to try an Algonquian language like Cree because of my New England roots (there aren't many materials or media for the Algonquian languages spoken in my vicinity AFAIK) and the beautiful writing system.
3 x

I love the origin story of the Cherokee syllabary.

I like the story, although I personally take McWhorter with a grain of salt. Why I say that is a political powder keg that touches on several issues, and I'll refrain from setting it off.

But a word to the wise: do not ever tell a speaker of any of these languages, or any other endangered languages, that they speak a "decayed" or "incomplete" form of their language. There is a time when talking about these things is appropriate. But as someone who's been studying one or more endangered languages for 12-13 years. and have seen a lot of speakers yelling at learners and non-speakers as well as speakers yelling at each other over this very issue, I promise you, more times than not, it will be taken as an attack on the authenticity of their identity and the validity of their membership of their own ethnic and cultural group, because speakers see no distinct between their identity and their language, the way linguistics like McWhorter do. Speaking their language, in whatever form it has been handed down to them, is their right. For us learners and for linguistics like McWhorter, it's a privilege to study their language and it's not our place to tell them they're not doing it right--and believe me, I have seen people do that very thing. And sadly, online content like this that make people feel like they can speak authoritatively on the topic often has a role in it. I can point you to the many, many You Tube comments from non-speakers who think they can critique Breton speakers' accents as not really Breton as a glaring example of this. Don't be that person.
8 x
Note from an educator and former ESL/test skills tutor: Any learner, including self-learners, can use the CEFR for self-assessment. The CEFR is for helping learners progress and not for gatekeeping and bullying.

Some new ancient DNA results for the Caribbean have been released, with implications for the linguistic history of the region.

By analyzing the DNA of ancient Indigenous Caribbean people, a study published in Nature on Wednesday by one of us (Professor Reich) makes clear that the population of Hispaniola was no more than a few tens of thousands of people. Almost all prior estimates have been at least tenfold too large. [...]

When the Reich team applied this method to 91 ancient individuals for whom it had sequenced enough of the genome to carry out this analysis, it found 19 pairs of DNA cousins living on different large islands or island groups in the Caribbean: for example, an individual in Hispaniola with a cousin in the Bahamas, and another individual in Hispaniola with a cousin in Puerto Rico. This meant that the entire population had to be very small; you wouldn’t find that random pairs of people had such a high probability of being closely related if the entire population was large. (To put this in perspective, if you did the same analysis on random pairs of people across China today, DNA cousins would be detected many thousands of times less often.) [...]

In other ways, however, ancient DNA research significantly changes how we think about Indigenous people in the pre-contact Caribbean. Another surprising finding, for instance, is that the genetic legacy of pre-contact Caribbean people did not disappear: They contributed an estimated 14 percent of the DNA of living people from Puerto Rico, 6 percent of that in the Dominican Republic and 4 percent of that in Cuba. In addition, by illuminating the highly mobile lifestyle of pre-contact Caribbean people with many DNA cousins across different islands, the research underscores the degree to which they were connected — a relative unity later fractured by centuries of division into colonial spheres by European powers.

Disney+ has added the Navajo dubs for Star Wars (the original) and Finding Nemo! You can't select it from the normal dub menu, it's in the "extras" tab. 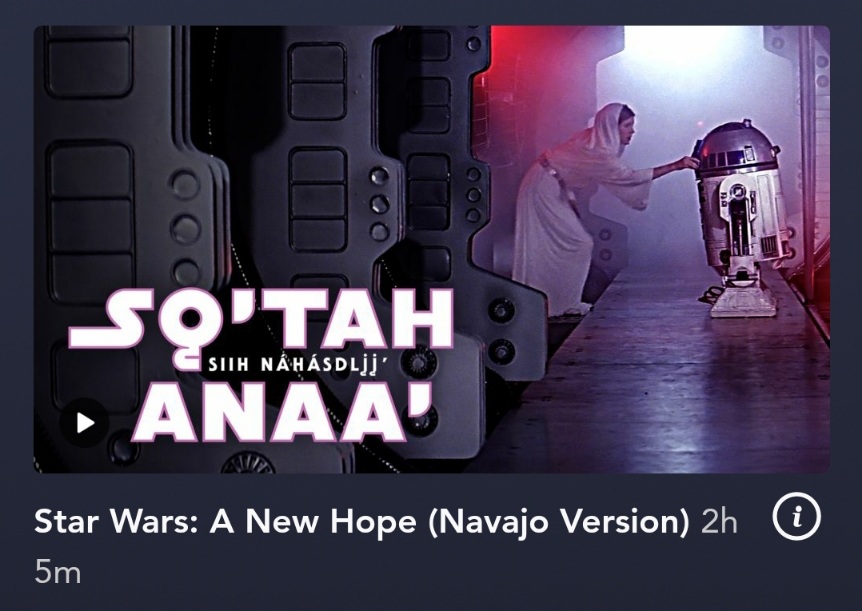 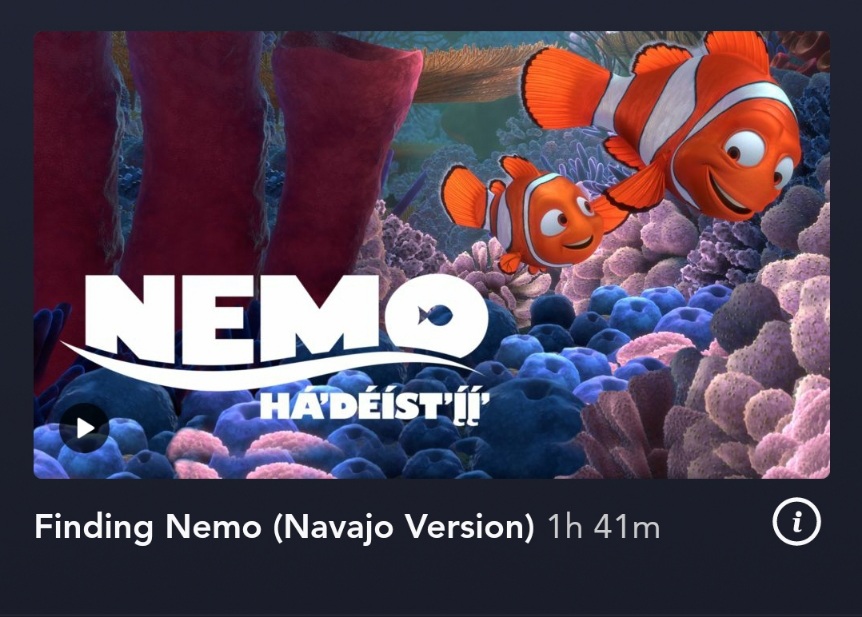