An area with study groups for various languages. Group members help each other, share resources and experience. Study groups are permanent but the members rotate and change.
Post Reply
1858 posts

badger wrote:could anyone recommend a French grammar textbook that would take me up to B1 level, & ideally to B2 too, but without being off-puttingly encyclopedic (& expensive), if such a thing exists.
any suggestions gratefully received.

If you are up to it I would suggest these books:
[url=https://smile.amazon.com/Grammaire-progressive-francais-interm%C3%A9diaire-
The book is all in French. Invest in good paperback French/English dictionary to help you read the instructions.
The answer book (corrigés) has to be purchased separately.
This was the book used in my French class.

This grammar is really good and one of the best. I use it to teach French to my Chinese neighbour at beginner level (in exchange of Chinese courses) and it works fine. Use a voice translator like Converse to translate in Chinese the grammatical terms and explanations. Written for foreign learners, it's just a pity there is no English or others languages translations. But immersion is great too!
2 x

According to "La puce à l'oreille"(ISBN: 2715813740) this expression comes from cheating at cards. You would bend a card (le pont) to induce someone to cut the deck at that point.

It's been a long time since I've written anything in the forum. Four months ago I passed the DELF A2 exam and after that I have learned intensively. However, I did not stick to my original plan, but simply learned everything I was interested in. And that was a lot, here are just a few examples:

I attended a refresher course for level A2 at the Institut Français (12 hours in one week). This course was really worthwile, we were only 5 participants and the teacher was great. For B1 I will probably attend such a course again.

Then I tried a conversation course, also at the Institut Français. But that proved not to be my thing. I found it extremely difficult to understand the other course participants and I was rather glad when the five evenings were over.

Since my breakthrough in listening comprehension, I listen to at least half an hour of French radio every day and I noticed that in the weather reports French regions and cities are widely mentioned. Since I only had a rough idea of them, I worked through a 26-part video course. The course is hopelessly out of fashion, but I had the accompanying books and the course is free. Now I really have a very good idea of the French map, the regions, cities, rivers and mountains.
You may have a look at some videos for yourself

And of course, grammar was not missed out. I've got to know all the essential topics. For the Subjonctif I have worked through a free online learning program for German speakers Then I intensively studied the grammar and conjugation of verbs, so that I really feel comfortable with verbs despite their tense or mode.

By chance the mystery of the accent aigu has also dissolved. For example, I just couldn't remember that with secrétaire the accent is on the second e. Nor was it clear to me why évoquer has an accent at the beginning, but not essayer. Meanwhile I have no more problems with that, thanks to the French Orthographie course on FUN.

Back to the present:
After these rather chaotic months it is now time to learn more systematically. I have chosen a French-German learning package that allows me to complete the B1 level. It also serves as preparation for the DELF B1 exam, which I want to take in mid-November this year.
The set consists of a course book, a Carnet d'activités, a vocabulary pocket book (all words in French - German

) and dialogue cards for speaking practice. In addition, there are many online exercises for all lessons. 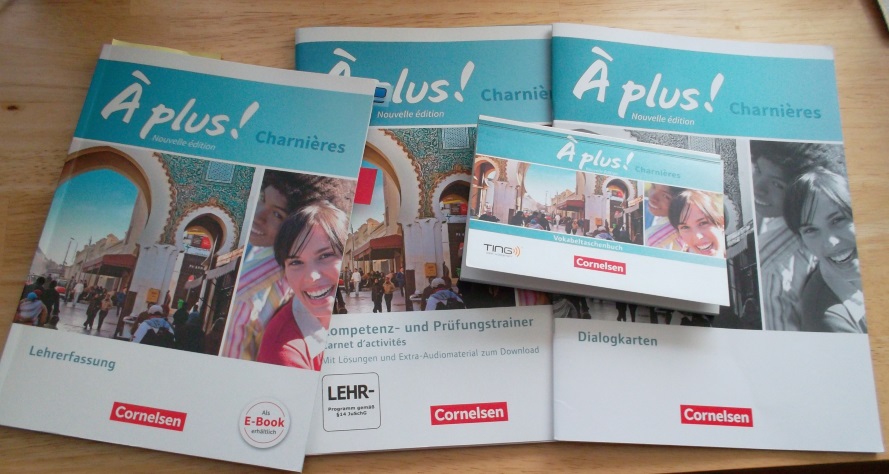 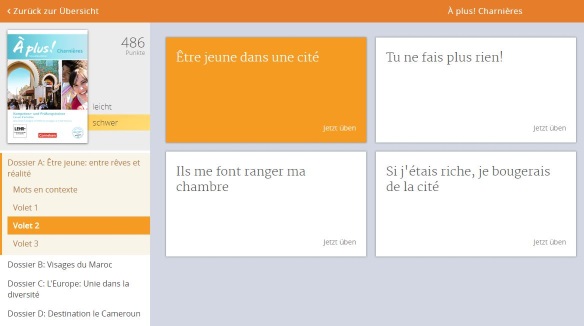 By the way, next month my first year of French will be over.

Let's see how things will work out for the B-level.
7 x

Congratulations on all your hard work and especially on your impressive progress. Keep us informed and keep up the good work

I wonder if anyone here has used the new (3rd) edition of Pimsleur French? According to their website level 1 is a major update. It is described here: Pimsleur 3rd edition.
0 x
███ Rejoignez notre groupe français ! Les Voyageurs ███

I wonder if anyone here has used the new (3rd) edition of Pimsleur French? According to their website level 1 is a major update. It is described here: Pimsleur 3rd edition.

No, Tom, I have not seen it, but I do want to add that there are Pimsleurs for many languages and many levels. So many that my library's catalog is downright confusing. Not that it has all of Pimsleur's publications. This is by way of reminding everyone that before you buy anything related to language learning, Pimsleur or not, be sure to check your local library first.
Bon courage!
4 x
Tu sabes cuando sales pero no sabes cuando regresas.

This might be a bit of a stretch for people but I hope people will find this contribution helpful.

It is impossible to learn the French language without hearing about the French Revolution, however, the whole topic seemed so big, I never knew where to begin to study it or make sense. Possibly students of the language will find these two web sites a good place to begin.

Notes:
1-I was a history major at college and am a great believer is detailed facts, however, sometimes it is helpful to get a general view of the subject matter at the outset.
2-There is a commercial at the beginning of Part I and embedded in Part II, but just skip over it with no problem.
2 x

I've been watching the C'est ça, la vie programme mentioned above by Klara and in episode 11 I've just learnt that french has an exact equivalent for shop - échoppe.