An area with study groups for various languages. Group members help each other, share resources and experience. Study groups are permanent but the members rotate and change.
Post Reply
1843 posts 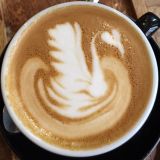 Thank you so very much; it looks excellent.

Not sure if this has been posted before, but thought some of you might be interested in this video:

It's not particularly exciting, but she speaks very clearly and there's a lot of information about Québécois and Québécois slang.
4 x
Corrections appreciated.

MamaPata wrote:
It's not particularly exciting, but she speaks very clearly and there's a lot of information about Québécois and Québécois slang.

DaveAgain, thank you for this “tour d’horizon” of Québécois French. Nevertheless, I could easily append videos from British, American, Canadian, French, Spanish, and German television series that no one other than a native-speaker (bien branché, bien entendu) or a very advanced foreign student would be able to understand.

I continue to deplore the deliberate distortion of how the language is actually spoken by the average citizen of this province on television and in film. As for much of American television and film in many genres (crime, drama, action, comedy), over the past decade, Québécois writers and directors have been increasingly portraying their characters as being more “authentic” through the use of tense, tight, clipped, slang-filled speech, often delivered by fictional characters who seem forever on the verge of an emotional melt-down, that even many native-speakers have difficulty grasping. This distortion of how the average person actually uses their mother tongue pervades the entertainment media. In my opinion, this type of speech represents that of only a small minority of native-speakers. Furthermore, it reinforces poorly-chosen, and often damaging, socio-economic-cultural stereotypes.

Do you have any book recommendation for (low) intermediate level?
1 x

mastrinka wrote:Do you have any book recommendation for (low) intermediate level?

The Petit Nicolas books are entertaining. You'll find yourself looking up various terms for children punching and kicking one another, but you'll laugh a lot too.

Jules Verne reads well, and you'll be able to find translations easily there too, so you can have a parallel text to save dictionary look ups. 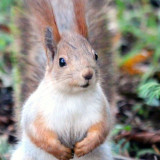 Le Petit Nicolas is definitely a good point to start. La petite fille de Monsieur Linh by Philippe Claudel might be another choice.

mastrinka wrote:Do you have any book recommendation for (low) intermediate level?

This is a good recommendation for your level. However, keep in mind that some people (ahem, me) don't really like the Petit Nicolas books. The stories were funny and well-written, but I couldn't identify with any of the characters, which made me feel like I was putting lots of effort into something with no intrinsic reward. I started reading Harry Potter when I was on the upper end of A2. The first three chapters of the first book are a little bit of a drag, but it gets really fun after that, and I felt like my effort was a good investment. I'm very interested in finishing the entire HP series and I really do love all the characters, especially Hermione.