How many countries/cities have you travelled？

This is a room for the discussion of travel plans or experiences and the culture of places you have visited or plan to visit.
Post Reply
201 posts

I haven't been outside Europe either.
I've been to the following countries/cities:
Russia - Moscow, St Petersburg, Vladimir, Suzdal, a few small towns in the Moscow region. Really wanna visit Vyborg, Kaliningrad, Yaroslavl. I've been to the former two on the way to Finland and Germany respectively.
Ukraine, Crimea
Belarus - Vitebsk, Minsk, Polotsk
Finland - Helsinki, Turku, Tampere, Kuopio, Imatra, Lappeenranta, Valamo (New Valaam), Varkaus, Leppävirta, Hämeenlinna, Oulu, Porvoo, Vaasa, Savonlinna (in my profile pic), Kotka, Jyväskylä, Iisalmi, Joensuu. I've also got to do some sightseeing/shopping in between trains in Kouvola (6+ times) and Lahti. Technically I've also been to satellite towns of some places above like Nokia and Naantali.
Poland - Warsaw, Kraków, Wrocław, Poznań. Also multiple overnight stays during bus trips, my friend says one of them was in Szczecin but I honestly don't remember.
Germany - Berlin, Hamburg, Bremen, Osnabrück, Köln, Aachen, Eisenach, Weimar (maybe one more small town)
Also Sweden, Czech Republic, France, Malta. 5 hours in Brussels.
It's not always mentioned explicitly, but I've been to the capitals of all the countries I listed.

Or maybe not even wanted but just assumed I would

Although I'm not even particularly interested in many of them, it's surprisingly hard to let this go

Now I "just" want to visit all continents, apart from Antarctica

Since I was 17 my only new country has been Malta. I've also wanted to take a day trip to Slovakia from Poland and to Italy from Malta, but couldn't.
Obviously I want to visit the countries where my languages are spoken. I long especially for Italy, Portugal and Croatia, but I don't think I'll get there anytime soon...
4 x
LyricsTraining now has Finnish and Polish

I've been to Italy numerous times. It's my favorite place. I've also been to Portugal/Azores, Spain & Germany a couple of times. Other European countries include Czech Republic, Switzerland, Austria, Ireland, England, Wales & Scotland. Outside of Europe I've been to Canada and the Bahamas and within the US I've been to 23 of 50 states and plan to hit all of them eventually. Later this year I will be adding a couple of new states and next year I will be going to Asia (including Thailand) for the first time.
2 x
Read 100 Italian books: COMPLETE!

Radioclare wrote:I love travelling, but I've never been outside Europe. European countries I have been to:

Out of those countries I have been to Switzerland and Germany the most, but probably visited the most different towns and regions in Italy. And my favourite out of all the countries is Croatia

This year I have trips planned to:

So，so admirable！
I also want to be in that way，just like you！
Travelling is amazing！
How many times do you usually travel in a year？
and for fun or for work mostly？
Thanks for sharing !
0 x
Hey！This Mico！Nice to see you ，one of the world with 6+ billion people.
It is called “缘” in Mandarin and Cantonese. It means "a happy meeting" in some ways.
So，let's cherish it！

Several of these countries I only visited for a couple of days because of work, which means I did not really have any time to see much of the country or the city I was in, but at least I was there

Haha !
Yeah，you are right，at least you were there a couple of days.
Even though your trip didn't made for fun but work，actually you saw many，many different beautiful places in the world！
0 x
Hey！This Mico！Nice to see you ，one of the world with 6+ billion people.
It is called “缘” in Mandarin and Cantonese. It means "a happy meeting" in some ways.
So，let's cherish it！

Terrific！
Have you ever been to HongKong？
I ’ve gone to HongKong once，ivisited the Ocean Park，Madame Tussauds Hong Kong，still a happy and unforgettable memory！
HongKong is a very busy and crowded place，how do you feel？
0 x
Hey！This Mico！Nice to see you ，one of the world with 6+ billion people.
It is called “缘” in Mandarin and Cantonese. It means "a happy meeting" in some ways.
So，let's cherish it！ 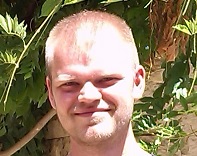 how’s the mood when you go to a completely new place？
excited？interested？or can't wait to find something funny？
haha....
0 x
Hey！This Mico！Nice to see you ，one of the world with 6+ billion people.
It is called “缘” in Mandarin and Cantonese. It means "a happy meeting" in some ways.
So，let's cherish it！

I like to prepare my travels - not necessarily so that all details are settled beforehand, but I want to have a plan A and a plan B and a plan C ... and that has become much easier with the advent of the internet. I have just been spending a couple of hours researching the zoos and aquaria of the areas I'm going to visit in Germany next month, and in the old days that would have meant buying guidebooks and asking for directions in tourist information offices. OK, both are still relevant, but now I can check buslines and opening hours online and print out maps for places in the suburbs which aren't shown on the maps in a standard guidebook. I can even check train times between for instance Oberhausen Sealife Aquarium and the zoo of Gelsenkirchen so that I minimize the time I waste waiting. And I relish in having that amount of information at my disposal !

So it was a shock when I arrived in Haiti earlier this month and discovered that there aren't any street signs and the taptaps haven't got signs telling where the are going, and that Google maps didn't even have the street in the suburb Delmas where my Guesthouse was located registered - and not even the name of the somewhat larger street that street lead out to was registrered in Google maps. Luckily MapQuest had a good map with more street names - but you don't find those street names in the streets when you finally get there.

Actually I think there is some resemblance between the way I learn languages and the way I prepare my voyages (even in case of a group tour, as in Haiti/Dom.Rep.): I don't mind improvisations, but always based on the best possible level of information. And personal encounters during these travels are OK, but they are not my main reason for travelling - just as speaking isn't my main reason for learning languages.
4 x

Next year we're taking a sabbatical. We'll spend a few weeks in Italy in the summer (we're taking my mother-in-law to fulfill a lifelong dream of hers), and then we'll be spending about six months in Central America. I've never been to Asia, and I've seen very little of Europe, so in the perfect world I'd like to plan on a "big" trip every five years or so.
2 x
Post Reply
201 posts