This is a room for the discussion of travel plans or experiences and the culture of places you have visited or plan to visit.
Post Reply
8 posts • Page 1 of 1

Many books published in mainland China but written by a non-Chinese author have the nationality of the author marked on the cover. For example, Samuel Huntington's "The Clash of Civilizations and the Remaking of World Order" (https://book.douban.com/subject/4202004/) has 美 (American) in front of his name. This convention doesn't seem to exist for the books published elsewhere. Do you agree? (I don't mean it's bad practice. In fact, I think it's good to us readers so we don't even need to pick up the book and flip to the back cover or inside to get this information.)
0 x

tldr version: the nationality on the cover is risky, the original language should be there automatically.

I would like it, even though it is a very controversial issue. So, it doesn't surprise me that it's the Chinese publishers, who don't care about anything else than the readers' (or perhaps also censors') convenience. Or perhaps the reader is also supposed to fall some prejudices and read the book with some filters? Sometimes, you read the same text differently based on who the author is (their nationality, gender, known public scandals, etc) I remember the older editions of books in my grandma's library, mostly bought during the totality. The censors let in quite a lot of western books in some genres, but there was usually a preface or review, which was very ideological and meant to make the reader see the book differently. Perhaps the Huntington (american) is meant to be perceived differently than if he was Huntington (russian) in today's China.

Back to why I don't think adding the nationality of all the authors would be right: For example, there are tons of authors, who don't like their nationality, or have changed it, or are critical towards the system in their country and nation, and so on. It is often a big and recurring theme in their books. I don't think Kundera would be happy, to be labeled as "Czech" everywhere, despite being actually French for a few decades and objecting towards his books being translated and published in Czech. And there are many more such examples. Also, which nationality would be shown in cases of changing borders and nations? Would Kundera be Czech or Czechoslovak on the new editions, as he has never lived in the Czech Republic and was just recently given a new citizenship? Would the authors from Crimea be Ukrainian or Russian? Would the editions in some countries show a different nationality than in others?

All that makes me admit, that my desire to pick books easier would clash with far too many complex questions. So, I settle for googling (it's so annoying to find a promising "Italian author" and then discover he's actually just an american of italian descent, therefore there is no original of the book in Italian. It happens often!), or for the "traduit de " as Guyome describes.

What I find a bit more weird is the fact many French, Spanish, or Italian sellers (especially online) don't even make a special category of the books from their own country. So, I cannot easily look at the most popular French fantasy authors on a French eshop. But in the Czech Republic, it is done all the time, just with the catch of many Slovaks being wrongly added there too (a contemporary Slovak author is neither Czech nor Czechoslovak). No eshop (not even Amazon or Bookdepository) offers searching by the original language, or even a filter original/translation. Btw, the Czech publishers often don't write clearly the original language. There is often just "translated by John Doe" but the language is omitted.

So, to wrap it up: I think adding the author's nationality on the cover would often be disrespectful or wrong. Even if it would be "just" a few % of the authors, it's still too much. But I'd definitely like and find it logical for the eshops to let me filter original/translated books, and to mark the language of the original book more clearly and systematically.
5 x

The really essential information could be whether a book is the original version or a translation .. and maybe also whether the author was a native speaker of the language or not. And of course then it follows that the original book name should be clearly visible - maybe even the name and a few words about the translator, but maybe that's too much to ask for. Some authors may have had an invisible helper to correct the spelling etc., but it would be hard to make that information visible since the author probably would feel it detracted from his/her glorious status. Though sometimes a 'formal' author is famous enough not to worry. What was it Reagan said? .. "I see forward to reading my autobiography", haha.

As for the nationality - the citizenship would be the default information, but for authors that have lived almost their whole life away from their 'official' country or where the place they were born has changed its status this should be clear at least from the biography about the author - it is nice to know which background an author has got (also for non-fiction). But those informations are not necessarily written on the backsleeve of the book.
4 x

Speaking as a library buff - catalogue records usually have information about such things as language and original language, as well as author and translator. All in separate fields, of course. I got use for the skills many years ago when someone was asking specifically for fiction in Swedish that had been translated from Estonian.

jeff_lindqvist wrote:A comment on translations - I recently attended a lecture where it was said that it's not uncommon (for crime fiction, at least) to include the name of the translator on the cover, and also it was assumed that the translator adds (quality?) to the text. Some authors whose works are ripped to threads are bestsellers in other countries (too) and also happen to be really popular among their crime writing colleagues in Norway, the UK, Canada etc. 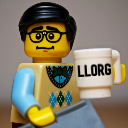 Cavesa wrote:tldr version: the nationality on the cover is risky, the original language should be there automatically.

Exactly. I immediately thought of Kundera as well. Another prominent example here would be Joseph Conrad. Based on his birthplace (Berdyczów / Бердичів), I do wonder about the flag, which belongs on the Chinese cover: Imperial Russian? Polish? Ukrainian? British? Maybe all four?

There is a larger issue at play here, 19th/20th century nationalism conditioned us to think of successful people as objects that can be claimed (and fetishized) by one "team" or another.

Marie Curie is written as Maria Skłodowska-Curie in Polish, and not uncommonly as Maria Curie-Skłodowska. When speaking, sometimes just Maria Skłodowska (emphasizing her maiden name, as the dominant one, something completely out of the ordinary). It's obvious what's going on. We want to claim her... presumably "lest some imbecile is duped into thinking "our" Maria is French!" Of course it doesn't matter one bit that she was French, studied in Paris, and spent most of her adult life (and therefore, her career) in France.

Is she French? Is she Polish? More importantly, does it matter?

If we were to determine that Curie is indeed more Polish than French (whatever that means), or Kundera more French than Czech... should that make me feel proud, or smart, or more worthy? Does it make the French nation more rich in culture but less in science, to win Kundera but lose Curie? The whole thing is absurd. We can't claim people. The Nobel prize, for example, is given to a person not a country... many seem to forget this when celebrating in Poland.

As Cavesa wrote, people can certainly fall neatly into these narrow boxes (German, Pole, Swede) especially in the contemporary period. However, enough of them (of us) do not. This reveals the whole nationality-based categorization process as a bit of a sham. Something, which rings even more true the further we go back in time, before nation-states, as we understand them today, belonged in the collective imagination.

Probably not the answer you were interested in reading OP, sorry. Got carried away...

Maybe also a slightly marginal line of information (got carried away too), but in the British quiz QI it was once mentioned that the American library cataloguing system puts works ascribed to the spirits of dead authors under the dead author's name and not under the name of the cheating medium that really wrote them. This was said in one of the quizzes with Fry at the helm so the question came up long ago, but if that information is true then you may probably still find spurious works of 'Shakespeare' in the system - I haven't checked it. There are also similar cases where mediums claimed they had been dictated new musical compositions by for instance Chopin's spirit. I have still to hear a work dictated by a 'spirit' so the quality of those works has probably not been up to scratch.

Add to that the innumerable cases of false works, made with the intention of cheating people, or works writing by anonymous helpers and published under some famous dude's name. Or writtten by women and published under their husband's name to avoid discrimination. However there are actually cases where works fraudulently published under somebody else's name are quite OK in their own right. I know more cases in musical history than in literature (like practically all Pergolesi's instrumental works, haha), but I'm sure there are literary cases there too. I wonder, did Walt Disney ever write a line or draw a cartoon himself after he got famous? But whose name is on the covers of the magazines?

Which reminds me of a Disney related fact: the Danish translators (who also sometimes made their own stories) have according to local donaldist authorities succeeded in inventing new words that have entered the Danish language, just as Shakespeare did with English. For instance a really far-away exotic location is in Danish called "Langbortistan" (far-away-istan) - and every Dane knows that word.
1 x

Iversen wrote:Which reminds me of a Disney related fact: the Danish translators (who also sometimes made their own stories) have according to local donaldist authorities succeeded in inventing new words that have entered the Danish language, just as Shakespeare did with English. For instance a really far-away exotic location is in Danish called "Langbortistan" (far-away-istan) - and every Dane knows that word.