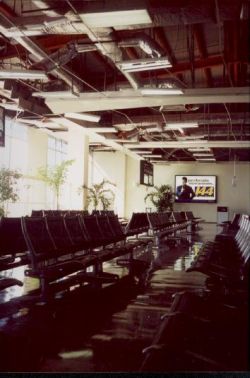 Last time we passed through this part of the alphabet the letter F was illustrated by France, and we stay in Europe with FINLAND. Unfortunately I can't write this in Finnish (yet) so you have to live with a comment in Swedish - which still is spoken on the Åland islands and along a strip along the South Western coast.

Warning: if you visit Rovaniemi and wish to be photographed at the gallow in the roadside which marks the Polar circle, then you should be aware that the Polar circle hasn't passed the road there for a very long time. Last time I visited the area it was close to the airport, which also is close to the Father Christmas village, but you should enquire locally about its current abode if you choose to go there. And by the way, you should also visit the museum. They have runic stones there which document that some Swedish vikings have visited the Black Sea (on a one-way ticket). 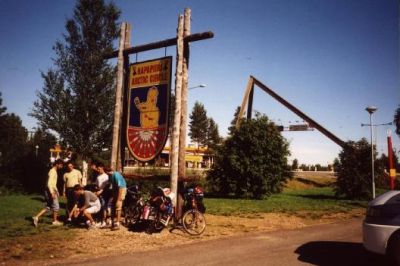 It seems that I am the last one to keep this thread alive, but I quite like it - especially when we are at letters that actually are in use as first letters of country names. And so far we are in an easy part of the alphabet with G. Germany has been taken, but not GUATEMALA, which I have visited twice. As several other countries in the region it has had a somewhat complicated history, and in some parts of the country have been seen as unsafe for visitors - but I have never had reasons to complain. 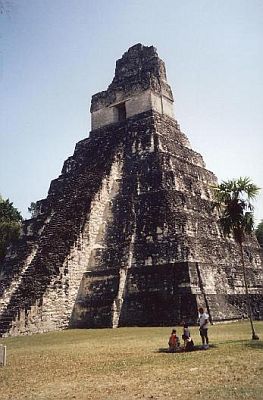 Iran is also called Persia and the Islamic Republic of Iran, and its official language is persian. Its size is 1 648 195 km2.

A famous type of resident is the Persian Cat

It has 19 UNESCO world heritage sites and sounds like a beautiful country.
1 x

In 1997 I booked a trip to Syria, Jordan and Israel with a small Danish travel agency. It had to cancel the tour, but offered an alternative with just Syria and Israel (except the time it would take to get through Jordan from border to border as it was -and still is - impossible to go directly from Syria to Israel). The extra time in Israel would be spent in a kibbutz. No way, I said. Either they paid me all my money back, or .. yes, there was an alternative. I would follow the group in Syria and the day they spent in Jordan, but then I would leave them and have a ball in Jordan on my own. And I would then cross the border and rejoin the group in Jerusalem the day before the flight back home. And it turned out at leaving me with a black Nissan and the original hotel reservations wasn't more expensive than having to pay my share of the salary of the guide so I was happy and the agency was happy, and I guess the Jordanians also were happy to have me as a tourist in their country instead of seeing me spend my money in Israel.

So I left the group in Jerash, got on a bus to Amman where I checked into my hotel, and the next morning a friendly person came with my car for the next week. With him as a guide I drove the machine back to his office, and then I had a problem. The only map I had of Amman was the one in Lonely Planet, and I couldn't read the small letters in English on the road signs (ok, some of the road signs) - and much less the Arabic writing including the numbers. But Amman has got a system of easily recognizable roundabouts that helped me to locate the main road out of the town towards South, and I went over Madaba and through Kings Canyon (picture) to Petra, and from there down to Aqaba before I returned back to Amman along the Dead Sea.

Of course there were a few situations where I may have been slightly in trouble. For instance I was almost out of gasoline at the Southern end of the road over Kings Canyon. My solution was to pick up a hiking beduin at the roadside. He got to his destination, and he showed me a well hidden filling station which I never would have found without his help. In the same manner I offered a ride to a soldier in the roadside when heading Northwards towards the Dead Sea, and having him in the car meant that we sailed right through all the road blocks in this sensitive area - he just made a sign to his collegues, and then we could drive on.

However the most problematic situation came when I had returned the car and slept one more night in Amman. I took a bus to the Allanby bridge, but it had been a terrible weather the night before, and the rain still poured down. So all electricity was out at the border, and the Israelis had closed it. The problem was that my plane was leaving from Lod airport in Israel the next day. So I got a taxi and with some others drove North towards another border posts just South of the Genezareth lake, which was supposed still to be open. However that taxa broke down, but then another much larger taxa came along and picked us up - and I was told that those that had hired it got the idea from seeing 'my' taxa leaving. I got into Israel, but then I faced a new problem: it was on a Saturday - the dreaded Sabbath, where all Israel comes to a grinding halt except those parts of it which is in the hands of the Arabs - or in other words: there was no public transport available from the border to anywhere in Israel. The obvious solution was to localize some Arabs who were going down to Ramallah, and there I had to change into another vehicle to get into Jerusalem itself. And there I had one last problem: my hotel was named "Aelia Capitolina", and that name was nowhere to be seen. However in another hotel I was told that the hotel actually was the local YMCA, and it didn't dare have the name "Aelia Capitolina" on its façade as this was the name Jerusalem got from the Romans after the jews had been kicked out of it. And with this piece of information I found the hotel, and inside it the rest of the travel group were sitting right at their well deserved supper as if nothing had happened, and we all flew home the next day without any more fuss.

Those of you who can read Danish can see my account of the border crossing on the homepage of my travel club. 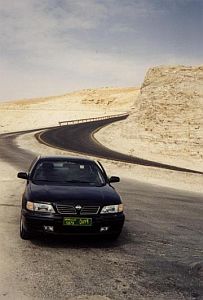 Today's country is Kenya - and there are some reasons to believe that I also have been there. The picture is taken in an Animal orphanage in the outskirts of Nairobi. I had paid a guide a few dollars to guide me through the place, and he asked whether I would like to pat a cheetah. I calculated that he saw it as a harmless activity, and I assumed that others had done it before me - and survived. The only rule is: don't run. A cheetah can run faster than a human.

I normally don't fondle animals, and I don't have any domestic animals at home, so for me the act was as unusual as the choice of animal.

The orphanage rears young animals whose parents have been killed, and therefore the animals are more or less halftame. But I wouldn't have done the same thing with a lion. 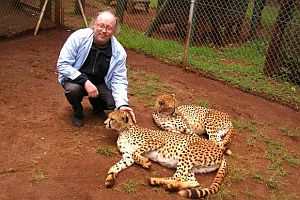 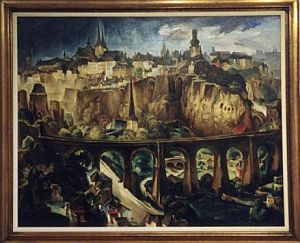 We have reached M, and in Africa there is a country named Malawi, whose capital is called Lilongwe. Before I went there I had booked a safari in the South Luangwa National Park in Zambia from a place called Kiboko camp in Lilongwe, and that included a night before and a night after the safari in that camp. However they didn't have space for me the nights before this arrangement so I spent the first couple in a pleasant lodge in Southern end of the town.

And of course I wanted to visit the natural reserve in the center of Lilongwe. And as usual I walked. I walked from my lodge Northwards up to the reserve, through the reserve and further up to the Nortern part of the town, where you find most of the governmental buildings and upmarket touristy things, and from there I walked back along the reserve back to my lodge. I saw a fair number of birds, but no big animals in the reserve - probably the neighbours had killed and devoured everything larger than a rat. But still a nice walk and a pleasant day spent in a city with few five star sights.

When I switched to the Kiboko camp, which was very much a backpacker place, then I checked their billboard and found the following warning:

Iversen, the stories about your travels are wonderful and amazing!!!!
0 x

I am Jar-ptitsa and my Hawaiian name is ʻā ʻaia. Please correct my mistakes in all the languages. Thank you very much.
: Spanish grammar
: Spanish vocabulary
Post Reply
71 posts