This is a room for the discussion of travel plans or experiences and the culture of places you have visited or plan to visit.
Post Reply
17 posts

I actually did a speech about Google translate and its vagaries in Berlin in 2016, and afterwards I wrote a thread named "A couple of suggestions to Google Translate from a heavy user" with some examples I had found during my preparations. The purpose was not to mock GT, but to point out some areas where it could be improved without compromising the automatic exploratory model which is the basis of its construction - mostly simple things like putting at least one big dictionary per language into the beast so that it stops doing idiotic translations because it meets unknown words. As the title indicates I'm a heavy user, but only one way: I don't trust it enough to use it to produce texts in my target languages, but I do use it to make bilingual texts for study. This allows me to work on texts that normally would be too difficult at my current level in the different target languages, and then it is less important whether it makes silly errors as long as I can spot them - and you can spot most of GT's errors because they are so obvious.

I'll quote one example from that thread. The original text comes from the homepage of Reykjavík Park and Zoo:

"Aerials acid bar two ram lambs" should awake the suspicion of any language user - and it exemplifies the idea that most errors of Google are relatively innocuous precisely because they are too gross to go unnoticed. In fact "ærin" means "the (mother)sheep" - it's an irregular substantive. Surtla is a proper name, as evidenced by the capital letter - it is related to the name of Surt, the god of fire in the old Norse Mythology, not to súr (sour as in acid) - and as a proper name it should not be translated. And then "bar". In the original it is a form of the irregular verb "bera" - neither a place to have a drink nor an oblong object of some kind.

It used it to translate "I apologize for my poor Japanese" into the Japanese equivalent of "I apologize to the impoverished Japanese people."
Last edited by seito on Mon Dec 27, 2021 3:12 am, edited 1 time in total.
0 x

seito wrote:It used to translate "I apologize for my poor Japanese" into the Japanese equivalent of "I apologize to the impoverished Japanese people."

Ouch, I bet you were popular

Four proud figures appeared one after another, perfect octave.
Thanks, general. Who wants to be friends?
Anis is a novice, nothing more. this was the first paragraph of harry potter
0 x

I recently posted a joke to Facebook. I took a photo of a jar of mayonnaise in my kitchen sink, and posted it with the caption "Sinko de Mayo." Unbeknownst to me, Facebook had recently turned on automatic translation when it detected other languages in a feed, so most of my friends saw "sinko of mayo," thus ruining the attempted joke. Oh, well.
1 x 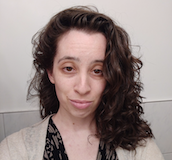 EDIT: This was from several years ago. GT has grown smarter in the meantime. But on the internet, everything lasts forever 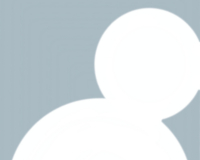 Studying Mandarin Chinese at some point, I came across the saying "说人人到" meaning "speak of the devil." Word for word it is "say person person arrives" or if you think it through: "Speak of a person and the person is there."

I knew there was no way Google Translate would get it right but it was still surprising to have it translated as: