I finished I racconti di un giovane medico over the weekend. I'm wondering if there are different versions, or if maybe the Italian kindle version was edited. The reviews mention Bulgakov's morphine addiction, and that seemed to be the focus of the BBC show a few years back, but this wasn't in the book I had at all.

Overall, I thought it was good choice for the forum club. Each of the stories was compelling, and it as an interesting look into a very foreign culture. It seems that Bulgagov was as lost in Siberia as any of us would have been.
2 x
fr: Margeurite Duras, Un barrage contre le Pacifique:
it: Indro Montanelli, Storia dei Greci:
es: Santiago Posteguillo, Y Julia Retó a los Dioses:
el: Assimil, Le grec:

kanewai wrote:I finished I racconti di un giovane medico over the weekend. I'm wondering if there are different versions, or if maybe the Italian kindle version was edited. The reviews mention Bulgakov's morphine addiction, and that seemed to be the focus of the BBC show a few years back, but this wasn't in the book I had at all.

Overall, I thought it was good choice for the forum club. Each of the stories was compelling, and it as an interesting look into a very foreign culture. It seems that Bulgagov was as lost in Siberia as any of us would have been.

I think I said something about this when I first got my books (back in May, I think). I have been using a Norwegian translation with 9 stories, a Russian edition with 6 stories, a Russian kindle edition with 7 stories (or maybe it was the other way around), and finally, a French edition of Morphine, which is included in the Norwegian edition but not in the others. The Norwegian book has all the nine stories Bulgakov wrote based on his practice as a doctor. There are 7 short ones and two longer (Morphine belongs to the latter group). As the foreword to my Norwegian edition explains, Bulgakov intended these stories to be published together in a short story collection, but this never happened in his lifetime. I don't know if anyone knows which of the stories he intended to include, which is probably why you see all this variation. The reference to Bulgakov's morphine addiction is in connection with Morphine, which is likely to have been published as a separate book in Italian just as it was in French.
1 x

Interesting! Is the BBC series any good?
0 x
Corrections appreciated.

It's time to start thinking about next month. If anyone has nominations for the poll, please post them this week. I'll set up a poll on Monday, which will be open until Saturday. Then everyone will have a week until the start of next month to get hold of the book.

Concerning how to do the poll: I've been wondering if I should tell people to comment below on what they want to read. I think it would be nice to increase the accountability a little bit. That does not in any way mean that I want people to feel guilty about not reading a book they voted for, there are all sorts of good reasons for doing that, but it would be nice to know from the start who is interested, plus you don't get notifications for a topic if you have just voted and not commented. Maybe we lose some people simply because they lose track of what's going on? Let me know what you think.

Some suggestions for new books:

215 pages, Icelandic, has 63 different versions on Goodreads in a wide range of languages, including the big European languages, Scandinavian, Russian, Arabic, among others.

Amazon wrote:In a remote part of Iceland, a boy and his friend Barður join a boat to fish for cod. A winter storm surprises them out at sea and Barður, who has forgotten his waterproof as he was too absorbed in 'Paradise Lost', succumbs to the ferocious cold and dies. Appalled by the death and by the fishermen's callous ability to set about gutting the fatal catch, the boy leaves the village, intending to return the book to its owner. The extreme hardship and danger of the journey is of little consequence to him - he has already resolved to join his friend in death. But once in the town he immerses himself in the stories and lives of its inhabitants, and decides that he cannot be with his friend just yet.

Set at the turn of the twentieth century, Heaven and Hell is a perfectly formed, vivid and timeless story, lyrical in style, and as intense a reading experience as the forces of the Icelandic landscape themselves. An outstandingly moving novel.

Sjón: Mánasteinn: Drengurinn sem aldrei var til (Moonstone: The Boy Who Never Was)

Goodreads wrote:The mind-bending miniature historical epic is Sjón's specialty, and Moonstone: The Boy Who Never Was is no exception. But it is also Sjón's most realistic, accessible, and heartfelt work yet. It is the story of a young man on the fringes of a society that is itself at the fringes of the world--at what seems like history's most tumultuous, perhaps ultimate moment.

Máni Steinn is queer in a society in which the idea of homosexuality is beyond the furthest extreme. His city, Reykjavik in 1918, is homogeneous and isolated and seems entirely defenseless against the Spanish flu, which has already torn through Europe, Asia, and North America and is now lapping up on Iceland's shores. And if the flu doesn't do it, there's always the threat that war will spread all the way north. And yet the outside world has also brought Icelanders cinema! And there's nothing like a dark, silent room with a film from Europe flickering on the screen to help you escape from the overwhelming threats--and adventures--of the night, to transport you, to make you feel like everything is going to be all right. For Máni Steinn, the question is whether, at Reykjavik's darkest hour, he should retreat all the way into this imaginary world, or if he should engage with the society that has so soundly rejected him.

Goodreads wrote:Lieutenant Thomas Glahn, a hunter and ex-military man, lives alone in a hut in the forest with his faithful dog Aesop. Upon meeting Edvarda, the daughter of a merchant in a nearby town, they are both strongly attracted to each other, but neither understands the other's love.

Goodreads wrote:Twenty years after Madame Bovary, Flaubert wrote Three Tales, each of which reveals a different aspect of his creative genius and fine craftsmanship.

In A Simple Heart, a story set in his native Normandy, in which every chapter, every place, every emotion corresponds to some person, some scene, some feeling in the author's past, he recounts the life of a pious and devoted servant girl. 'I want to move tender hearts to pity and tears,' he wrote, 'for I am tender-hearted myself.'

A stained-glass window in Rouen cathedral inspired him to write The legend of St Julian Hospitator with its insight into the violence and mysticism of the medieval mind. Herodias, the last of the three, is a masterly and powerful reconstruction of the events leading up to the martyrdom of St John the Baptist

Amazon wrote:Burundi, 1992. For ten-year-old Gabriel, life in his comfortable expat neighbourhood of Bujumbura with his French father, Rwandan mother and little sister, Ana, is something close to paradise. These are happy, carefree days spent with his friends sneaking cigarettes and stealing mangoes, swimming in the river and riding bikes in the streets they have turned into their kingdom. But dark clouds are gathering over this small country, and soon their peaceful idyll will shatter when Burundi and neighbouring Rwanda are brutally hit by war and genocide.

A haunting and luminous novel of extraordinary power, Small Country describes a devastating end of innocence as seen through the eyes of a young child caught in the maelstrom of history. It is a stirring tribute not only to a time of tragedy, but also to the bright days that came before it

I only watched one episode. I thought it was okay, but I never got around to watching the rest.

Now, after reading some of the stories, I think that the BBC completely missed the mark. The tv shows was primarily focused on addiction, which - as Mista pointed out - isn't even part of some collections, and even then comes at the end. The show also seemed to try to be a black comedy. Jon Hamm makes a lot of witty wisecracks. I didn't get that from the stories. If anything, I thought there was a sad but humane melancholy in the book.

As for September: I see a couple of the nominations that I would read, so I won't add any new ones.
0 x
fr: Margeurite Duras, Un barrage contre le Pacifique:
it: Indro Montanelli, Storia dei Greci:
es: Santiago Posteguillo, Y Julia Retó a los Dioses:
el: Assimil, Le grec:

The new poll is up, deadline on Saturday.

Mista wrote:The new poll is up, deadline on Saturday.

The deadline has passed, and we have a clear winner this time: Petit pays by Gaël Faye. The reading will officially start next Sunday, and until then, I hope to hear from everyone who is planning to read it. I will, and I already have the book ready in the original French version.
0 x

I am reading petit pays for September, so I’ll keep you posted on my thoughts and how I’m progressing. I purchased my ebook version today.
0 x 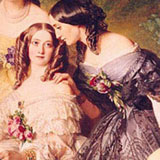 So, I picked up the group book in Spanish. I'm going to aim to read seven chapters a week and finish it by the end of the month. At the beginning of this year I decided to do some intense reading in Spanish and I think it has helped a lot! I got through seven chapters almost in one day. I feel like it's easier for me to read and understand what I'm reading in Spanish now.
0 x
Language Logs - Una Aventura Maravillosa [ES] / The Ambitious Goals of a Wallflower [ES, IT, ZH, and More!]


I’ve read 1/4 of the book so far so I’m on tract. I like it so far. The most interesting character is his French father, and we’re seeing a lot of Burundi through his as he is teaching his children. He’s an interesting figure, obviously loving to his children and loves Burundi more than France, but is still stuck in a colonial mind set, which seems to have ruined his marriage and we’ll see what further problems it causes him.

I really liked chapter 2 at his old friend’s house. The writing was great, and it really did feel like the “old boys club” and his father really acted like a jerk in front of his wife and family to show off for his friend (was it Jacques?? Yes I think that was his name).
0 x
Post Reply
184 posts