I was thinking of doing my Nano in Korean this year! Working title is 후광: 부산귀담 (Afterglow: A Busan Ghost Story). Trouble is I really want to finish my English project from the last two years as well... my other idea was to do challenge myself to write a Korean short story every day using Rory’s Story Cubes as writing prompts
3 x

lavengro wrote:I would be as angry as Zoldan the Furious, main character in my as yet unpublished yet extremely geniusy novel, "Zoldan Hires a Lawyer and Travels to Lausanne, Switzerland").

I, for one, would be excited to read the tale of an old pagan Swiss god navigating a lawsuit in modern Switzerland. So what language will your genius novel be written in?

In the finest tradition of imaginary and nonexistent novels, it will surely be written in Tlön, an imaginary language. Though as that language lacks nouns, the climatic courtroom scene where the parties break into fisticuffs will undoubtedly be a somewhat disappointing read (though still smacking of genius).
3 x
“They lived and laughed and loved and left.” 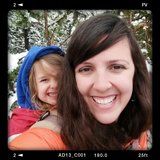 I'm thinking about joining you. I traditionally start and fail nanowrimo every year, because I write a bunch of garbage that has no plot and I get so sick of my terrible writing that I can't even face coming back to keep typing nonsense.

I was thinking that this year, I might try in French, but make some modifications that might make it more realistic & useful.

I was thinking about just a short story, with the goal of 10,000 words. And, I was considering taking the bad writing issue out of it by retelling a known story or fairy tale. Katurah and Lord Death is top of my list right now.

My thought is that jumping right away into telling a story with structure will let me get the word count together faster & leave time for editing, which is really necessary to make this a useful exercise for me. I can blabber away in French all I want but if I never look back for mistakes and improvements, it's useless.

So right now that's the plan. I'm intending to write an outline in French before Nov 1. Nov is a terrible month for this sort of thing but I'm relatively free the first half of the month so I'm going to try and do as much as I can then.
3 x
But there's no sense crying over every mistake. You just keep on trying till you run out of cake.

arthaey wrote:As for my own NaNo idea this year, I have this big fantasy storyline that I'll write later in English. For November, I'm going to write a shorter story in Spanish from a side character's point of view instead.

The basic overview of the larger story: A region/ethnic group has an ability to sense blood, long-ish range. Village girl gets her some fancy city learning in exchange for being a test subject herself. Plague happens, she figures out vaccines or bloodborne pathogens or somesuch. Does she use her bloodsense + science discoveries to save folks, even if it means using her people and/or opening them to more exploitation? (Spoilers: probably yes, but you never know, IME characters surprise you when you get to writing!)

The English large-story main character leaves the village and does her adventures.

The Spanish small-story main character stays in the village. She stays when some villagers flee due to Events. She "stays" when others die. So her story is about her various decisions to "stay" in some form or another, and how that shapes her.

Title is correct - I like it a lot because it can have some ambiguity, if you want to play with it, with "quedarse".

There was once a short story of a doctor that coded the Koran in the "ethnic blood", it was then used as biomarker for a weaponised virus, the daughter then discovered a way to create a cure with a way that maintained the Suras, individually randomising a shift per person. I'm not sure I'm remembering it correctly.
1 x
Tagged posts: Language Method Resource
Please feel free to correct me in any language, critique my posts, challenge my thoughts.
I am inconsistency incarnate.
Go study! Publisher of Syriac, Aramaic, Hebrew alphabet apps at http://alphabetsnow.zyntx.com

I've update the first post of this thread with the list of participants. Holler if you want something changed or added!

I also discovered that the official NaNo website allows you to set custom goal trackers (although it doesn't override the "official" 50k goal). Go to https://nanowrimo.org/participants/YOUR_USERNAME_HERE/trackers/new to make one for yourself!

Another new(-to-me) feature of the site is group word sprints, right on the site: https://nanowrimo.org/group_word_sprints. It might be fun to try that.
1 x
Posts in: French • German • Hungarian • Spanish
NaNoWriMo: 10,000 words
Corrections welcome in any language; I prefer an informal register.

According to the rules I cannot use Roger the Dragon, since I wrote part of it prior to the start of the event. I did sign up for a ligit 50k in English with the title "The madness of Larry Titchwell" just because I thought of the title one morning, and it interests me. So I thought I would do a "pants" year where I just write by the seat of my pants with no outline. This of course means that I will fail, I have been doing this for 12 years and I fail every year I don't start with an outline.

Anyway, I'll try to write one in French at the same time. I'll do 10k French with a genre of Comedy Adventure (randomly picked) and a title of "The Isle of Salt Root"

I think I've figured out what I want from this NaNo. I'll be cheating. Min five thousand more words spread across four existing projects, one of which is in Swedish. So I'm aiming for 20,000 words minimum of which 5,000 will be in Swedish. My average words per day across all the NaNo years I've got counted is 600, which means my average novel length is 18,000. So even 20,000 words will be a challenge.

Other commitments during November are my intensive Swedish course and that fact that I've taken it upon myself to also enter in the knitters' version of NaNoWriMo, which is to knit a 50,000 stitch sweater in November. I've never knit a garment before...

rdearman wrote:According to the rules I cannot use Roger the Dragon, since I wrote part of it prior to the start of the event.

I will point out that being a "NaNo rebel" is a time-honored tradition. People participating in the spirit of the NaNo challenge without adhering to the letter of the rules have always been warmly welcomed in the community (which is something I like about it).

rdearman wrote:Anyway, I'll try to write one in French at the same time. I'll do 10k French with a genre of Comedy Adventure (randomly picked) and a title of "The Isle of Salt Root"

On the other hand, this sounds intriguing(ly vague), so don't let me stop you from doing simultaneous NaNo stories!

YMMV, but I figure I'm going to do everything in Spanish, including outlining, so that it all counts towards my TL practice.
0 x
Posts in: French • German • Hungarian • Spanish
NaNoWriMo: 10,000 words
Corrections welcome in any language; I prefer an informal register.

I added a "Resources" section to the first post in this thread, starting off with some of my personal favorites. Please let me know if you have other books/podcasts/worksheets/tools to share!