Serpent wrote:(I do think it would be great to bring back sorting by the totals - do we still have the code? Back when surrealix handed over the challenge he definitely had it)

The only code surrealix handed over was the one on the github site. So if he had some other version he didn't give it to me.

He turned off the feature in like 2014, but he said the code was still there. IDK if it's on github

Can you ask him about it?
0 x
LyricsTraining now has Finnish and Polish 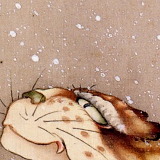 rdearman wrote:Shouldn't be a problem, and I can always add a number if there is a conflict. Of course someone might look at the code and fix the problem before then.

Thanks! I wish I could be of some help with the code. I did take a look at the database file on GitHub, and I noticed that the two-letter code for Indonesian is currently set to "in", which I gather is the old code, changed in 1989 to "id".

Serpent wrote:While it's technically possible, wouldn't that be a bit too much? I do Romance, Slavic and Germanic challenges too. What's your issue exactly? You don't need to set goals for each subgroup if you don't want to

You'll get a star for each 1250 pages completed in the same "language".

Right now I'm studying Latin and Sanskrit, and I'm planning to study Ancient Greek (and possibly others). Already with Latin and Sanskrit, I find lots of helpful cognates and parallel structures. They're not as close as, say, French and Spanish, but I'd say they're appreciably closer than modern IE languages from different branches. And my understanding is that Ancient Greek and Sanskrit are closer still, especially when you get to Epic Greek and Vedic (as I hope to), which are as close in time to their common ancestor as they are to their modern descendants.

(Incidentally, that ancestor and the ancestors of two other Super Challenge families, Sino-Tibetan and Semitic, were probably all spoken around the same time. Personally, I would approach different branches of those families the same way: I probably wouldn't think to do a family Super Challenge for Tibetan, Burmese, and Mandarin unless I was also learning the classical languages and really trying to bring out the commonalities.)

I'm even finding that the ancient languages help with modern languages from different branches. For example, familiarity with the eight PIE cases preserved in Sanskrit makes it a lot easier to see how those cases merged in different ways in Modern Greek or German.

So I'm basically trying to take an integrated, diachronic approach, working back toward some understanding of Proto-Indo-European and forward to follow how the languages evolved. And I really just have one goal for the Super Challenge, which is to do a lot of extensive reading and listening within the family, since right now I don't do enough of that.

I did consider doing a separate challenge for each IE branch, but it wouldn't really reflect that approach or goal. For example, on the page that tracks your progress and projects it into the future, it would be helpful to see my progress and projected finish for the challenge as a whole, but not so helpful to see four or five separate graphs. I would just have to mentally add them back up anyway. And with things like streaks and sprints, as this is my first Super Challenge, I don't know whether I'll actually find them motivating or not, but it would be nice for them to count whether it's Latin and Spanish or Latin and Greek that I've been doing consistently. I think there's a certain amount of helpful synergy either way.

Just a quick follow-up, we've been chatting about this a bit more, and I can see how doing such a large family as IE would be getting pretty far from the original challenge of doing lots of listening and reading in specific languages. So I'm good with doing branches, and I'm planning to sign up for the Romance family at least, and maybe also the Greek family that includes Ancient and Modern Greek.

By that rationale, it would probably make sense to count Indo-Iranian as two branches, Indic and Iranian. (That would also be consistent with the current IE Super Challenge families, because Indo-Iranian probably split before Balto-Slavic did.) Indic could include Vedic and Classical Sanskrit and descendants such Hindi and Bengali, and Iranian could include Persian and Kurdish and forebears like Avestan.

The only thing is, while I'm tempted to do something like a quarter challenge in each, I was thinking I'd see how it goes with the Romance and Greek families before signing up for more. Don't want to request new branches and not use them. So maybe no need for them yet, unless others are interested?
1 x

What happened to the Super Challenge website? When I go to https://super-challenge.language-learners.org/ I get this message:

JohannaNYC wrote:What happened to the Super Challenge website? When I go to https://super-challenge.language-learners.org/ I get this message:

Maintenance! We've moved the DB in anticipation of migrating the site to the next Challenge which should be starting in 10 days or so.
3 x
Anyone who thinks assembly language programming is difficult, obviously hasn't used Rust.

rdearman wrote:Maintenance! We've moved the DB in anticipation of migrating the site to the next Challenge which should be starting in 10 days or so.

Yay! Thanks! I'm counting down the days.
1 x
Corrections welcomed!

Are we using this one as the sign up thread or will there be a new one? Excited!
4 x
Corrections appreciated.

Oh man !! I was supposed to read 50 books in russian, and I didn't read one. I don't even understand how it's possible