Updated the list of those participating. If I've missed anyone, let me know.
0 x
You're not a C1 (or B1 or whatever) if you haven't tested.

I am really glad there is a challenge like this. Language learning, while great for the brain, is mostly a sedentary hobby (although I like to walk when I do Pimsleur). So working both the mind and body is a great challenge to have. Plus, the physically healthier you are the more mentally healthy as well and vice versa!

Fitness Goal: Work out 3-5 days a week consistently. Stand up and walk more often rather than sit. Take Yoga and/or pilates classes weekly. Complete an 8 week learn to skate program at my local ice rink.

I might update my goals later, but this looks like a good general start for my goals for 2020.
2 x

I have a pair of current interests that fit this challenge well and I would like to join.

Current State
Language: Building a solid base of German vocabulary. Haven't attempted reading a book yet. German studies commenced in May 2019.
Fitness: Can do multiple sets of roughly 25 triceps pushups with generally poor form. Cannot do even one one-hand pushup. Bench is probably about 215 on my home equipment and 205 at a gym (1 rep max in pounds). Bodyweight maybe 193. Height 6'2". Age 40.

Language: Eventual strong intermediate in German with use cases including business, university-level academics (autodidactic study only), music for entertainment, literature as always, forum participation and more. The reading is a major step in that direction and a real pleasure for me.

Fitness: Health and longevity mainly. Have very strong cardio habit in place (I run stairs in big cities and hike mountains in Utah and Colorado on vacation) and generally good condition in that respect. Would like to build simple upper body and core strength to match. Why pushups? I have never trained for endurance strength in any serious capacity and would like to see where it takes me. A major key to fitness success in my mind is to select activities that minimize the risk of injury (habits and interest help little with a broken xyz) and I think I can handle basic pushups. Also, I am fast developing a preference for activities that require no additional equipment and no travel to engage in. Burpies are a strong contender also and a real challenge. Beyond that I am mulling over a pulling movement to add. I have a pullup bar at home so the obvious may eventually be the answer.
4 x

IronMike wrote:Not quite sure what I'm going to do yet. But here's my initial wag:

Getting my 2020 goals solidified.

Language I: I was so happy to get great scores in Russian in 2019; thank you Peter for the 365 challenge! I'd like to keep those scores, so goal of 2+/2+/2+ on Russian DLPT and OPI. Aim for late April tests.
Language II: So, the Esperanto world's Universala Kongreso (UK) will be in Montreal this year, and I'm going! It's 1-8 August. At some point during that week+ they will hold the KER exams. I've taken the KER skriba (reading and writing) exam already, in Moscow in 2017, passing the C1 exam. Not sure I can pass the C1 in the parola (listening and speaking), but perhaps the B2? Therefore, I'll set a goal of passing the B2 KER parola exam at the UK in August. I'll use the time after the Russian DLPT/OPI to work on my Esperanto again, maybe attending one of those weekly meetings they have here.
Language III: At one point (1999?) I was a 3/2+ in the DLPT and a 2 in the OPI in BCS. I'd love to get even some of that back as I simply love the language. Therefore, next goal will be 1/1/1 on BCS DLPT and OPI. I'll start working BCS after the Esperanto UK in August, so I'll aim for late November/early December tests.

I'd like to join in! 2018 was my year focused on fitness and I felt so healthy and good! Then, I refocused on language in 2019 and the fitness went out the window.

Goals:
Fitness 1: Do 10 pull-ups. I've never been able to do a pull-up. I remember watching the other kids do them in elementary school and wondering why I couldn't. But I bet I can if I work on it this year!
Fitness 2: 150 minutes of cardio per week.

German 1: Read six German novels as chosen by the German Book club in my city.
German 2: Spend time speaking German with my kids every single day. (I am going to be tracking this with the 2020 366-day challenge.)

Hebrew: Read the first two HP books in Hebrew. I've got other irons in the fire for this language, but this one is easily measurable.
2 x

brilliantyears wrote:Oof. My kind of challenge. I have to think about my goals and will get back to you on the details.

- Run at least once a week and finish season 6 of Zombies, Run!.* I'm currently halfway season 4. Finishing season 6 means approximately 50 runs for a total of approximately 250km.
- Average 11.000 steps/day every single week (at least 77.000 steps/week).
- Try at least one new activity (I'm thinking kickboxing!).
- Finally: I said I wouldn't make it a weight loss goal, but I know my body and I know when I'm comfortable (and right now I'm really not). So my biggest goal will be to lose 6kg in 2020.

* My go-to running app to stay motivated. Highly recommended if you enjoy zombie apocalypses, gaming and audio dramas all wrapped up in a fully functional running app.

[edit] Doesn't necessarily count as fitness, but rather health in general: I have joined a course (MOOC) on mindfulness that focuses both on practising mindfulness as well as the theory behind. 2019 sucked. Let's see if I can be more mindful in 2020.
3 x
Norwegian Duolingo:

I'm liking this idea of solidifying goals. Given the nature of what I'm doing in terms of sports and my tendencies in terms of language, this will be goals between now and March 1st (or whenever my weekday on the water practices start).
Fitness/Sports
Note that I'm already doing the first three things on this list. It's looks like a lot when it's written out, but right now I typically row on the water on the weekends, erg once or twice on the weekdays, and I'm getting back into Zwift because if I'm unwilling to get myself out of bed for 5:30am erg practice, I need to replace it with something else. 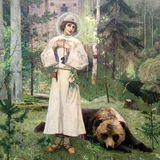 My only challenge in 2020: Don't start any other challenges!!!

I see everyone here is much more fit than I am

Physical goals:
- Do x5 push-ups in a row (I've never been able to do a push-up before)
- Stay within my "ideal" BMI, maybe put on 2-5kg.
- Go hiking x5 times
- Do my morning exercise routine (yoga + dance + leg/arm exercises) every day
- Improve posture