All about language programs, courses, websites and other learning resources
Post Reply
26 posts 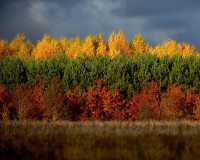 I was asked about resources for Lithuanian and I thought it would probably be better in its own thread here rather than buried in my log.

Bilingual Dictionaries
There is rarely more than one bilingual paper dictionary available per language, so you don't really have a choice. Again, good dictionaries always contain stress/accentuation information, but the bilinguals often don't have them.

Other
vaikams.lt - Lots of material intended for children. Stories, audio books, songs, nursery rhymes, old Soviet animations...
Demotivational posters - Some content might be offensive or NSFW.
anekdotai.lt - Jokes. Similar websites can be found by searching for "anekdotai".
Last edited by eginhard on Wed May 18, 2016 11:28 am, edited 3 times in total.
4 x
: Read 52 books in 2017 (Goodreads)

I commend eginhard for opening this discussion thread and would like to add to the list of resources for learning Lithuanian as follows:

PREVIOUS HTLAL DISCUSSION THREADS
A G-search of the HTLAL using “Lithuanian” as the search criterion yielded at total of 217 results, most of which either make only incidental references to the language or discuss very specific questions of grammar and/or personal experiences. Those having the most relevance to the current discussion would seem to be as follows:

The original textbook was published circa 1970 as “Introduction to Modern Lithuanian” and was reintroduced as “Beginner’s Lithuanian” for which the most recent edition seems to have been published in 1998. A few of the Customer Reviews on Amazon report that there were no changes to the course content across the change-of-name and the numerous editions. Although the textbook surely contains some outdated vocabulary, the course seems to have been very well-received both on Amazon and on the HTLAL. The audio recordings (4 hours) are freely available as MP3 downloadable files from the Indiana University CeLT Recorded Materials Archive website which also contains a brief description of the contents of the recordings.
6 x

Thanks for the comment. Beginner's Lithuanian is very good indeed and I've started with that one myself, so I don't know how I could forget to add it. It's in there now.
0 x
: Read 52 books in 2017 (Goodreads)

I've now added a wide range of native materials to the second post of this thread. Again, let me know if you know any other good resources or if you're looking for something specific.
1 x
: Read 52 books in 2017 (Goodreads)

Sveikus, A quick skimming of this topic may have missed them, but two resources, both excellent in their way are:

Pimsleur Lithuanian (a short, five tape and presumably five disc) course, which if you can stand Pimsleur's mind deadening pace
will be a decent start on accent,

Easy Way To Lithuanian which is generally well regarded. I have the book and tapes, but I believe that both are available free on the Internet. This is a bit of a sleeper; at first glance it appears to be nothing more than a phrase book, but if actively pursued, it will make you reasonably functional.

I grew up in a household where my grandmother ( a dour, unsmiling woman who taught herself to read and write both Lithuanian and English...perhaps that's why she was so dour!) spoke Lithuanian . Unfortunately, like all of my contemporaries, I had no interest in Lithuanian, so I retained a vocabulary of about three words: Sveikus, aciu, and kamnus. The accent, however, stuck; apparently when, in the early 60s, I was going to school in Germany between an AB and a Ph.D. I spoke German with a Lithuanian accent!

Good Luck with your pursuit of a wonderfully interesting language.

@crush
Interlinear Books has a book for Lithuanian:
https://interlinearbooks.com/lithuanian/

Yes, this is the only way to approach Lithuanian, translation. It's completely unaccessible even if you speak a dozen of other languages. Interlinear tr. translates word for word and keeps the original word order.
Hoewever, your text study must be accompanied by the audio, Lithuanian pronunciation is very special.
1 x

Glossika Lithuanian is purchasable until 12th of November 2017, after which all courses will be taken out and replaced by the Glossika online interface, which has the same Lithuanian course, but at $30 a month.