Introduction
Over the past year, I have been acquiring a few vintage language-learning materials dating from the late 19th and early 20th centuries which many fellow enthusiasts will quickly recognize as being the period during which audio recordings (in the form of phonograph cylinders) were first incorporated into foreign language courses destined for use either in language classes or for home study. 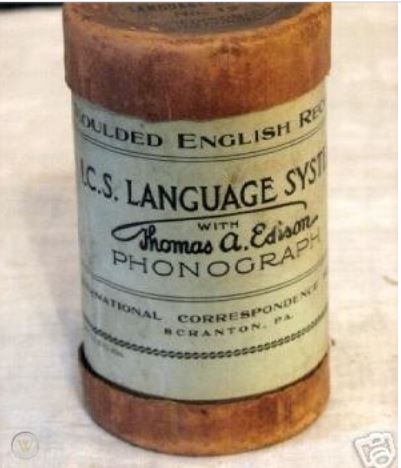 I have no phonograph cylinders in my collection nor do I have a device capable of playing them. In any event, given the likely advanced deterioration of many such cylinders, the probability of salvaging usable audio tracks, without recourse to sophisticated equipment and techniques, would be low. Thus, I was pleased to discover that a number of projects have been launched with a view to recovering recordings from phonograph cylinders, that much progress has already been made, and that a number of institutions have begun creating substantial archives the contents of which are becoming freely available to the public in mp3 format. The collections presently available already contain samples of audio recordings which were prepared in the late 19th and early 20th centuries to accompany language courses of the era!

University of California Berkley Inititiative
“A team of researchers at UC Berkeley has embarked on a project to save wax recordings made a century ago using modern technology—they are calling it the “Documenting Endangered Languages” initiative. As they describe in a post they have made on the UC Berkeley Library website, the group has plans to use optical scanning technology to retrieve the recordings and then to save them in digital format. The recordings were made using the Edison phonograph (some in 1900 and some in 1938) and are part of a collection of recordings of indigenous people speaking, singing or praying. The recordings were made by anthropologists interested in studying the languages spoken by indigenous people in California. The subjects sang or spoke into the wide-open end of a megaphone connected to a device that recorded the sounds onto wax cylinders. Those cylinders now reside at Berkeley’s Phoebe A. Hearst Museum of Anthropology. Over time, the cylinders have degraded or have been damaged in other ways. In this new effort, which is part of a larger effort called Project IRENE, the team plans to transfer those songs or spoken words from the wax cylinders to digital media to preserve them. […] The initiative is being sponsored by the National Science Foundation and the National Endowment for the Humanities. The goal is to transfer and preserve approximately 100 hours of audio representing 78 indigenous languages, many of which no longer exist. Retrieving them from the cylinders, the researchers note, is the only way to preserve them.” – Source: Languagehat.com 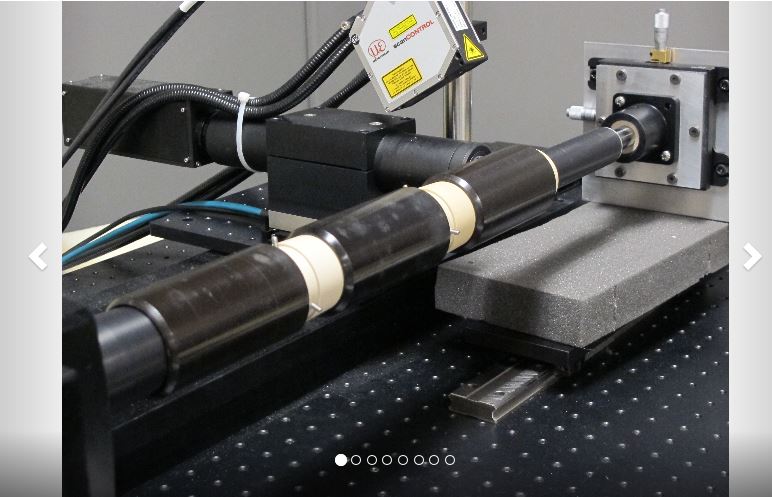 Key to the Language Courses
My (obsessive) searching of the internet has helped me develop the following “key” for those who might be interested in using these sound recordings alongside the original course manuals, many of which are still available:

International College of Languages
These are the recordings of Dr. Richard S. Rosenthal’s Language Phone Method (subsequently published by Funk & Wagnall’s) for which I have already posted a review. COMPLETELY REVISED.

I.C.S.
These are the recordings of the I.C.S. (International School of Correspondence, Scranton, Pennsylvania) language courses. I will be posting a brief review of these language courses in the near future. DONE!

I.P.L.S. / International Phonographic Language
These are the recordings of the “Gastineau Method” or "Conversation Method" by Edmond Gastineau. I will be posting a brief review of these language courses in the near future. DONE!

Cortina
These are the recordings of the original R.D. Cortina Company language courses. There are presently two audio files; however, they are not classified amongst the other "Language Instruction" files. To locate them, enter "Cortina" in the search window. As many members are aware, the final editions of these courses are available via the Yojik.eu website.

Other Initiatives / Other Archives?
It is likely that other initiatives of this type have been launched. Members are invited to post links to similar archives, particularly to those containing freely-available audio recordings. Merci d'avance!

Those old recordings may be interesting from a historical point of view, but the sound quality of old recordings in general ... urgh! Listening is definitely necessary to learn a language, but if you are more occupied by the low sound quality than by what is actually said then the question is how much you actually learn. I haven't listened to old language courses like these before (because even new ones are unbearably slow and artificial and boring), but I have listened to some recordings of long dead dialect speakers - simply because the hardcore dialects of the old folks tend to die out today (or be replaced by just slightly regional variants of the standard language), and sometimes the sound quality is better than expected. And kudos to the pioneers for actually MAKING those historical recordings. But the same sound quality applied to a language course .. urgh!

As for music I revere old musicians, but listening to their first recordings is sheer torture because of the sound quality. The only kind that sometimes sounds OK is piano rolls - if they are replayed at the correct speed, of course.

Apart from that - excellent and very informative post by speakeasy!
2 x

vintage (n.)
early 15c., "harvest of grapes, yield of wine from a vineyard," from Anglo-French vintage (mid-14c.), from Old French vendage, vendenge "vine-harvest, yield from a vineyard," from Latin vindemia "a gathering of grapes, yield of grapes," from combining form of vinum "wine" (see wine (n.)) + stem of demere "take off" (from de- "from, away from" + emere "to take;" from PIE root *em- "to take, distribute"). Sense shifted to "age or year of a particular wine" (1746), then to a general adjectival sense of "being of an earlier time" (1883)...

Used of wine since the 15th century.
Used of cars since 1928.
Used of language courses by discerning collectors since time immemorial (sniff, sniff!)

Since we are looking at fun etymology, and since you are on the topic of wine ...

The English word "Butler" (now meaning a senior male domestic servant) relates to the French word "Bouteille", because a "Botellier" (to use the older spelling) was in charge of protecting the wine bottles of aristocrats or senior military officers.

Related to this, when I was a postgrad at Oxford, I was surprised that many colleges had a small informal dining room or drinks bar called a "Buttery". Many people (including me) assumed this related in some way to butter, but it is actually an evolved spelling of "bouteillerie", since they sell bottles of wine and other drinks.
3 x
Post Reply
4 posts • Page 1 of 1