by Speakeasy
For Nerds Only
I well appreciate that many of you are not in the least interested in vintage language-learning materials and that you will not even bother opening this discussion thread. That's just fine. Still, the genuine nerds amongst you will be “geeked out” by the use of electronics in language-teaching explored below which, according to the Wikipedia article from which I extracted much of the information, was used “extensively throughout the British schooling system in the 1960s.” Perhaps some of the long-in-the-tooth U.K. members will recall having used this in their language classes?

Gerald Stillit
Gerald Barry Stillit FCA (born 1938) is a British-born inventor, publisher and polyglot, who founded and was chairman of Stillit Books Ltd of Bond Street, his former educational publishing company. In 1963, Stillit invented an electronic corrector (Stillitron Teaching Aid) which was first applied as a teaching tool in conjunction with mathematics, science and language textbooks, used extensively throughout the British schooling system in the 1960s. This device was the first of its kind to combine circuit-board electronics with the ability to provide students with immediate positive feedback in monitoring answers to multiple choice questions. Subsequently, the electronic corrector was developed alongside a series of language courses which sold millions of copies worldwide throughout the 1970s and 1980s. – Source: Wikipedia

Electronic Corrector
Stillit's response-analyser was a world-patented two-part device consisting of a nickel-plated printed logic-circuit powered by an AA battery, and a special responding book. This 'electric textbook' was placed above the teaching aid and the responder marked the answers by penetrating the page with a stylus (signalling probe) which contacted the backing member to complete an electrical circuit indicating the correctness of the answer selected; a light immediately showed the result – green for right, and red for the wrong answer. The backing member underlying the textbook page had an electronically conductive pattern which permitted wide latitude in the format of the page or sheet containing the questions without allowing the student to guess which answers were correct by virtue of their position on the page. It was the first corrector of its kind to combine questions on the overlaying paper with immediate responses and feedback, obviating the requirement for referral to corresponding separate reference sheets, and the construction of the circuit board was such that it permitted the format of the multiple question sheet to be randomised within large limits so as to avoid visual the repetition and monotony associated with previous correctors, not only from page to page or sheet to sheet, but within any individual sheet itself, thus allowing for a plurality of possible answers. Its simplicity permitted even young children to use the Stillitron Teaching Aid to teach themselves through independent self-learning; at the time, it was one of the simplest yet among the cheapest devices devised in Britain. – Source: Wikipedia 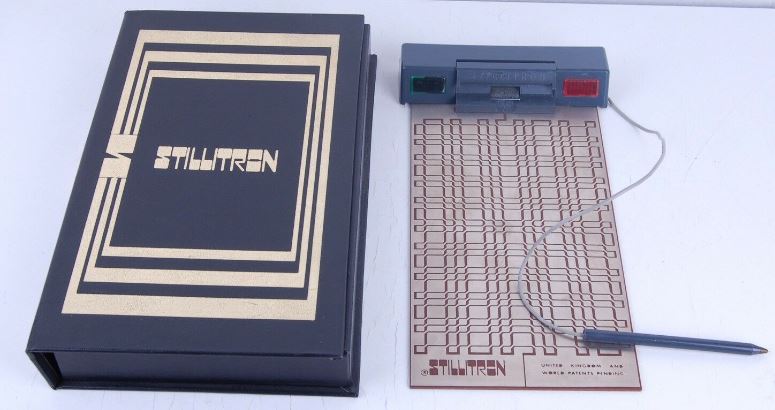 Stillitron Language Courses
As far as I can tell, the Stillitron language courses components comprised: (a) the electronic connector depicted above, (b) 10 textbooks, divided into 50 lessons, and (c) a set of 10 audio cassettes. It would appear that the programmed learning method was employed along with a heavy reliance, in the initial stages at least, on comic-strip-style drawings as visual cues. It seems to me that these were beginners’-level courses only. The images above and below were drawn from offers for incomplete sets that I discovered on eBay. These self-instruction courses were available for the study of English, French, German, Spanish, and possibly other languages. I have come across examples from an English-base, an Italian-base, a Spanish base, and a German base, all of which suggests to me that the courses were likely available in other base-languages. The publisher Grolier Inc., or Grolier International Inc., seems to have published editions of these courses under their own imprint. 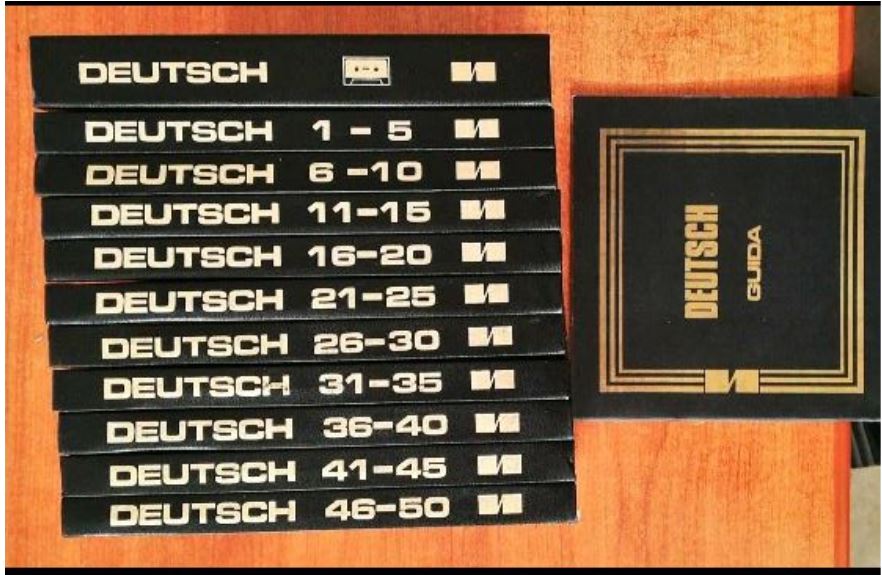 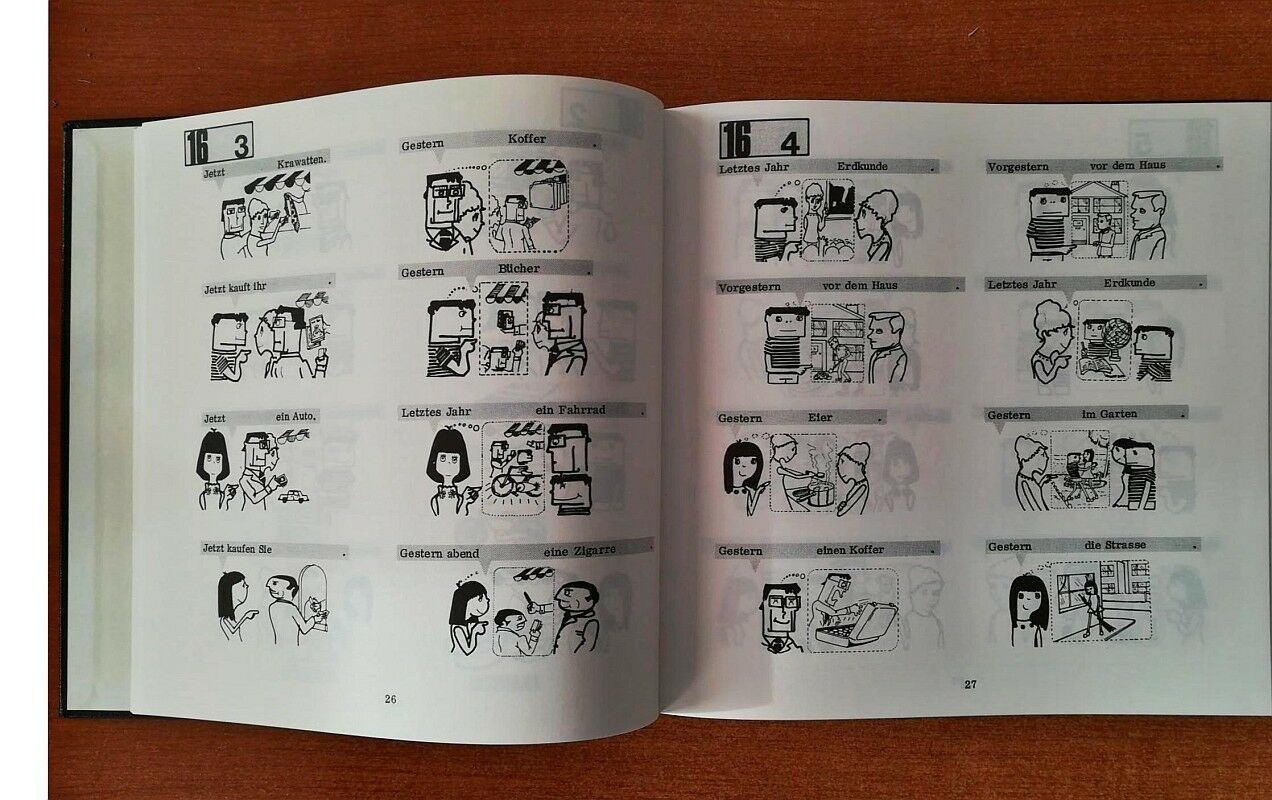 The image below is possibly that of a multi-lingual User Guide. Astute readers will note that the image depicting the 10 course books, above, includes a User Guide in Italian. 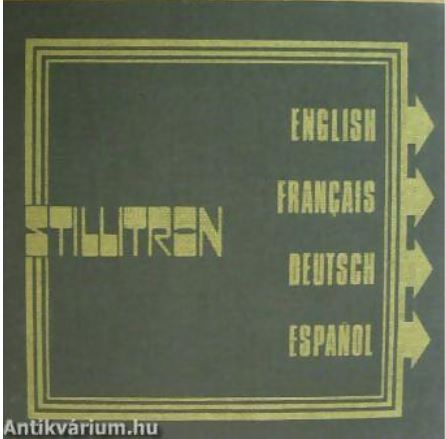 Any Users?
These courses were used “extensively throughout the British schooling system in the 1960s.” Perhaps some of the long-in-the-tooth U.K. members will recall having used this in their language classes?