I was trying to figure out which dialect of Irish was used in the latest Teach Yourself Complete Irish when I stumbled upon this gem.

David R. Smith did an amazing job of re-typesetting this book and repackaging it for modern users. There was also an accompanying two-record set produced by Gael Linn Records, and they gave him a copy so that he could upload it. So there is around an hour of audio to accompany the book. Smith embedded the audio into the PDF, but I couldn't get it to work. Luckily the audio files are available separately as zipped AIFF files (one for each record side).

There is an amusing passive-agressive email exchange between Smith and the book's publisher added to the end of the PDF. Basically, it is still under copyright, but when he asked if he had "leave to release this work as 'free issue' to interested parties for educational use only", they said "Yes that is correct. They have no interest in publishing the work you have put together."

This book is based on a West Munster dialect, so it would make a very good companion to anyone who uses Pimsleur's 10-lesson Irish course, which also teaches the Munster dialect.

The book's rationale for using this dialect is: "The dialect chosen for this book is that of West Munster, as it is phonetically the simplest, and it is closest to the language of the Munster poets of the seventeenth and eighteenth centuries, who best represent the last survival of the old literary tradition."

Complete Irish, the latest edition from Teach Yourself, is not based on any particular dialect, but instead teaches a synthetic "Standard Irish". It would go along well with Duolingo, which also teaches Standard Irish rather than a particular dialect. The audio of Duolingo Irish is spoken by a Connacht speaker.
12 x
Corrections welcomed!

This is excellent! Thank you for bringing this to our attention and I will definitely be adding it to my hoard reasonable collection of materials for languages I will someday learn.
1 x

It seems to be the same edition as my old light blue TY book. If so, you should be aware that the dialect used is somewhat conservative. This means that the book specifies more synthetic verbal forms than other sources do, and the past tense is always marked with a particle (d or d'), not only when the verbal form starts with a vowel as stipulated in other sources. There may be other caveats which I haven't noticed because my Irish isn't particularly advanced.

Apart from that it is an excellent offer.
2 x 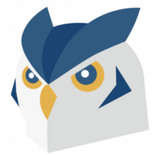