Ogrim wrote:Regarding the use of "on" for "nous" it is so widespread that you see it quite a lot in written correspondence as well - maybe not in formal texts or letters, but certainly in e-mail exchanges between colleagues or with clients, so yes, new learning material should really introduce this feature of French at an early stage.

I'm going to start studying French in 2016 with my sister. I've read so much about how real, informal spoken French "on the street" is so different from what's taught in most courses as to accuse it of being near-diglossia. This makes me despair of learning French — but obviously it can be done.

So, my question is: What materials would you recommend to make sure we get sufficient exposure & practice with "real" French? My goal is more being able to chat with random French people than writing academic papers. 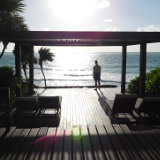 No, it's nothing close to "diglossia," no more than English is diglossic because for most people how they speak with a friend at a bar is rather different from how they write.

I get the sense that some people spend too much time with books, lectures, and especially mannerly radio hosts and then are shocked when "street" speech sounds all elliptic, contracted, and full of slang or "informal" expressions that are much less common in writing -- just as with any other language I know about.

Watch films and talk shows, listen to group radio shows, preferably dealing with pop culture of some sort rather than academic subjects. Watch young French YouTubers to get a taste of how "the kids" talk.
8 x 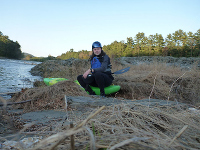 arthaey wrote:I'm going to start studying French in 2016 with my sister. I've read so much about how real, informal spoken French "on the street" is so different from what's taught in most courses as to accuse it of being near-diglossia. This makes me despair of learning French — but obviously it can be done.

So, my question is: What materials would you recommend to make sure we get sufficient exposure & practice with "real" French? My goal is more being able to chat with random French people than writing academic papers.

If you want good examples of (1), I heartily recommend inexpensive graphic novels (which make heavy use of ordinary conversational language) and TV (once you can understand it). Fortunately, it's not too hard to pick up (1). Unless you limit yourself to formal, written French, you'll probably get the hang of things fairly naturally; most students do.

I've seen a few books that claim to teach "street" French. Most of them are full of corny euphemisms for sex, stale slang, and other such things that you're probably better off avoiding. But there are a few good websites that cover spoken French, including Fluent French Now, which posts audio and transcripts of real conversations and analyzes them in detail.
5 x

Glad to hear that it's not as dire as all that.

It is not diglossia. Some differences between spoken and writen langauge are totally normal in any langauge.

My two cents: Don't fall into the excuse trap "why should I learn all this textbook stuff, it is not used normally". Learn the grammar, learn the vocabulary courses give you, learn more. Than, when you are ready, start with native input of various kinds to get to know all the styles you are gonna need.

Resources on contemporary French, as it is normally spoken: tv series (Profilage is a good example, Eureka is a good dubbed example, Kaamelot is an awesome original series, but harder), books of the "lower genres" (out of easier books and translations: Charlaine Harris books are full of spoken French. Other than that, polars like those by Fred Vargas, authors like Chattam, Grangé,...), talk shows,...
6 x

If you are a complete beginner, I recommend you start learning ordinary written French or what I would call "standard" French - as emk points out, this is what you will find in newspapers etc. and this is also the norm spoken by news anchors on French TV for instance.

Once you get to a more advanced level, you will start noticing the peculiarities in informal spoken French, which are used to a varying degree depending on the speakers' age and education. I am not talking about "street French" as spoken by youngsters in the suburbs, but certain peculiarities in spoken French used by most people, like "on" instead of "nous". To give you another example, in everyday spoken French it is quite usual to abbreviate a lot of words:
La Fac for la faculté - faculty
la pub for la publicité - publicty, advertisement
D'acc for D'accord - OK, I agree
Le Bac for le Baccalauréat - the end exam after secondary/high school
le resto for le restaurant
t'inquiète for ne t'inquiète pas - don't worry
etc.

Some of these abbreviations, like Bac andpub have become so established that you will see them written in newspapers etc. as well. Others still only belong to the spoken language.
2 x
Ich grolle nicht

How do I remove a heart I accidentally gave myself when looking who gave me the first one? Now I look like a moron

I reviseted the thread as I remembered another source. The series that has been recommended amillion times already, grammaire progressive, sometimes points out differences in the various registers of the language, especially in the more advanced levels. Therefore it is one more reason to have a look at it. However, it points out the grammatical distinctions, not the lexical ones.

You will soon get to know some of the usual words like truc, méc,... don't worry. Even some courses introduce the most common terms. I remember Édito introducing some, if I am not mistaken, and some others as well, even though just a few selected words.
3 x 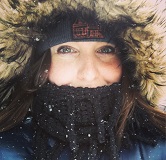 The IE Languages website has a really good guide to informal French and a series on "authentic" French from real-life sources and more authentic listening here.

If you speak proper French it will always be fine. Informal French can be a lot of fun and there are many different types and degrees and what's used depends a lot on age, region, origins, etc...

Some slang comes from Arabic.

As a foreigner unless you speak the language well - avoid it.

Listen to a lot of video, TV, movies and you'll get the informal levels.
Sometimes it's used for social commentary like Kamini in
Marley Gaumont : (Google his video) the words are :
http://musique.ados.fr/Kamini/Marly-Gomont-t110842.html

Wher he criticizes his town people for not EVEN speaking Verlan.
1 x
Tagged posts: Language Method Resource
Please feel free to correct me in any language, critique my posts, challenge my thoughts.
I am inconsistency incarnate.
Go study! Publisher of Syriac, Aramaic, Hebrew alphabet apps at http://alphabetsnow.zyntx.com

I agree a learner who is not absolutely sure should be careful about using some informal words (especially those extremely impolite ones), however, passive knowledge is necessary.
1 x
Post Reply
13 posts