All about language programs, courses, websites and other learning resources
Post Reply
216 posts

A Brilliant Idea!
And greatly appreciated!
Thank you!

On second thoughts I'll see if someone can move Carmody's PSA on Les Voyageurs up so it is the third post instead of editing Tom Gosse's post. I'm not sure how to move posts on my mobile.
2 x

I sense there is a Guardian Angel at work.
Thanks.

Would like to thank all the powers that be for our thread qualifying for TOTW.
I am really grateful!

One of the truly liberating things about this thread is that people feel free enough to call things the way they see them, regardless of how celebrated the stature is of a given author.

The book La délicatesse by David Foenkinos was written in 2009, was widely popular, and made into a movie by the author and his wife.

The Plot:
Natalie and François’s perfect marriage is brought to a tragically abrupt end when François is hit by a car while jogging. Natalie mourns deeply for three months and then goes back to work, where she receives the unwanted attention of her boss, Charles. She makes it clear that she has no interest in him and seems to have no interest in men at all, until Markus, a Swedish man who works for her, reawakens her desire. After a kiss in the office, the two begin seeing each other. She likes Markus because he’s funny and doesn’t try to pressure her, and Markus can’t believe his luck at landing the most beautiful woman at work. But word of their affair soon spreads around the office, reaching Charles, who hatches a plan to promote Markus back to Sweden, leaving Natalie all for himself.

My thoughts:
Although a widely popular book in Paris when it came out but I frankly can’t understand why. The characters are one dimensional; the dialogue is plodding, and one senses a real heavy handedness throughout when it comes to anything approaching what it means to be delicate in the context of these characters. Foenkinos inserts songs, lists, footnotes, and other formal elements that don’t really add to story.

If you want real delicacy then sit back, relax and watch Les Enfants du Paradis or La Dentelliere or read Sans famille by H. Malot or Stupeur Et Tremblements by A. Nothomb

Life is short; there is a long list of books that you absolutely must read before you die; however this book need not be on that list.

Moving on from the book but staying with the same topic, I would be grateful to learn from readers what books and movies they consider that treat delicacy in a heartfelt and sincere manner.
3 x

Thank you, Carmody, for creating this thread and also for taking care of it.

You have asked for some French books that are more upbeat. In this case you might have a look at the author Christian Signol. He is one of the top French romanciers of today. You will surely find out all about him and his books online. Last week I finished "Dans la paix des saisons" and although the main character is a man suffering from cancer, it is a pleasing read.

Then there are three books that I would like to present as my first contribution:

La Rose de Java by Joseph Kessel
It is 1919, a twenty year old French soldier and his comrade are on their way back home from the war in Siberia. They take a ship from Japan to Shanghai. On board they discover a beautiful woman, a metisse and the story enfolds.
At first it took me some time to put myself in that post-war mindset. But once I got into it, I was rewarded with a fine read. By the end, I wanted to know more about the author and was really surprised about Joseph Kessel. You may read the French Wikipedia article, his life and works are truly amazing.

Nos richesses by Kaouther Adimi
In 2017, twenty-year old Ryad is dispatched from France to Algier to empty and repaint and old bookshop. This once famous bookshop was founded by Edmond Charlot in 1936. He was also and editor and published the first books of Albert Camus who was a dear friend.
The narration switches in time between Ryad and Edmond Charlot and that makes it a diverting read. Afterwards I had of course to look up the life of Edmond Charlot, also very interessting.
I've got this book as paper version together with the audio book for 5 Euros on ebay.

Tropique de la violence by Nathacha Appanah
Takes place on the island of Mayotte. It interweaves the stories of a nurse, her adopted son and some other characters. Style and content did take my breath away. I learned so much about this part of France. There are still moments of thinking about the story.

In general, I prefer reading on my ebook-reader - the French word liseuse is so much nicer - and I buy all my ebooks from a French company. On their website I learned that "les coups de cœur" are not romantic novels but recommendations written by the staff. 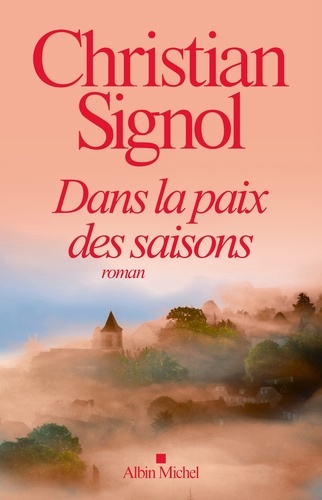 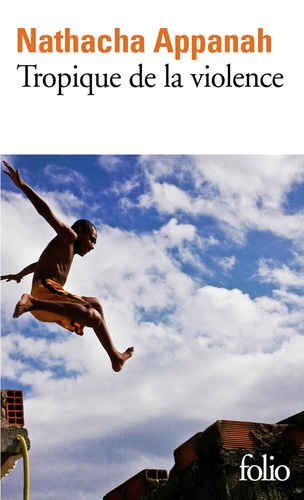 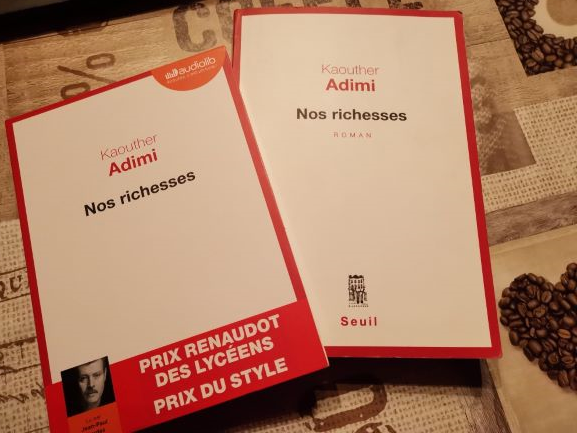 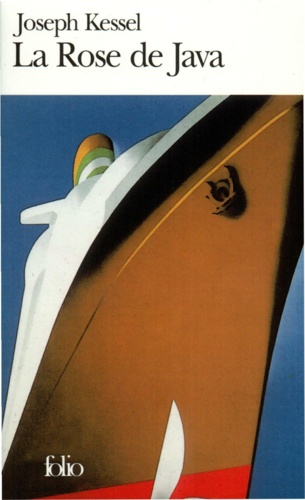 Many thanks for your kind words and wonderful suggestions, I will definitely look into trying them. I have never heard a word about any of your suggested authors.

I have asked for Klara's books for Christmas and always value all members suggestions, however Alliance Francaise also has its ideas of what books would be worthwhile reading. The following are two book lists from my local Alliance Francaise:

Here' some pretty French writing for you all. It's translated from the Arabic, from Ibrahim al-Koni's Saharan epic Les mages (The Animists). I'm only about 60 pages into the book, but I'm already captivated by it's dream-like nature. Each chapter so far has been a miniature story about a member of the tribe of humans who live on the plains, or of one of the djinns who live in the mountains.

In this selection, the young djinn Ouadad spends his days in the mountains trying to catch sight of l'oiseau du paradis. He's never seen the bird, only heard her song. He also fights with his mother over his refusal to get married, and they are currently not speaking to each other.

Back in his tent, in an attempt to make peace, his mother asks him to sing ... and the world hears his voice for the first time:

- Why don't you let me hear your voice? Let me hear the song that your hidden bird has taught you.

And so he sang, surprising the demons in their secret caverns; he danced with the most beautiful ones of paradise, illuminated the shadows of the night, breathed life into the figures of the ancestors carved into the stone, and pulled the desert out of its foray into nothingness.

I imagine that this would be beautiful in a poetic language like Arabic. It does pretty well in French! I don't know if English has the same magic.
5 x
Santiago Posteguillo, La traicion de Roma:
Marcel Proust, Le temps retrouve:
Elena Ferrante, La vita bugiarda degli adulti:

After finishing all the Harry Potter books in French, I want to drink more from that well. Does anyone has any recommendations on Fantasy books in French. I prefer series and the longer the books the better for vocabulary sake. Thanks.
2 x
Post Reply
216 posts