All about language programs, courses, websites and other learning resources
Post Reply
48 posts

I noticed there were many threads about Pimsleur, but not a main one where people could gather to discuss it. Discussion about it has probably already been done to death and with a lot of fiery words thrown at the participants, but I thought I'd start a new thread nonetheless.

This thread is for talking about different versions, effectiveness, techniques - anything you can think of.
1 x
"He's satisfied with himself. If you have a soul you can't be satisfied."
- Graham Greene (given to me by @reineke)

So the reason I started this thread was not only because I didn't see a main outlet to put talks about the resource in, but because I'm angry about the content that Pimsleur currently has out for its subscribers/online users.

I'm on a seven-day free trial for Korean, and I had read in another thread that they'd updated the Korean course to contain different politeness levels - less stiff ones. However when I signed up, downloaded the desktop application, and listened to the content, I realized it was the same course I'd listened to two years ago that I'd gotten for free at my library by checking it out. It had the same hyper-formal language. Turns out it was the 2010 course.

Not only that, but I was reading reviews on the accompanying app after I noticed its low rating in the Apple app store. I read about the bugs, but still downloaded it because at this point I thought I could make some use of the course still. They haven't updated their app in over a year, and the bugs people reported in their reviews remain. When the iPhone locks, it switches to a mini control panel with a skipping and rewinding feature as well as a pause/play feature. In this mode, the pause/play feature doesn't work. And when you open up the app, you get hounded by a message that tells you that your downloads haven't finished because you're not connected to the Internet. I assume this only happens if you're offline/off data. But it consistently pops up after I've unlocked the phone and am using the app. The app also doesn't sync progress across devices, even though I read somewhere on the Pimsleur site that it does/is supposed to.

It's a mess. Not as big a mess as it could be, but enough to give me a frowny face.

I think the subscription model is a better deal than buying close to $500 worth or more of audio content. But if you're getting old courses and the stuff that's supposed to enable you to be on-the-go doesn't work, it's not going to be a fun time. Pimsleur even advertises that most of their learners are "on-the-go" so it's funny they don't try to help them more.

Anyway, rant over. What are your stories about this product? Methods?
0 x
"He's satisfied with himself. If you have a soul you can't be satisfied."
- Graham Greene (given to me by @reineke) 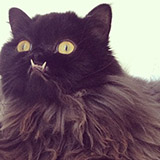 I've listened to the Polish one but it seems to be about being a man and hitting on Polish women? Which is very off-putting even though I liked how it sounded out words and repeated things a lot.
6 x

If I remember correctly, the Swedish one was just the same. A man awkwardly hitting on women.

I don't like learning from audio only, my memory simply works better, when I have both the audio and a text available.

There was a lot of English, and it still felt just like memorisation and not real understanding of the language.

I don't doubt these courses are very helpful to some kinds of learners, but the several units I tried were enough for me.
1 x

That is an annoying aspect of Pimsleur. On the bright side, it seems to get better as you go. I'm doing the French program right now, and the first half of French 1 was kind of annoying that way, but the second half wasn't nearly as bad and it hasn't really come up so far in French 2.
4 x
: 366 Day Challenge (French)
: 366 Day Challenge (Italian/French)
: Reading 2500 pages of French in 2020

I found it teaches a very small amount of language in a very long and boring 30 minute lesson. I could never get past the first few lessons.
0 x

Eido, congratulations! Opening a general Pimsleur discussion thread is something that I considered a number times. Now then, …

There are, quite literally, several hundred threads on the LLORG and the HTLAL which address the strengths and weaknesses of the Pimsleur programme, either globally or by specific language. In addition, virtually every purportedly-unbiased reviewer of language-learning methods on the internet includes a brief overview of the programme, assigns it an average rating, and compares it unfavourably to competing programmes.

Having read, and participated in, many of these discussions over the years, I predict the alignment of two groups here: (a) those who truly enjoy using the method and who appreciate the very slow, gentle, and neither shockingly-abrupt nor overwhelming introduction to the basic structure of a language, but who, at the same time, readily acknowledge its limitations, and (b) those who disparage it without reserve and who would rather endure a session of water-boarding than another five minutes of what-they-deem-as Pimsleur’s cruel and unusual punishment. In other words, the Pimsleur Method is subject to the same level of unresolvable debate and disagreement as have the Michel Thomas Method and the audio-lingual method (most particularly the FSI Basic Courses of the 1960s, simply because they are almost the most widely-known application).

I count myself as a member of group “a” and would heartily recommend to anyone wishing to develop a very basic notion of a language’s basic structure in an unhurried and non-stressful manner. Nevertheless, having completed ALL of the levels (up to level 5) of this programme for ALL of the language’s that I have studied, I would now recommend that prospective students complete ONLY the first two levels of the programme and that they then continue their studies with more conventional and more comprehensive materials.

Finally, with respect to the observation that, in the Level One programme the male student appears to be courting (hitting on) a female native-speaker, I include myself amongst those who truly were surprised by such an unnecessary and inappropriate artifice! As far as I understand, Simon & Schuster has received numerous complaints on this matter, they no longer include these quirky (bizarre) scenes in their new language programmes and, as the existing programmes are revised, these scenes are quietly redacted.
8 x

Perhaps, then, @Speakeasy we can all have a grown-up discussion about it and our discussion will be helpful to those who normally get redirected to those unhelpful sites to which you refer. I know the ones.

I didn’t mean to spark fire anew, or re-hash existing discussions which might prove useless. It just seemed like a good idea.
Last edited by eido on Wed Feb 13, 2019 1:46 am, edited 1 time in total.
1 x
"He's satisfied with himself. If you have a soul you can't be satisfied."
- Graham Greene (given to me by @reineke)

It was stuff like "would you like to go to dinner?" and where the restaurant is and so on. The directions bit could be useful, but I'm not planning on going to Poland and asking out random Polish women that I meet on the street

Plus that means it focusses on a man asking a woman questions, and it's a gendered language so that's not the way I'd ask those questions anyway. I seem to recall it did give the "ask this as a woman" prompts but most of the time it assumed I was male and talking to a woman.
7 x
Post Reply
48 posts