That's one of the ones I hadn't seen and I didn't know it was a giallo. I'll try to watch it tonight! Several of my (non-Italian-speaking) friends are big giallo fans, and if I ever mention Italian cinema that's what always comes up.

Cool! When you watch it please come back to tell what you thought of it.
0 x
Corrections are welcome.

I have the patience of an ox. (Gustave Doré)

I really adored this movie. It's a modern version of Tokaidochu Hizakurige. It's really wacky, and full of puns and pop culture references. I understood maybe 10% but the movie is still fantastic

ももへの手紙 (A letter for Momo):

Terrible trailer, but the movie was very sweet.

And a movie that had been on my list for a really long time, おくりびと (Departures):

This movie is amazing. I don't care what language you study, please watch it!
1 x
Norwegian Duolingo: 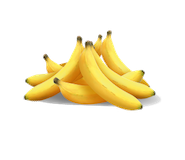 A funny comedy on the stereotypes and (dis)integration of a Turkish family in Germany.

A Turkish family living in Germany struggles with the concept of "home" after their grandfather announces plans to move the entire clan back to their native country. Feeling out of place among his German classmates, six-year-old Cenk Yilmaz finds his spirits lifted when his cousin tells him the story of their grandfather Hüseyin - a Turkish laborer who arrived in Germany as a "guest worker" in the 1960s, and later brought over his entire family. After living in Germany for decades, the immigrant family has planted large roots there. Then one night, Hüseyin drops a bombshell: he's purchased a home in Turkey, and he plans on moving the entire family back "home." Unfortunately, it seems that everyone in the family's definition of "home" is different, and as they all depart for Turkey, some resent being torn away from the only lives they've ever known.
3 x
I am a leaf on the wind, watch how I soar

For those with access to BBC TV, either broadcast, or via the internet iPlayer service:

The whole premise of the series is somewhat shaky, and the stories are probably only so-so, but the chemistry between the characters is good, and it's a chance to listen to Swedish. I watch anything Scandinavian, whether I'm studying the language or not.

The last Scandi-noir they showed was a Martin Beck series, a few years old I think, but new to BBC.

Episodes appear to be available on iPlayer for up to 29 days after broadcast.
1 x
Radio Cymru am byth!

Montmorency wrote:For those with access to BBC TV, either broadcast, or via the internet iPlayer service:

We are having a bit of a Swedish run, it seems, on BBC4:

After working for the Stockholm police for several years, Erik Bäckström returns to his home village to live with his younger brother Leif and work in the local police department. At first welcomed home with open arms, Erik soon forges a path of estrangement and destruction when he single-handedly sets about solving an ongoing case concerning the slaughter of local reindeer, a problem that the town cops have been plainly ignoring. When Eric learns that his brother is involved, events take a further turn for the worse and violence erupts in the village as the closed community unites against Erik's quest for truth and, ultimately, justice.

For Those who have access to BBC TV (broadcast or iPlayer): Arne Dahl (Swedish)

Re: For Those who have access to BBC TV (broadcast or iPlayer): Arne Dahl (Swedish)

In Swedish with English subtitles.
0 x
Radio Cymru am byth!

I used to watch a lot of French films at one time, and one of my huge favourites was "Day for Night" / "La Nuit Americaine".

Every so often I need a fix of the "Grand Choral" (and of the beauty of Jacqueline Bisset):

Same music, but some (short) moving footage; just a link to save forum real-estate:

For Those who have access to BBC TV (broadcast or iPlayer):

"Byw Celwydd" - "Living a Lie", S4C political drama series (for those who have access to UK TV - Welsh "Borgen"?

"Byw Celwydd" - "Living a Lie", S4C political drama series (for those who have access to UK TV)