Serpent wrote:...you've read Como agua para chocolate, right? How was it in terms of sexism? ...

Remember that the story in Como agua para chocolate takes place in the early part of the 20th century in Northern Mexico, which wasn't the most enlightened of times. So, yes, some of the situations are sexist and consistent with the attitudes of the time in which the story takes place. The author, Laura Esquivel, is an excellent woman writer. I read the book many years ago and also saw the film. I highly recommend both. I don't go specifically looking for or examining literature for sexist language. Not being a woman and not having that life experience as a part of my being, I am not as sensitive to it, obviously. Still, I have a mother, a sister, a daughter- many women in my life and I want them to be treated fairly and equally as people without regard to their gender. If I read something obviously sexist, I know it when I see it and I won't tolerate it in modern contexts.

Historical contexts are a different kettle of fish. In times past, women did not have equality, slavery and discrimination were rampant and institutionalized. I believe it is unfair to judge literature written in different eras within their historical contexts by today's standards. While we are trying to be more sensitive to people now, it's still a work in progress even today, but it is at least better today than it was in the past.

As to bringing diversity into your reading, most of your languages are European. Among the languages you speak, English, Spanish and Portuguese have the widest range of racial diversity. There are many good writers who are African and/or of African descent in the diaspora who are writing in these languages. That's a good place to start.

On a side note, I, myself, made a conscious effort many years ago during university to bring more diversity into my reading and music by deliberately seeking out more women authors and singer/songwriters. As to racial diversity in reading, without knowing what your tastes are, I hesitate to recommend any specific books or writers, but it can be easily researched. I commend your desire to bring more diversity into your reading. It leads to greater understanding. Appreciating diversity brings a lot of joy into my life and I learn a lot from it too.
7 x
The Multi-track Approach

Yeah, I give older works much more leeway. Many of them were progressive for their time. For me it's still important to recognize the sexism (or ableism, or whatever), though. And often it does hinder the enjoyment.

Sigh, the first week of the book club is about to end (and it started on Jan 1st) and I still can't bring myself to begin, though I want to give the book a try.

As for the more general diversity, the main issue is getting hold of a book. Anything specific that is available at http://www.wook.pt?

(or even free downloads, I guess worst case scenario I can get a book online and buy the Russian translation locally)
2 x
LyricsTraining now has Finnish and Polish

Personally, I don't really notice the race of an author, unless his or her picture is included with the book. So, it's a bit difficult to think right now. A book I enjoyed from Cape Verde was O Testamento do Senhor Napumoceno da Silva Araújo which explores race and its consequences in Cape Verde, by Cape Verde author Germano Almeida. It is also available in English translation.

Two of the greatest Brazilian writers of all time were Black men- Machado de Assis and Lima de Barreto but both wrote over a hundred years ago. Neither explicitly discusses race. Some contemporary Black Brazilian authors are Ricardo Aleixo, Nei Lopes, Ana Maria Gonçalves, Conceição Evaristo and Cidinha Silva. In English, I would recommend Half of a Yellow Sun by Chimamanda Ngozi Adichie and Things Fall Apart by Chinua Achebe. Both are African Writers. Chinua Achebe's book has been translated into Portuguese as O mundo se despedaça (Brasil) and Quando tudo se desmorona (Portugal). I read the book in English in my high school English class. I recently re-read it in Portuguese but it loses a bit in translation. Half of a Yellow Sun is also available in Portuguese as Meio sol amarelo. Still, this is a book with many translations. I quite enjoyed Paulo Lins' Desde Que O Samba e Samba . But when we talk about being Black in Latin America and Cape Verde, it depends upon how one defines "Blackness" and how the author self-identifies. 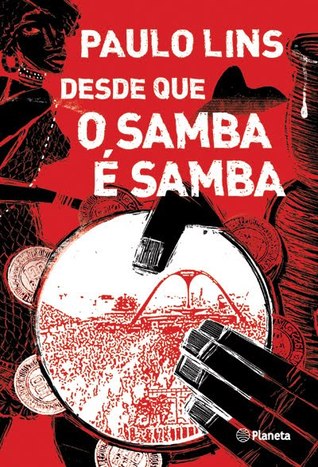 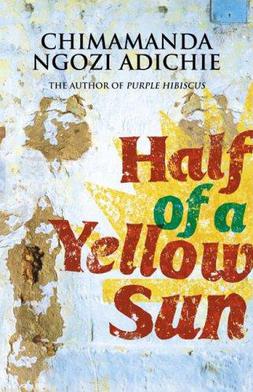 For Black Consciousness literature in the Americas, the choices are many. I have enjoyed The Autobiography of Malcolm X ghost written by an American author, Alex Haley, who also wrote Roots which was made into a ground-breaking blockbuster miniseries in the US in the 1970's. Nicolás Guillen was a black Cuban poet. Speaking of poetry, you can't go wrong with the African American poet Maya Angelou.

A Hiaitian writer in English is Edwidge Danticat. I have yet to explore her writing other than her poetry in Kreyòl. In Spanish, I just finished Celia, the autobiography of Cuban singer Celia Cruz.

Edit: How could I have forgotten Rafael Marques' Diamantes de sangue? This book exposes the systematic corruption and torture by the regime in Angola. Marques, a Black Angolan journalist, was arrested and tried by the regime, since released. The publisher made the book freely and legally available online in pdf format. 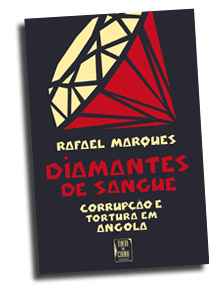 The review is in German because it has to be in German.

I didn't response right away but thanks for the great post, iguanamon!
I also don't pay attention but miraculously all my favourite authors so far are white

And when I checked out some online recs, I didn't see any familiar names.. (including authors I've simply heard about) I also went through my to-read shelf on goodreads to see if I already have any POC (and specifically black) authors on my list. I missed Machado de Assis because it's hard to tell from old photos. I started Dom Casmurro last year but found it boring so far, at least compared to the absolutely amazing reviews it has

And while he might not have written about racism, according to wiki he wrote about slavery. Also homosexuality/homoeroticism (even if obviously it must be different from the modern views

Oh and I actually own one book by Guillen, mum snatched it for me from a free swap shelf. LOL here's one for "you know you're a language nerd when..."

I thought that if someone wanted to get rid of this book, it must be boring. Before your post I didn't think of the possibility that maybe the person doesn't speak Spanish at all

Perhaps they tried to learn it back in the USSR and this is what they could find (the edition is old), or it's a younger person whose family member speaks/spoke Spanish. Anyway that book is prose, and it clearly has some interesting stuff like travel notes, but I'm not sure I'm going to read the whole thing. I'm definitely less sceptical now that you've recommended it!
1 x
LyricsTraining now has Finnish and Polish

First, @iguanamon, you've read Como agua para chocolate, right? How was it in terms of sexism? (others are also welcome to reply, of course) Seems like the book presents women as superior, which is less common than the opposite but still sexist

(the link contains spoilers - I didn't read the middle paragraph)

More generally, any book recs for those seeking diversity? I've realized I haven't read a single book by a black person

I read Como agua para chocolate and saw the movie too long ago to comment much, but I don't remember its being sexist. I liked both the book and the movie in part because they take place in the part of Mexico that was across the border from where I used to live in Texas. I recognized at least one regionalism, 'hay chocolate,' a minor but fun surprise.

Black authors that I have read and can recommend are James Baldwin, especially Go Tell It on the Mountain, Malcolm X (part of his autobiography) and Samuel Delany (Dhalgren). All of this quite dates me, I know. And there is always Alexandre Dumas.
2 x
Tu sabes cuando sales pero no sabes cuando regresas.

Serpent wrote:Black authors that I have read and can recommend are James Baldwin, especially Go Tell It on the Mountain, Malcolm X (part of his autobiography) and Samuel Delany (Dhalgren). All of this quite dates me, I know. And there is always Alexandre Dumas.

Delany is a great author. Not many black, gay writers in SF.

For inclusive reading I'd like to suggest one author (I'm being rushed out the door...) - look up Amadou Hampâté Bâ. Just excellent.
1 x
Tagged posts: Language Method Resource
Please feel free to correct me in any language, critique my posts, challenge my thoughts.
I am inconsistency incarnate.
Go study! Publisher of Syriac, Aramaic, Hebrew alphabet apps at http://alphabetsnow.zyntx.com

First, @iguanamon, you've read Como agua para chocolate, right? How was it in terms of sexism?

I read Como agua para chocolate and saw the movie too long ago to comment much, but I don't remember its being sexist.

I've written maaany posts about it

Yeah it's not more sexist than life itself

First, @iguanamon, you've read Como agua para chocolate, right? How was it in terms of sexism?

I read Como agua para chocolate and saw the movie too long ago to comment much, but I don't remember its being sexist.

I've written maaany posts about it

Yeah it's not more sexist than life itself

Did you ever learn more about the weather of Mexico? I remember once nearly freezing to death in a Mexican cantina in a border town (Ciudad Acuña) when a "blue norther" hit the area. A 'blue norther,' strictly a Texas term, I think, is a cold front from the north in winter, causing very blue skies and very cold temperatures. Lots of northern Mexico, where a lot of this takes place, is desert or semi-desert or mountainous and winters can be quite cold.
Another novel about the Mexican Revolution is Los de Abajo ('the underdogs') by Mariano Azuela. Azuela was a participant in the revolution, serving as a doctor with Pancho Villa's army. The novel is relatively short and easy to read, though there are a few colloquialisms to deal with.
2 x
Tu sabes cuando sales pero no sabes cuando regresas.
Locked
177 posts