Oh yes, I see it now.
1 x
Reading - where I alter the target to meet the achievement:
Duolingo Esperanto from French - for fun:
Duolingo Créole haïtien - for fun:
No matter how much you push the envelope, it'll still be stationery..

Polanski's first feature. Has a strong Plein Soleil vibe, likely down to the setting. Really well photographed with consideration for shots. It relies mainly on natural lighting which is summer and outdoors, so ideal. Well-written dialogue too, with a good core scene in the hold of the boat when they shelter from the storm. There is no 'lead' because it's a three-hander, but the older male lead is really irritating, as he's perhaps meant to be. The woman is the most tanned Polish woman I've ever seen. Attractive with her odd, but pleasing features and cat-eye glasses.
Being 1962 it has a strong fifties feel (also like Plein Soleil), certainly in the modern jazz soundtrack (by Krzysztof Komeda who wrote many soundtracks for him). Yet the film feels new-wave as well.

Also, throughout the film I was convinced the young man's voice was identical to Polanski's. I checked, it is Polanski's.

2 x
Reading - where I alter the target to meet the achievement:
Duolingo Esperanto from French - for fun:
Duolingo Créole haïtien - for fun:
No matter how much you push the envelope, it'll still be stationery..

There may well be extra nuances to the title and I understand the meaning for its surface reference, which is relevant to the entire film. Since an ongoing theme is that Gassman drives his little Lancia open top sports car too fast on the roads and is constantly trying to overtake cars whilst sounding the ridiculous musical horn.

It is what the Americans call a 'road movie' in the best sense. It's also a portrait of a post-war Italy moving from the traditional culture more towards an international 'youth' culture. Somewhat in the way you see in that Italian village in Plein Soleil. In some ways Trintignant's and Gassman's relationship is a little like that of the two from Plein Soleil, though neither of them has ill-intentions. Gassman's character is brilliant, seeming at first shallow and carefree, but gaining in depth and complexity as the journey progresses. Trintignant's is that of someone apparently on a set path, but who is actually handicapped socially. Now and again as he observes he engages in little soliloquies concerning what is happening.

This is comedy-drama, where you have light-heartedness pinpricked by something more weighty along the way. There are some hilarious scenes as they make their way from Rome along the west coast through Lazio and Tuscany. They visit relatives on-the-fly, where Bruno (Gassman) conducts himself in the most brazen way with people he's only just met and ends up getting everyone on his side. He's also observant and sees things precisely because he neither overthinks nor has false expectations. Even though his own background is more complicated than it first seems. Striking finale as well.

Catherine Spaak is young here. She might be dubbed (being French) though she did learn Italian and speaks it in later films in her own voice. She ended up quite underutilised after her run of good films in the mid-60s. Trapped in cheap exploitation films when Italy's film industry sank a little. She is very pretty and one of those natural actresses with little formal training.

Very enjoyable film with an undercurrent of social commentary.
1 x
Reading - where I alter the target to meet the achievement:
Duolingo Esperanto from French - for fun:
Duolingo Créole haïtien - for fun:
No matter how much you push the envelope, it'll still be stationery..

I wasn't sure of this when I started it, but it proved to be quite good. An expressionist film with very theatrical sets, but pure film cinematography. In fact the cinematographer clearly wanted to do more than the technical capabilities allowed.

It's an early example of the 'two viewpoints' film, where you get to see some of the same scenes from an altered point-of-view, different glances showing new things and an altered version of events.

There was one thing I especially liked. Since a lot of these early 30s film directors either worked in, or worked their way up in, the silent film industry, there are often sections of films where they fall back on methodologies used in those films. Here there are silent silhouettes behind a backlit curtain essentially miming the events of the scene. I thought that was a great touch. Other than that the sound of this was really good. A lot better than the soundtrack on a lot of high production Hollywood films of the early 30s.

Near the end where the protagonist has gone wild on the monastery pipe organ, playing the composition he played earlier on the piano (whose melody feels very familiar), it sounds like the Wurlitzer organ at Blackpool Winter Gardens. Then turns into a dissonant Olivier Messiaen-type thing. The organ like the piano is rendered in a very stylised way in that you can see it isn't real, but you know perfectly well what it is. All the sets are somewhat like this. Like his curious-looking pendulum clock with a wonky pendulum.

Melodramatic acting and the chief abbot and possibly the mother, were surely amateur thespians or primarily stage actors. The good thing about the mother is that her Spanish was so clear I could easily follow all her lines without subtitles! Actually most of it was comprehensible, if only all Spanish-language films were like that!
4 x
Reading - where I alter the target to meet the achievement:
Duolingo Esperanto from French - for fun:
Duolingo Créole haïtien - for fun:
No matter how much you push the envelope, it'll still be stationery..

A 1960s Italian 'crime caper'. An elaborate '60s-style hi-tech bank heist to steal gold bars from the vault of the Credit Suisse bank. Achieved by tunnelling under the road, posing as a roadworks gang digging the hole in the middle of the road in broad daylight. Then swimming through the water system in frogmen suits until they get into the underground area at the back of the bank. Where the femme fatale of the gang has placed a tracking device in one of the deposit boxes.

The operation is run by 'the professor', who is over the road in a posh hotel manning the suitcase control centre like you find in old James Bond films with blips and flashing lights. It even has a white plexiglas type front with a diagram showing the start of the tunnel and on the left the goal reads: 'gold', just in case the mastermind forgets and in case the police need to identify the plan if they happen to pay a visit. It also has the radio system spoken into a microphone, linked to everyone in the gang (via earpiece).

Of course after a successful heist there are hitches. Which is where it goes slightly camp comedy. The femme fatale is utterly femme. At one point she's wearing a sort of black lace body stocking - at first under a white fur coat - and one of the local clergymen in a neighbouring building spies on her through the window.

This is all in that style they used to have in Euro co-production films, where people speak their own language and everyone is dubbed (or dub themselves) for wherever the film is showing. So it has Spaniards and French people and Italians. And at one or two places some of them say sentences in French.

The final scene is a pandemonium farce outside the Coliseum in Rome. A blend of the Italian Job and the Lavender Hill Mob. It appears this film has a sequel!

Music was 1960s 'wordless singing' type music of the sort that turned up in Cinecitta films from the likes of Riz Ortolini (who actually did the music for the Il Sorpasso film further up).

I did rather enjoy this.

4 x
Reading - where I alter the target to meet the achievement:
Duolingo Esperanto from French - for fun:
Duolingo Créole haïtien - for fun:
No matter how much you push the envelope, it'll still be stationery..

My word this was a hilarious film. The Cuban equivalent of an Ealing black comedy. A satire on the utter frustration of bureaucracy. The lead actor, Salvador Wood, puts in a perfect performance as someone pushed from department to department, desk to desk, filling in nonsensical forms, trapped behind massive queues, just try try and get the necessary forms to re-bury his uncle. They had to exhume him at the start to get his union card with which he'd been buried as a mark of respect, but found out it was necessary to present it in order that his widow could qualify for a pension. From here it goes into the most ludicrous bureaucratic spiral imaginable. Leading to a centre-piece at some government department where he goes Harold Lloyd.

The things that happen to him are truly farcical and even though he has the patience of a saint he is permanently on the edge of cracking up.

After watching I read a couple of reviews and the contemporary ones seem to have completely misunderstood this as a critique of Cuban society by writer/director Gutiérrez Alea. When in fact it is clearly a satirical critique of of any bureaucracy anywhere. 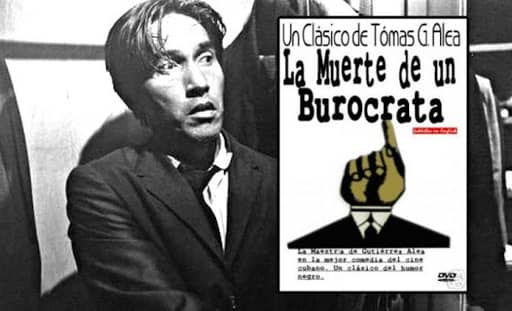 3 x
Reading - where I alter the target to meet the achievement:
Duolingo Esperanto from French - for fun:
Duolingo Créole haïtien - for fun:
No matter how much you push the envelope, it'll still be stationery.. 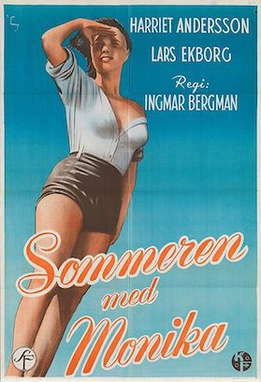 Despite having watched a couple of Bergman's films in my student days I've only more recently investigated more films in the last five years or so. He never disappoints. Among the 'art' film directors who sometimes get over-praised, he truly deserves his reputation. There is so much humanity in the films without falling into over-sentimentality. And they can go dark. Yet in the 'happy' moments of this film it's such a tonic to see that naive enjoyment of summer love, the yearning for escape and release and freedom from the nasty world of work and control and conformity. Most of all from boredom. But then a grim reality that was always lurking underneath, because of prior histories, rears its ugly head. When you've been in these situations (and who hasn't?) it stings to watch it.

I've never really found boring bits in his films, because he (or his cinematographer under his direction) has a way of visually keeping your attention, along with the pacing of the editing and uses of montage. The filming of faces plays an important role in Bergman's films and here Harriet Andersson has a perfect face to be filmed, or photographed or painted.

Highly recommended.
0 x
Reading - where I alter the target to meet the achievement:
Duolingo Esperanto from French - for fun:
Duolingo Créole haïtien - for fun:
No matter how much you push the envelope, it'll still be stationery.. 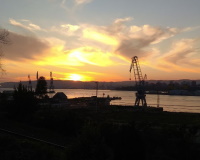