The future of Spanish in the United States

I have only one complaint against the Spaniards (in Spain)... they think everyone else's food culture is inferior!

The United States doesn't have any official language as far as I am aware.
2 x
: 22 French Paperbacks Read: 7736 pages

rdearman wrote:The United States doesn't have any official language as far as I am aware.

This is also true for England. In fact for the 'inner circle' of majority native English-speaking countries only Canada has it with de jure status. In Britain taken as a whole though, Welsh is a de jure language (and also English in their parliament, though not in England's parliament!).

Sorry for the diversion, back to Spanish.
0 x
Extensive reading - One book a month for 2022:
Duolingo Latin - for relaxation purposes:
As jy nie wil glo nie, kan jy proe.

Whenever I go to the States, I almost always go through Miami as my transport hub. If you spend enough time in the airport, you will see that Spanish is an essential and indispensable part of the airport's life. It is almost fully possible to get all services in Spanish- order a meal, get help in an airport store, ask for help from the airlines themselves. Outside the airport, it is quite natural to speak Spanish almost everywhere you want to go. I speak more Spanish in Miami than I do in San Juan, Puerto Rico it seems. If an American learner of Spanish wants to be immersed in the language, spend a couple of weeks in South Florida away from the beach.

Miami, given its high percentage of Spanish-speaking population, is also the US business interface with Latin America. The Spanish-speaking population of the city and the state of Florida are also consistently being reinforced and refreshed by new immigrants from Latin America, and the US Territory of Puerto Rico- where Orlando is becoming the new preferred destination. Puerto Ricans are US citizens and are free to live anywhere they want in the country with full rights of citizenship. They are not immigrants.

Spanish has been a part of what is now the United States for a hundred years before English was ever spoken for the first time in Jamestown, Virginia in 1607. As longtime Hispanic descendants say along the southern border- "We didn't cross the border. The border crossed us." I expect Spanish to remain an important part of life there for the foreseeable future. Los Angeles, California is also a huge base of Spanish in the US. I don't see Spanish fading away there either.

The three generation assimilation thing is pretty much a given for Spanish-speaking immigrants to the US outside of large urban areas far from the southern border in the interior, where the language is less an integral part of daily life. Big exemptions would be New York City and Boston where Spanish has been a part of those cities for over a hundred years and is being refreshed on a continuous basis.
5 x
The Multi-track Approach 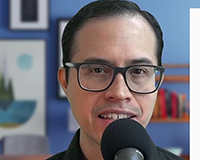 iguanamon wrote:Big exemptions would be New York City and Boston where Spanish has been a part of those cities for over a hundred years and is being refreshed on a continuous basis.

We used to joke that New York was Ecuador's third largest city, because it supposedly had more Ecuadorians than Cuenca.

I've also been told that Tarrytown/Sleepy Hollow, NY, is like a piece of Ecuador in the States:
https://eldiariony.com/2017/12/17/el-ro ... py-hollow/
Someone told me he had the best Ecuadorian food ever in Tarrytown.

In Florida, Hialeah (In the Miami metro area) is a place where you can easily live without speaking a lick of English. This is good if you're learning Spanish, but bad if you're learning English:
https://www.bbc.com/mundo/noticias-inte ... l-45583220
4 x

There are over 7,000 different languages spoken around the world. While most of the U.S. population speaks either English or Spanish, many additional languages are spoken across the country too.
Here’s what the most commonly spoken language, aside from Spanish and
English, in every state is:

What's interesting is that despite 3.4m speaking a form of Chinese, the number of 'Chinese-Americans' is above 5m; which indicates the language is declining more than growing. Same for 4m+ people of Filipino origin, but 1.7m speakers of Tagalog. As generations pass they clearly lose speakers. Or it hits a level which doesn't match the number of potential speakers (i.e. people with those origins).

I'd take issue with the article's claim that:

With each new wave of immigrants residing in the country from every part of the globe, the linguistic and cultural diversity of the United States is growing.

There's a strong drive in the U.S. to adopt 'American ways of life' and speaking English as the means of communication. Same for a lot of other countries really. So that other cultural backgrounds are pocketed into 'communities' like Chinatowns and the Polish social club, thus the languages are isolated to those environments.

Despite the bilingual instruction programmes in some US schools - in places with high numbers of Latin American students who are classified as 'English learners' - the plan and strategy is to make these functional in English, rather than simply offering a liberal arts approach to education. And this is with the U.S.'s largest second language. Proposition 227 was only overturned quite recently and even the succeeding law is geared more towards monolingual teaching or a path to speed up English acquisition.