Racing Toward B1 German in Two Months (And Japanese Without Toil)

Racing Toward B1 German in Two Months (And Japanese Without Toil)

I've asked a lot of questions on this forum, but I've also tried to contribute as much as possible so nothing gets out of balance.

Hopefully this time the kind folks of LLORG can help keep things in check by providing me some advice!

So I just started at a new university wherein I'll be studying German and Japanese as second concentrations next to Spanish.

I don't know any German but I want to get up to the intermediate class by the time school starts back up in the fall. The dean of the German program has no faith in me; that's understandable. She basically dismissed my self-studying ability.

But I'm so disorganized (due to my natural personality). How will I do it?

I have some resources in mind, but I'm not sure how to maximize my time with them since I've never tried such an ambitious project before.

And as for Japanese, I'm having some real trouble on the tests I was sent to complete since I watched about 7 years worth of anime and know Japanese instinctively, but can't explain my process. I'm afraid I'll have real trouble down the line due to that kind of skipping and wacko explanation in my texts for the instructor.

How can I formalize my Japanese study (over June and July)? I have some ideas, but yours would help me more.

What do you all recommend?
7 x
Check out my lyric video channel / Chécate el canal de letras más bacano

Yes, you can do this.

I did something similar a few times, and I definitely know the way teachers wrongly doubt the autodidacts. That says a lot about them, not about you. Remarkable things are possible, if you're motivated enough. You are clearly clever enough, I wouldn't worry about that.

The key is focusing on several resources, but nottoo many. Only high quality resources, not toys or trash. If you put a hundred hours into Duolingo, you'll still be at the beginning. If you fall for the "learn a language in a few weeks" gurus, you'll end up at the touristy level.

A standard CEFR labeled coursebook series is a must, as you need to reach B1 and will be tested accordingly. I did the first volume and half of the second of Themen Aktuell, I really liked those books, the bilingual workbooks are making them very self teaching friendly. I had the appropriate results for the invested time, I've just forgotten it all since. Assimil is a possible alternative, if the rest is normally CEFR labeled. Grammar workbooks are awesome and offer great progress/time ratio. SRS for vocabulary. I'd say Speakly could serve you well.

When you'll have picked your resources, you need to invest the time. It won't work at the pace of half an hour a day. But several hours a day are definitely more promissing. Or even many hours a day. You're a Japanese learner, so I guess you are not afraid of time consuming work

Do not postpone the difficult things. The sooner you get over the basic and annoying obstacles, the better.

A university teacher is going to expect grammar knowledge, rather than extensive reading ability or television comprehension or anything else autodidacts wisely choose to focus on. So yes, you can totally do this, but focus on what they expect of you, rather than your own learning goals. I would use a textbook rather than Assimil because a textbook focuses more on the things universities care about.

(I say this as someone with a German degree who loves Assimil...)
8 x

Cavesa wrote:A standard CEFR labeled coursebook series is a must, as you need to reach B1 and will be tested accordingly.

Yes, this. The good news is that the German speaking world is generally very good at teaching German, so there are a few good quality options out there. I used the Begegnungen series and whilst they can be a bit dry, they are really well structured in terms of grading of difficulty, repetition of key vocabulary and concepts, and plenty of workbook style practice exercises throughout. And they're pretty good value for money too.

You say you are naturally disorganised, so in order to stay on track you need to pick one decent course and stick to it, so that you don't have to think too much about what you need to do next - you just need to move on to the next page in the coursebook and keep going.

I would definitely consider combining the coursebook with an SRS system which allows you to make your own cards as you go along (my personal choice is Anki). Since this is German, make sure you learn the nouns with the correct article (der, die or das) from the outset, as this will save you time and headaches later on.
5 x
Super Challenge 2020-21 (double German) Books
Super Challenge 2020-21 (double German) Films

eido wrote:But I'm so disorganized (due to my natural personality). How will I do it?

Have you heard of Bullet Journalling? It's brilliant for being able to easily plan and track everything you need/want to. (Buying the guy's book isn't necessary.)
2 x
Shun everything, and then shun shunning!
Corrections etc. welcome.

eido wrote:And as for Japanese, I'm having some real trouble on the tests I was sent to complete since I watched about 7 years worth of anime and know Japanese instinctively, but can't explain my process. I'm afraid I'll have real trouble down the line due to that kind of skipping and wacko explanation in my texts for the instructor.

How can I formalize my Japanese study (over June and July)? I have some ideas, but yours would help me more.

What do you all recommend?

This is what I personally would do:

1) Identify what level of the JLPT the test you will be taking corresponds to. It seems you may have received practice tests, the JLPT tends to test specific grammar points at each level, so if you look thru those tests, you should be able to match the grammar on those tests to lists of of grammar points on the JLPT (Here's a random example of the type of resource I'm talking about: https://jlptsensei.com/jlpt-n3-grammar-list/ )

2) Depending on my specific area of weakness, I would then choose either the New Kanzen Master books or the Nihongo Sou Matome books at the appropriate level.

3) If explaining the grammar in English is at all a priority, I would conduct further research on each grammar point I cannot already explain in The Dictionary of [Basic/Intermediate/Advanced] Grammar Triology... This may be a good idea for any point which you struggle with in the other books.

Eido, you have accomplished a great deal since you joined the forum. Don't underestimate yourself. Can you do this in 8 weeks? This is a tough challenge! You have some advantages:
1) Motivation
2) Desire
3) You have the experience of having self-learned a language to a high level already.
4) German is close to English (though the case system and other grammar may present some issues).
5) You have experience studying a Germanic language- Icelandic.
6) Korean should help you with Japanese to some extent.

Your challenge is to get to B1 in German in 8 weeks, I don't know that you can do that and take on Japanese at the same time. You'll have to give up working on other languages- like Korean, for now. Hopefully, you won't have to get to B1 in Japanese too! I agree with what the others have said. I would concentrate on one main textbook course and I'd also do Pimsleur. I could see A2 in 2 months but B1, that's going to be tough. Maybe you'll be able to pass for B1 as a solid A2, I don't know. It depends on how you'll be tested.

When I saw your post, I was reminded of one of our members, s_allard's challenge to get to B2 in German in three months. You even commented in his log. There may be some good advice and resources in there to help you.

Also, will you be tested by the department or by formal CEFR? Or, is it just a judgement thing where they talk to you? If the latter, Barry Farber went through something similar as a young man in high school who faced doubt and derision from faculty. Maybe you can take a cue from what he did:

Barry Farber- How to Learn Any Language wrote:Miss Mitchell was the sole foreign language authority of the high school. She taught Spanish and French. She was considered unbendable – in fact, unapproachable – in matters of regulation fudging. I didn’t know that on the first day as classes were forming. I’m glad I didn’t.
I went to her classroom and asked if I might talk something over with her. I told her I was particularly interested in foreign languages, and even though I’d only had one year of Latin and didn’t do well in it at all, I’d really like to move into Spanish and French. If she could only see her way clear to let me, I’d appreciate it forever and try awfully hard.
She asked if I had a transcript of my grades from Miss Leslie’s Latin class. No, I didn’t, I explained, but I had something more to the point. I’d bought books in Spanish and French over the summer and gotten a good head start. I hoped a demonstration of my zeal would win her favor.
Like a tough agent softening sufficiently to let a persistent unknown comic do part of his routine, Miss Mitchell invited me to do my stuff.
I conversed, I read, I wrote, I recited, I conjugated, I even sang – first in Spanish, then in French. Miss Mitchell gave no outward sign of emotion, but I knew the magic had worked.
“I’ll have to talk it over with the principal,” she said, “but I don’t think there will be a problem. We’ve never had a case anything like this before. If I can get approval, which language, Spanish or French, would you like to take?”
In a fit of negotiatory skill I wish would visit me more often, I said, “Please, Miss Mitchell, let me take both!”
She frowned, but then relented. I got to take both.

Anyway, looks like you've got your summer cut out for you. Best of luck!
6 x
The Multi-track Approach 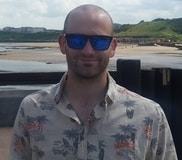 This is an exciting challenge! I'll be following along and rooting for you

Thank you all for the advice! I have some textbook recommendations, which is good. I'm probably gonna need those toward the end of the two months, or perhaps even the middle of the summer (I'm an American), so I'll definitely keep them in mind.

I have most of the resources mentioned. I've just never used them before.

Feel free to continue recommending resources... I'll keep an eye out for future studies I may do.

Thank you all for your contributions!