Lysander wrote:... Listening/reading over NHK ....even when I get up early, this one seems to arbitrarily just have audio for some of the news stories listed and I cannot find others. It is very strange as I'd expect either all to be there or none. Regardless, I hope to one day fully understand what is being said even on the ones without a transcript. It is still good listening practice.

NHK is funny that way because of the time difference between Japan and the US/Brazil. Japan is about 12-14 hours ahead. So you may want to check back at different times of the day.

I used NHK to train listening a long time ago. It's one of the few newscasts with a transcript - at least you can click onto the story and read-listen. It can be a chore to go through the whole newscast- not user friendly, but you get used to it.
1 x
The Multi-track Approach 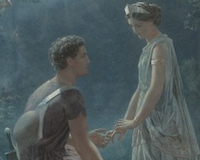 Lysander wrote:I will be house and dog sitting for a friend for the first week of June. Since it is a lot of down time, I want to do something big with my Portuguese during that time.

Unfortunately, it is tough to find many Brazilian Portuguese books (or really any that aren't Spanish, Chinese, or French) where I am, but I found a used copy of "As aventuras de Tibicuera" by Erico Verissimo at a local bookstore. So, I think that week I will just try to read through the book using a dictionary and looking up everything I don't understand. It may be slow going, but hopefully is of some use!

The people I house sat for made me a gift today of A Frequency Dictionary of Portuguese by Mark Davies and Ana Preto-Bay!

A very kind and generous present as I definitely would not have gotten something like this for myself.

I haven't had a good and thorough look at it yet, but it gives the 5,000 most common Portuguese words from a corpus of both Brazilian and European Portuguese vocabulary. Every single word comes with an example sentence, and there are thematic lists of the "top words" in a given category. Additionally, there are some very useful looking indexes that seem like they'd be a big help if you wanted to focus on a specific part of speech.

I will have to sit down this weekend and think on if it makes sense to add this to what I am working with now, or wait. But my first inclination would be that making flashcards for the words that seem most of use to me in each thematic list, and then maybe the top 500 hundred or 1,000 words overall, would likely help solidify a lot of what I am doing with Assimil.

I actually still haven't gotten around to starting to make Assimil single-word flashcards like I mentioned a few posts up, so I may stick to making useful sentence/phrase lists from Assimil and using this dictionary to make separate single-word flashcards to shore up the basics. Synergy!
3 x
: Placeholder
: New French With Ease - Active Wave
: New French With Ease - Passive Wave

I really do have to give Assimil some credit. They seem to try to think of everything. As the final third of the course begins, they spend a few lessons using pronunciation from various places around the country to include Minas Gerais, the "northeast" (Caruaru is a place name mentioned in that dialogue, which Wikipedia tells me is in the state of Pernambuco), and finally, Rio de Janeiro. Though, I will say these sounded suspiciously similar to the other voice actors simply speaking in a different way, and I wouldn't be surprised if a native speaker noted these weren't authentic

I flipped ahead, and it looks like the only other lesson like this is #80, which features a dialogue between a Brazilian and a Portuguese person.

Today I will go through Lesson 70. Only 30 to go on the passive wave! It sort of feels like rarefied air as reading both on the old website and here, not too many people get this far. So I am excited for it. Pretty wild to think I will be done before the end of July and will then transition to the active wave!

Sometime during the day, I go through the exercises. If I do the main lesson in the morning, I might do steps 1-5 upon waking up, and then do the exercises after breakfast or after showering and getting dressed.

No one enjoys a log that abruptly ends, so I thought it was time to give a final update.

I am no longer studying Brazilian Portuguese! There are a few factors at play:

1) I read a few other logs and threads that mentioned how many people use language study as a form of life procrastination. This applies to me as I had been using my language study to distract from some larger life issues going on. I need to focus on resolving those issues.

2) I definitely wish to learn a second language to a high level, perhaps even to that mythical and ambiguous "fluent" level, but the choice of Brazilian Portuguese was a bit fly-by-the-seat-of-my-pants, My reasons for choosing it were:
a) learning how to learn a language, and
b) I saw it as an underappreciated/understudied world language and because I often meet friendly Brazilians when I travel

I'd say 2a has been met, to a large extent. Getting through so much of Assimil, seeing how my ability to parse understanding on NHK grew, and guessing at meaning of BP phrases I'd see on twitter or hear out and about showed me how far I came from 0. However, I now more clearly understand just how massive an undertaking it is to learn a language to a high level. The decision of which to pursue, if not just dabbling for fun, is not one to be made lightly.

But 2b is where I came up short. I still plan to visit Brazil on holiday within the next year and a half, but the opportunity cost of learning BP to a high level no longer makes sense for me. It never did, but it just took me these months to acknowledge that. I will continue to occasionally review what I have learned, but I feel satisfied that my "survivor" level is sufficient for both my travel needs and to make a nice impression on any new Brazilians I come across where I live.

The issues I allude to in #1 are sort of ongoing. Without oversharing too much, I am in a bit of a transitional space in my life for the next few months. While learning a 2nd language to a high level is definitely a life goal now, BP does not make sense to be the one.

If I were to draw a Venn diagram for languages of use to me in my career, or for countries I may relocate to as an expat, there would be a bit of overlap. However, BP is not useful for me either for my career, or for expat life if I decide to leave my current path and move abroad. Brazil for me is a tourist destination, and not a spot I'd go to start a longer life adventure.

This is getting very wordy. The TL;DR version is that I will have a better idea in ~October on where life is taking me (literally and figuratively), and by then I should know better which language I want to actually dedicate myself to. Brazilian Portuguese will always be my first self-study, and I have gotten a lot out of it (to include a couple of dates, and a few off-menu dishes at local restaurants!), but it doesn't make sense to give it the time it would require now to really go far. Thanks for reading everyone, and thanks so much for all the support I have been shown on this fun journey so far.

I don't have the language experience or life experience to reply to your message but I do agree with the language learning as a distraction thing. Speaking from personal experience I know that I have been using language learning as a form of escapism. Which in turn has some times negatively affected my work and study life. So you have definitely given me food for thought. And also on the point what it takes to study a language to a high level. Each day I flip flop between ''I can do this!!" and "Will I ever be able to do this?". But I guess we have learned a great deal from our journeys and it is awesome to read that the level you have learned it to could provide you with such awesome experiences.

But on to more jovial things

. I really enjoyed reading your log. Always nice to see people learning Portuguese and obviously it was great to see a fellow Assimil user haha. I wish you luck, strength and success in your life and I am anxiously awaiting your return

What we do with a language is our own individual choice. This forum is about learning them. Many folks come here for many reasons. Sometimes, learning a language is peripheral to the real reason. Language-learning can fill a hole in some people's lives. It's something, to a large extent, we can control when so much that happens in our lives can't be controlled. This can provide comfort and solace.

Some members know exactly why they want to learn a language, some discover even more motivation along the way, and some never find it. For me, Portuguese is simply a part of my life, but not everyone is going to arrive, or even want, to get to that point. It takes a lot of effort, hard work and frustration (some of which never ends) to get there and there is an opportunity cost involved that we often tend to overlook, minimize or rationalize at times. So, I can see your point.

It is easier to maintain a language at B2 than at B1. At B2 a language can be maintained by reading, listening and occasionally speaking and/or writing. At B1, too many of the patterns aren't set yet and have to be re-learned. You've shown yourself that you can learn a language on your own. Good job! You may come back to it again someday. Parabéns!
4 x
The Multi-track Approach
Post Reply
26 posts