Just got back from a trip. I felt like you guys were punking me. On the way out, I sat next to a guy watching "The Sniffer", that awesome Russian show about a guy with a supernatural nose. I wonder if he was watching it for Russian language practice or he was just interested in the show?

On the way back today, a guy sitting one row up and over from me was listening to Irish podcasts/radio. I talked to him after we deplaned and he said he is a computational linguistics prof and teaches Irish. I asked him how he learned and he said he taught himself! Then we parted, so no more info on him.
4 x
My 2020 Polyglot Fitness Challenge!

Haven't done an update on my Language Fitness Challenge for quite a while. Probably because I'm worried about the lifting challenge!

Fitness goal #1: under 5:00 in Swim the Suck: Still swimming. My oddly-shaped outdoor pool (42 yards in length!) opened last week. Went the first (week-) day it was open, then had to travel. Will go again tomorrow. I think I'm still on track to hit this goal, but we'll have to see in October.
Fitness goal #2: deadlift 370 lbs: The lift comp will be in September, which is approaching quickly. I've been missing out on lifting, mostly due to ennui, travel and my right knee. I've had to switch to leg press instead of squat. No matter how much I was squatting my right knee would kill me the next day. I have to get back into my twice-weekly (during swim 'season') workout here quick or I won't hit this goal. If I do miss this goal in September, I'll aim for it by 31 December.

Language goal #1: 1/1 or higher in Italian DLPT: Already done with my 1L/2R in May!
Language goal #2: 2+/2+ on Russian DLPT and 2 on OPI. I start back to Russian tomorrow. I'll read Bulgakov's Записки юного врача (A young doctor's notebook). I'm also going through Making Progress in Russian as a review. I'm going to schedule the DLPT for 7 August (first possible test date in August) or 31 July, depending upon availability. Not sure about the OPI. I want to spend August getting my Italian back up to snuff since the teacher progressed me up to the third class, which starts beginning of September. I'm gonna try and read stories from Sessanta racconti by Buzzati. It was recommended to me by TheUntranslated's author.

So that's my update. I think I have a couple folks here also doing a fitness language challenge. How is yours going?
5 x
My 2020 Polyglot Fitness Challenge!

Have already changed my Russian study this month. Making Progress in Russian is just too low level for me. I pulled out one of my favorite Russian books, one of a three-series of books called Когда не помогают словари... (When dictionaries don't help...). This series of books covers groups of words based on roots, like строить and all its derivations. The first set of words I'll cover in this book is those based on посещать/посетить.

I only read 150 pages of Esperanto in June, but that is 5 pages a day, which is normally what I commit to during the Esperanto Sumoo, so that's good. Also had the US-Canada Congress and all the Eo podcasts I listened to in June, so that makes for quite a dent taken out of my super challenge!
8 x
My 2020 Polyglot Fitness Challenge!

Had a good review of Russian verbs навещать/навестить, посещать/посетить, побывать, бывать in Когда не помогают словари..., часть I. Got better as the exercises went on, only missing one in the last упражнение (13). Love this book. Next set of verbs for tomorrow is: пробыть и побыть. 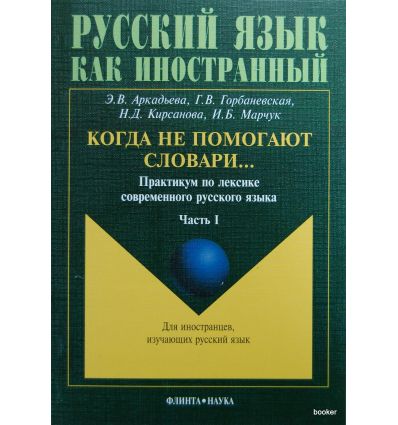 Have moved on in the When dictionaries don't help book to the verbs of the строить group. A very nice group to know.

I've also moved on from reading Young Doctor's Notebook to reading the level В (that's a Russian V not B) stories in Удивительные истории: 116 текстов для чтения, изучения и развлечения (Fantastic stories: 116 texts for reading, study and entertainment). The Bulgakov book was just too high level for me; even with looking a few words up I was still missing the nuance of the story, managing only a elementary understanding of what was going on. The Fantastic stories book is part of the same series of books as my other one (see pic below) and I like it a lot, too. I chose the third level of stories; these stories assume a complete understanding of all the cases and some knowledge of difficult syntax. So far so good as I'm 7 stories in of 62. Level Г (G) is the final section, which I hope to get to before my DLPT on or about 7 August. 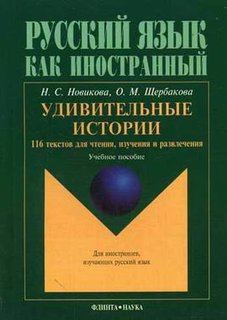 I was reminded by Serpent posting in the Short Story Challenge that I signed up to read 5 short stories, at least one of which is in Italian. I checked through my log and I did over a dozen Esperanto short stories, but none in Italian yet. I'll have to work on that soon.
5 x
My 2020 Polyglot Fitness Challenge!

My Удивительные истории book is going well. Those Russians and their surprise endings. They just love them.

Some changes to my Language Fitness Challenge. Have some work travel coming up which precludes me from taking part in the lifting comp in September at our neighborhood YMCA. That's fine as I haven't been lifting much this summer due to the swimming. So I'll need a bit more time to try and get to 370lbs deadlift.

Also, unsure I'll be able to do the Italian class. I'll miss the first 2-3 classes (out of 15). We'll see after I talk to the instructor. I've also delayed my Russian DLPT. Originally I was going to take it first week of August so then I could switch over to Italian to prep for the class. But now I might take the DLPT right before my September travel, giving me another month to get my proficiency back up. Then, if I still take the Italian class I'll have almost three weeks in September to find my Italian again before I get back into the classroom.
2 x
My 2020 Polyglot Fitness Challenge!

Found another book on my Russian shelf, another in the Флинта series, called Листая страницы российской прозы... (Flipping thru the pages of Russian prose). What I like about this book is it shows the ударение or where the accent should be. Artists ranging from Pushkin to Akunin. Great exercises, too.
5 x
My 2020 Polyglot Fitness Challenge!

Still leafing through the Листая book (see what I did there?) and loving it. It takes me a bit. I read through the story, underlining words that trip me up. Then when done, I look up the words, then read the story again. I underline additional words if there are more that still trip me up, or if they simply look interesting or add color to the story, thus I want to know what they mean. If I can find an English translation, I then read a section of the story in Russian, then the same in English. Then when done, I re-read the entire story again in Russian. Finally, I put the words I underlined in my Quizlet.

Read Kuprin's The Lilac Bush, which had an English translation. But the next one in the book was his Stronger than Death, for which I could not find an English version. No bother. Pretty understandable. Lots of fun "color" words.

Next up is Bunin, an author that was recommended to me in the past. First story: Dark Avenues.
6 x
My 2020 Polyglot Fitness Challenge!

Keeping up. The Bunin short story is great. On the second round of it. Looking up words.

Got a swim tomorrow. August is busy swim-wise. This weekend I have a 10k down in Rhode Island. Next weekend I have a 2-mile swim on Saturday then a 5k swim on Sunday. The big one is the next Saturday, Boston Light. America's oldest open water swim (in year 111 now). 8 miles from the Boston Lighthouse back to Boston. That one is gonna be difficult. All of this is in prep for Swim the Suck coming in October, part of my Polyglot Fitness Challenge.

And for my Russian DLPT, I'm looking at the last Wednesday in August. I gotta work more on listening. For some reason, my iPhone is now telling me I have no audiobooks. Where'd my Pimsleur go? I'm gonna have to go back into my iTunes and figure out what the hell is going on.
4 x
My 2020 Polyglot Fitness Challenge!