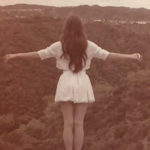 Systematiker wrote:So why not start all three anyway, then it doesn't matter which one you do for the study

I had already planned to do Czech, Cantonese is there anyway, and Catalan... yeah, why not at least try some podcasts (maybe there are some with transcripts?).

I think I will probably sign up with all four of the languages I mentioned in my log. I wouldn't mind being in either group for any of them. I plan to study them all, but none of them are so important that I feel the need to use a particular method at the moment. I imagine I will probably be in the study group for some and the control group for others. So basically, I'll just have to start tracking my time again and maybe doing TV-Anki cards in a few languages instead of FSI or other courses.

I think this is my plan 1 or 2 language (PT & DE) with the study method and then sign up all the rest for the tracking - Hebrew and Tibetan are opaque enough that there just isn't tons of dubbed material I can get my hands on easily. I think Slovak/Occitan/Yiddish/Icelandic will have to wait at least the end of the study period.
0 x
Tagged posts: Language Method Resource
Please feel free to correct me in any language, critique my posts, challenge my thoughts.
I am inconsistency incarnate.
Go study! Publisher of Syriac, Aramaic, Hebrew alphabet apps at http://alphabetsnow.zyntx.com

Anki - after reading and watching many videos about the Glossika method, I decided to start repeating the sentences out loud again. I've applied AwesomeTTS to my Portuguese deck as well (which has nothing but sentences - more than 78 000!). However, the voice from Baidu was muddy, Google Translate sounded great (but stopped working after just a few reviews due to too many requests from my IP!

Duolingo - I'm close to three golden trees again (German, Irish and Spanish). I've noticed that the synchronization between the website and the app leaves a lot to be desired, especially for added skill sets (Flirting and Idioms). On the website, both are golden (in all of my languages that have them), but not in the app.

DE: More Krabat (not finished yet). Next audiobook will be Michael Ende's Momo. I spoke German with a couple of visitors at work after noticing that they were from Switzerland. I made myself understood alright, but when they spoke to each other I couldn't understand a single word. I never imagined that Swiss-German was that far from Hochdeutsch. Lesson learned.

I still haven't decided which language to study during Rdearman's project. I first thought about Czech with pain, but have also thought about Cantonese with ease (especially now that I've decided to start doing the Anki reps with audio again).

And now, the funniest polyglot video in a long time:

After a week of trying and failing to install the necessary software for the subs2srs method, I've realized that whatever language and method I choose, there is going to be a lot more pain than I expected. I'm worn out and we haven't even started.
2 x

You should have returned the Self-Assessment already.
0 x
Dialang or it didn't happen.

I have, then there was some misunderstanding, then I was about to flip a coin, then I saw Rick's message about more people wanted for the control group... Problem solved. Cantonese (AND Czech).
2 x
Leabhair/Greannáin léite as Gaeilge:
Ar an seastán oíche: Oileán an Órchiste
Duolingo - finished trees: sp/ga/de/fr/pt/it
Finnish with extra pain :

As I said earlier, I just (re-)started doing my Anki reps with AwesomeTTS and repeating each sentence aloud. No matter how crappy some of my languages may have felt two days ago (despite the daily click/review), I now feel comfortable "speaking" them. Three sessions of Mandarin, one of Esperanto, three of Portuguese - yes, that's about 75 minutes of "speaking" (which is a lot more than I do in one year). I just hope that I won't have hundreds of reviews per language for the next few days... If that's the case, I'll have a sore throat by the end of the week.

Problem:
When I was about to sync the whole apkg file, it said that "Your decks here and on AnkiWeb differ in such a way that they can't be merged together(...)", well, no wonder, I applied the TTS tool to the card template for 78 000 notes. Anyway, I choose to overwrite the file on AnkiWeb with my local one, but then there's a firewall issue. It has happened before, and in these very cases when I've made major changes to large decks. But what to do? Now that I think of it, I added TTS to my Portuguese deck a year ago, and it didn't work then either.

Does any Anki user here have multiple decks with thousands of cards, possibly with different note types? It just seems that I can't make major changes to huge decks without messing up the synchronization. I know I've had some success with exporting individual decks and then adding them again one by one (and synching after each addition), and now when I tried it again, some of the decks disappeared from the folder.

Luckily I have backups from yesterday.

Anki - some major havoc the past week. Still daily reviews though, but I don't dare add a Czech deck with a dialogue from a movie or two (!). Just a few days ago, I took a chance and added a deck with one (!) phrase in a new language (Urdu). Three fields: Arabic script, reading (rough transliteration), and meaning. Fine. I added two more phrases. Fine. Then I decided do make it a two-field note type. Apparently that was enough to make the whole .akpg file "too" different, forcing me upload the whole file to Ankiweb. And that was too much. Luckily, I had synchronized the previous version with AnkiDroid, so there was a backup.

DE: I've "finished" Krabat. I've listened to news on some online radio channel. I've started Momo (which seems to be a drama with full cast). I'm getting more and more comfortable listening to German.

This [language]pod101 service exists for many other languages, including Cantonese (!), Czech (!) and Finnish (which I've also dabbled with over the years). I've subscribed to the youtube channels and may also register to get the transcripts.

A visitor at work noticed my Polyglot Gathering tshirt (the one from 2015). "Is that about speaking many languages?" (Honestly, I didn't expect people outside this world to know about the word polyglot).

I have a plan for this first week of August (basically a 101pod lesson or two in the languages I've mentioned). In case things get in the way, I have tomorrow, and Saturday evening. Wish me luck.
2 x
Leabhair/Greannáin léite as Gaeilge:
Ar an seastán oíche: Oileán an Órchiste
Duolingo - finished trees: sp/ga/de/fr/pt/it
Finnish with extra pain :

Since I'm now dabbling in several languages written (or historically written) in the Arabic script, I'd really like to go for Urdu one day, just in order to be able to read the news in the Nastaʿlīq script. Though I'm not sure if it's possible to have Nastaʿlīq text displayed on Anki cards without resorting to jpg images.. Anyway, good luck with Urdu!
0 x
Post Reply
415 posts