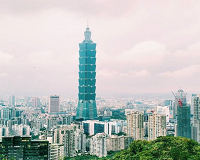 Hi everyone! Here I will be writing about my journey in this new Super Challenge and the SRS challenge. But first let's write some background of the languages I'm studying:

English: Studying it since I was 6-7 years old. My pronunciation's being always my weakest point. I've been studying abroad in Durham University (UK) for a year ('14-'15). Before that and before the previous Super Challenge, I was rely too much on subtitles when watching TV/films, right now I'm able to watch almost everything without them

French: Studied it for 5 years in High School. And sucked so bad! hahaha I had terrible teachers that brought me down and make me hate French language (Also have some bad experiences with English language teachers, but I always loved English). Last year of high school I stopped studying it, and I was around another 5 years without studying/thinking about French. Until I received a scholarship to work in Reims, France for a term ('11). The month before leaving I studied intensively and always while been there. When I returned to Spain, I was working as a French teacher, and now I'm studying Translation and Interpreting minoring in French.

Chinese: I started studying it around 4-5 years ago. At the beginning everything seemed that was going quite fast, I passed the HSK4 in less than 2 years, studying on my own (with some classes in the Spanish Official School of Languages which level is incredibly low. Following their agenda, it will take you 9 years to reach a B2 level). HSK4 is supposeed to be a B2 level, although I think my level wasn't that high at all. A few years ago I worked interpreting in the courts of my region. It was a really challenging experience, and this year ('15-'16) I spent 7 months in Taipei, Taiwan studying Chinese in 師大 (NTNU National Taiwan Normal University). Around that I also stopped doing the Super Challenge because I wanted to enjoy my free time, making taiwanese friends, practicing the language, exploring and travelling, etc.

Korean: started studying the summer of the first year I started studying Chinese, after being so discouraged when I watch a Chinese TV drama and couldn't even understand a single thing (now that I think about it, maybe I was watching a cantonese tv show lol). So I watched the first episode of a Korean drama that I wanted to watch and .... I could understand some things (for example the main character was counting backwards ... 5, 4, 3, 2, 1 (o, sa, sam, i, il) which is pretty similar to chinese mandarin (o, si, sam, er, yi). So first I learned Hangeul the alphabet, and a single day! It was so easy, I loved it! Then stumbled into Talk to me in Korean and did around 3 levels, the grammar was definitely more complicated than Chinese's but so easy to understand, but then I stopped studying it, because I had work, I was studying other languages, etc.
When I went to Seoul, I could speak and communicate with people, even make some Korean friends, it was a really cool experience. Pro-accomplishment: I could get bargain with an 아줌마 (an old lady) in Korean!!!

Japanese: Similar to Korean, I started a summer. But I feel that Japanese is more difficult than Korean (at least initially). But I have the kanji advantage (more or less

Italian: Studied it for a year. It's pretty easy for Spanish speakers but it was interfering with my French, so I'll leave it for later, maybe. I want to learn first the 3 Asian beast (Mandarin, Japanese and Korean).
Update (Summer 2017): I received a scholarship to study Italian in Firenze for a month!

So I during that summer I focused on Italian completely and wow that was easy (compared with Chinese/Japanese/Korean). It felt so good to just study a bit, watch a couple of series and be able to have conversations with native speakers and be able to read books in italian. The course that I was taking was a B1-B2 level and after that I attempted to do the Super Challenge but didn't have time enough to complete it (there were just 4 months left).
Last edited by zhuzilu on Tue Mar 13, 2018 10:15 am, edited 8 times in total.
5 x
Super Challenge 2018/2019
English
Books:
Films:

zhuzilu wrote:Hi everyone! Here I will be writing about my journey in this new Super Challenge and the SRS challenge. Of course, I'll talk about language learning and translation as it is my major.

Welcome aboard! Good luck. Don’t forget to share what material your read/watching for the Super Challenge, so we can all shamelessly steal your recommendations and use them for ourselves.

rdearman wrote: so we can all shamelessly steal your recommendations and use them for ourselves.

That's been one of my favourite things about the Challenge

Being inspired by all the books and films you've been reading and watching.

So the Super Challenge has officially started! I'm really excited about it, but sadly I won't be able to focus on it during this month, as I have my final exams at uni. I'm studying Translation & Interpreting (English as my L1, French as my L2). I have to commute around 1 hour and a half, and normally I use that time to read on my kindle, so I'll try to do that whenever it's possible.

I think for my last challenge I read about 90% of the books in my Kindle, it's so convenient, small and it has built-in monolingual dictionaries. The way that I would normally count the pages it's just checking wikipedia, goodreads or amazon for the pages in the hardcover/paperback version.

First of all, I want to check out my level using the page that rdearman posted on the SC forum,

So, I have done the French test now, and actually I am quite surprised because I also have done it exactly a year ago

I have only made the reading part, because I was completely exhausting, it's like checking two languages at the same time, some questions were really difficult to translate or to express in English.

I have figured out how much should I aim to read and watch for the Super Challenge:

Right now I'm way back on my schedule. But as I am going to be more free on the summer, I am going to push harder and try to reach my goals on March, so I'll still have time to do a Full challenge in Chinese (maybe) or a challenge in Portuguese.

I've already reach my reading goal in English, because I've read "Hyperbole and a half" that has 384 pages, but I only counted 200pages because some are "comic" style.
0 x
Super Challenge 2018/2019
English
Books:
Films:

Sorry I haven't posted in forever, but life got in the way, I've been working a lot lately, plus sitting for a lot of exams University exams (my degree is Translation & Interpreting), Oposiciones exams (which it's some Spanish exams to work in the public administration, in my case as a Primary Education teacher), plus some Formación Profesional exams (which is a Spanish course/degree, a level under University degree, similar to vocational training, in my case I'm doing Administrative management). So exhausting, and this routine will keep going until the 8th of July.

From the 8th of July, I'll still have to work but I will be a little bit more free. I've been thinking of re-starting with Japanese (I'm doing some Anki to remember hiragana and katakana because I've forgotten everything), and then I'll be doing Assimil + JLPT N5 or Noken 5 Anki decks. Also I'll be doing a 6wc in August for Japanese.

Plus keep going with the Super Challenge in Chinese, English and French. I'm currently doing fine in English, so I'll be doing more Chinese and French, especially on the reading parts.

Apart from that I also wanted to prepare some other exams, I've been thinking of doing the CPE Cambridge Proficiency in English , and the DALF (C Level) in French, and the HSK5 or HSK6 in Chinese, we'll see. I've got to think about it. For sure, I'll be taking the HSK because it's way cheaper than the other exams and for the CV it will be more impressive (I already have the HSK4). But I don't know if they're useful enough, especially for translating or teaching jobs, as they'll be evaluating your skills with some tests or in the interview. I have to think about. But the HSK I'll be doing it for sure, to motivate me to learn those list of words, maybe it will be easier also for reading ...

That's all for now, can't wait to the 8th so I can keep studying languages!

Best of luck with your challenge!!

I've noticed you're a native speaker of Galego, I'm sure a lot of people here would love for you to recommend any good learning materials!!
1 x
Да нет.

I've noticed you're a native speaker of Galego, I'm sure a lot of people here would love for you to recommend any good learning materials!!

Thanks! Yay! Galego! Sure I may collect all the resources that I know and make a post, maybe someone will appreciate it, I've spoken with Spoonary, he spend a time in Galicia and learned the language. I've seen that you speak Catalán, it's really nice that you're interested in learning the other official languages in Spain

I've noticed you're a native speaker of Galego, I'm sure a lot of people here would love for you to recommend any good learning materials!!

Thanks for inspiring me to do it, actually I had a lot of fun looking for resources. I definitely found more than I was expecting! So if you get tired of studying Catalán, or want to start with Galician, check the post