29 March
I had to get up slightly earlier than normal today because past me thought it was a good idea to book a dentist appointment for 9am on a Monday. I guess at least I got it out of the way.

Russian
I did open Schaum's this evening and, continuing with the theme of -ся verbs, today's section was about active vs passive sentences.

I also read another couple of chapters of 'Нежданный гость'. It's so much easier to get into than the one about the ancient Egyptians! I looked up the word "кювет", which seems to translate as "ditch"; one of the characters drove his car off the road and into a "кювет".

30 March
The weather was nice today. Like, actually properly nice. I was able to go for a walk without a coat for the first time all year

I spent about 20 minutes on it this evening and so far so good, but it's one of those topics that always makes ok sense in theory and then zero sense when I actually try to apply it in practice.

Otherwise I just read another couple of chapters of the Agatha Christie novel, which was fun, and watched another episode of 'Татьянин день' on the treadmill, which was slightly less fun.

31 March
I had two people I had to give bad news to today and I hate giving bad news. But I have tomorrow off work for a long Easter weekend, which makes me happy

Russian
I had some wine with dinner to celebrate the start of the holiday weekend, so I didn't do any Russian grammar this evening. Instead I read another three chapters of 'Нежданный гость'. I'm really enjoying this book and I'm already 162 pages into it

Later in the evening I watched a Russian Progress videos about travels in the Caucasus. It was really fascinating to see clips of places like Chechnya and Dagestan.

End of Q1 goals update
I thought it would be interesting to look back at the goals I set on 1 January and see how the first quarter of the year has gone. From a personal point of view it has been an interesting one, despite spending the entire three months in lockdown. On 1 January I definitely didn't set finding a new job as a goal, so I'm still slightly surprised by the fact that that has happened

Radioclare wrote:1. Maintain consistency by continuing to study for at least 30 minutes a day.

This one has been a success; I've studied at least 30 minutes of Russian every day so far. I've also done something in Croatian on 61/90 days and German on 15/90 days. My total study time is as follows:

I think I'm on track with this. Reading has been going surprisingly well and I've read a total of six physical books in Russian so far in 2021. I think this is mainly because if I have a choice between hitting 30 minutes of Russian by reading or by studying grammar, reading always feels like the most attractive option

In total, the reading part of my Russian Super Challenge is up to 87 books.

The listening part of the challenge is currently behind that at 61 films. I'm doing much better in terms of consistency than I was in the second part of last year though and I think if I can continue to be disciplined with it I should definitely be able to hit 100 films by the end of the year.

Croatian reading has not been going as well as Russian reading. I've only read three physical books in Croatian so far this year. I'm on 54 books in total for the challenge, so I think I need to make more effort. This shouldn't really be a problem because I do have a fairly big "to-read" pile in Croatian

The listening part of the challenge is going fine; I'm watching a Croatian telenovela episode every other day while on the treadmill and I'm already at 77 films.

I said that I wanted to finish Schaum's Grammar by the end of March and I haven't quite succeeded with that, but I'm hoping to finish it by the end of April. I estimate I've got another couple of weeks of studying to do on the verbs chapter, especially now that I've hit the part on verbs of motion, and then there's a final chapter on conjunctions. I haven't really got anywhere with refreshing Croatian grammar yet.

I am forcing myself to work on this goal but goodness, it's hard work! So far I've written 6,214 words of Russian this year and 12,338 words of Croatian. I haven't set a firm target for how many words I want to reach in each language, but I'm trying to write approximately twice as much in Croatian as in Russian.

I've read three novels in German this year so this one is definitely on track.

Overall it feels like a fairly positive start to the year

1 April
I had an extremely relaxing day off work today, including a lovely walk in the countryside

Russian
I spent some time with Schaum's this morning, continuing on the theme of verbs of motion. What I've revised so far is a list of the different circumstances in which unidirectional and multidirectional verbs are used. This was then followed by an exercise, on which I did surprisingly well; I only got one wrong out of 20 and that was one I agonised over for ages. I'm not sure to what extent I am making progress and to what extent this result was influenced by me studying in the morning after a cafetiere of coffee rather than in the evening after a day of work

I also read another couple of chapters of 'Нежданный гость'. At the speed I'm going with this at the moment I think I'll finish it over the Easter weekend.

Soon you'll be ready for this! 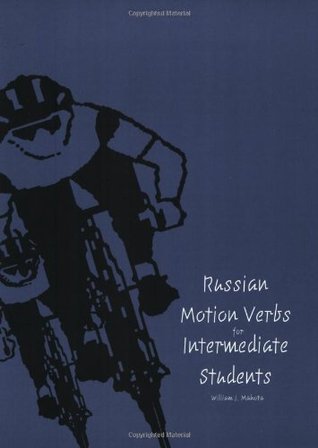 2 April
Properly left my town today and went to another town for a walk in the park. This is the first time since Christmas that it's been possible to do this, so it felt pretty exciting

Russian
Not a very exciting day for Russian, I'm afraid. I was doing housework in the morning, then went out for a walk, so it was late afternoon before I had time for languages. I started reading 'Нежданный гость' again and I got so into it that I ended up reading all the way to the end. There were three different points at which I thought I knew who the murderer was and all three times I was wrong

The book was 254 pages in total, which takes me to 88 books for my Russian Super Challenge.

We're only allowed to meet outside at the moment, but luckily today was a dry and relatively sunny day so we were able to sit outside for several hours.

Russian
I got my 30 minutes of Russian in before I went out, continuing with verbs of motion in Schaum's. Today was what I regard as the more difficult verbs of motion, including вести and везти. I am still struggling to remember which of these verbs is which; I need to come up with some sort of trick to tell them about, but so far I'm failing to think of anything sufficiently catchy.

Croatian
I watched an episode of 'Drugo ime ljubavi' while on the treadmill this morning. This evening I started reading a book called 'Djevojka iz susjedstva' (The girl next door) by Ruth Rendell. I've never read anything by Ruth Rendell before, but I do normally enjoy crime fiction. I'm only 38 pages into this at the moment so it's difficult to make much comment, but I haven't found it quite as easy to read as I hoped. I even stopped to look up a couple of words, like "brijest" (elm).

4 April
Easter Sunday and it was very sunny

Went for a walk and ate far too much food.

Russian
I got my Russian in fairly early on in the day again. Today's topic in Schaum's was prefixed verbs of motion. These have the capacity to confuse me quite a bit, but actually the explanation in Schaum's was pretty good and overall I think all the sections on verbs of motion in this textbook have been useful and comparatively easy to understand. I've been getting around 80% on the exercises, which is better than I normally do with verbs of motion

Anyway, I was surprised after half an hour of study to find that I'm now at the end of the content on this subject so will have a new verb theme to study tomorrow.

Croatian
I spent a lot of time reading today, with the result that I finished 'Djevojka iz susjedstva'. I'm not quite sure what I thought of it. I was expecting it to be a detective story with a crime being solved, and it definitely wasn't that. The crime was committed in the opening chapter and it was clear from the start who had done it. The murderer amputated the hands of the victims and buried them in a tin, which was only discovered around 60 years after the crime. The novel follows the lives of a group of pensioners who were children living in the area at the time the crime was committed. While the details of the murder do eventually get resolved, most of the time it feels like the crime is very much in the background of the action and the story is more an exploration of old age. At times it felt a bit bleak, but overall it was a good read and I spent over 3 hours on it today without it feeling like a long time

Radioclare wrote:These have the capacity to confuse me quite a bit...

hahahaha! Присоединится к нам!
1 x
You're not a C1 (or B1 or whatever) if you haven't tested.
Post Reply
165 posts