I'm in marketing but our (tiny) company does make an app, so they're probably rubbing off on me. But for me, Trello>>>JIRA (which they love at work; I like the ability to add colours and pretty backgrounds lmao).
0 x
pronouns: she/her

Again, with my 365-day goal being reading, this month I've read:


I read less than last month, but I've bumped up those Super Challenge listening figures: I watched 1,220 mins in German (nine full films) and 95 mins in Spanish (one film lol).

No writing, but onto that in a minute.

Rounding minutes per day to a set number of hours did not work, sadly, so it's back to the drawing board a little. Like I put in my last post a few minutes ago, I'm working with Trello to set sprints, so hopefully focusing just on progressing through my coursebooks (in the case of Gàidhlig, Korean, Arabic in particular) will be enough to rack up the hours.

I'm also trailing wayyyyyy behind with the 6WC, so I'm gonna try and power through these last two weeks!

This month: I am hoping to hit a time goal for this - 20 hours across the month. I really enjoy studying once I get into it, it's just still finding the right space/headspace when I finish work; it's much easier to sit in front of the TV and not do it.

For German, I'm planning to watch one film per night until I'm all caught up with that part of the Super Challenge, and then just keep trucking. I'm also focusing on writing: I joined the subreddit r/WriteStreakGerman and posted my first piece there this evening. The best part is they only have to be short and, if I can't think of anything to write about, there's always a daily prompt to work from.

Spanish - once I've caught up with my German films, I'll move onto this.

Mandarin - I'd like to watch an episode of something a day. My motivation is really lagging for all things Mandarin, but I think it's more because I'm not looking for chances to use it than because I can't do it or w/e. Just have to get motivated again!

Scottish Gaelic - I'm subscribed to LearnGaelic.scot's weekly newsletter, which comes in Gaelic and English, so I'd like to read through a couple of those a week.

Korean - technically I signed up for a half Super Challenge! I'd like to watch an episode of something a week - I started Kingdom, for instance, and it'll be nice to finish it.

For the fitness challenge: I'm walking a lot, which wasn't my goal, but it's happening. I also saw a post on reddit from someone who's following the same splits routine I should be doing

and it seemed to work for her, which has encouraged me to start being more consistent with it. Hope it lasts more than two days!

Off to study now! (After I turn off YouTube...

I know what you mean about getting started being hard even though you enjoy studying once you get going. Instead of work I have health problems as my main barrier, but I keep having to remind myself that it'll be fun when I get started. I think for me it's partly the fear of suddenly finding it too hard. And that's even though I know the more I study the easier consuming content will become.
2 x

chove wrote:I know what you mean about getting started being hard even though you enjoy studying once you get going. Instead of work I have health problems as my main barrier, but I keep having to remind myself that it'll be fun when I get started. I think for me it's partly the fear of suddenly finding it too hard. And that's even though I know the more I study the easier consuming content will become.

It's such a pain, haha! But yeah, I feel like I'm being lazy and a chronic procrastinator even though I know there are a lot of other factors at play. I've been in my current (first office) job for well over a year, but part of the problem is that I still compare it to my previous, much more physically-intensive one and part of my head just can't wrap around why on earth I'd be tired because it's not like I've just spent 15 hours running around

, I've just been sitting and typing.

And yeah I feel you on that second part too; I think that might be the issue I'm having with Mandarin. I've let it backslide so much that stuff I used to know is now difficult again and I think I'm resenting it a little. I love that feeling when I practise something and can clearly see the improvement (which is why it's been so good for me to make reading the core focus of my 365-day challenge this year) but it's that physical action of getting started that I need to work on.

There's no straight-up solution for this though, is there?

Either way, I hope it gets easier for you


I'm pretty sure we're halfway through the Super Challenge today?

So I'm gonna post about that later - spoiler alert: I'm behind, but optimistic about it.

Also, today's focus language is Korean! Am hoping to: work on Living Language Lesson 2, add audio to Anki (it's working well for Arabic, so I don't see why it won't work here) and watch an episode of something, probably Kingdom.
4 x
pronouns: she/her

Anki and I have had a falling out this evening so I've been gathering my Super Challenge stats instead. I wrote a post for my (incredibly neglected) blog, but have images and stuff for here.

Like I said before, I'm behind on l i t e r a l l y everything, but I'm not letting that stop me!

No, but for real, I do expect to complete the SC in German, I'm hopeful for Spanish and should manage the films for Mandarin (full) and Korean (half).

So, my images from Jeffers' bomb spreadsheet:

Very much in the danger zooooooooooone~

Also, my spreadsheet summary, with some more raw numbers:


So I didn't get a lot of the Korean stuff I wanted to do done because I got into a major fight with Anki (aka with myself because Anki doesn't care) - I bulk import all my cards, so yesterday I managed to 1) export all the audio I was adding from Audacity as .wav instead of .mp3 and didn't realise until I'd closed the project without saving; 2) re-add all the transliteration because I thought I'd deleted it from the spreadsheet except that 3) for SOME reason, I have two Korean Anki spreadsheets and I decided to update the old one, which only has the words from lesson one

Luckily, the focus language today is German, so I'm going to try and get a GLOSS lesson done (genuinely in love with these rn) and work through some grammar related to the writing mistakes I'm still making. In a twist that will surprise no one, a lot of it's still adjective ending/article issues because cases are the bane of my life. Hopefully I'll get a film in, too.
5 x
pronouns: she/her

I feel the inspiration to improve the spreadsheets that I use for tracking my progress since yours are looking great! Perhaps you try to reach too many goals at once, and that is why everything is behind? I am, of course, fully aware that I also struggle with exactly that problem

1 x
Please feel free to correct me in any language

cjareck wrote:I feel the inspiration to improve the spreadsheets that I use for tracking my progress since yours are looking great! Perhaps you try to reach too many goals at once, and that is why everything is behind? I am, of course, fully aware that I also struggle with exactly that problem

All the good spreadsheets are Jeffers'

but I do enjoy making them. And oh, for sure that is my problem (though maybe if I stopped making so many spreadsheets, I'd get more done too). It'd be nice to do one thing at a time, I guess, but why do that when I can make everything more complicated for myself?

Ha but fr, I think I am settling into a routine where I'll make it some way with most of my goals and I can be happy with that.

A full update tomorrow but I've been distracted this week because I've spent the last four days at the Women in Language conference. It's been such an amazing time, one of the best conferences (language or not) that I've ever been to, and I've got so much to think about. (I recapped the whole thing on my blog for a total of almost 12,000 words, just in case I wasn't making it clear how into the whole thing I was.


The next event I'm going to is Expolingua - because I'm doing a talk there! I'm going to be talking about Irish, Ladino, and Belarusian in the context of endangered European languages, so that should be fun.

(Hopefully it'll be as good as some of the ones I've just seen.)
7 x
pronouns: she/her

What's this? Did I get all my language learning done before midnight? 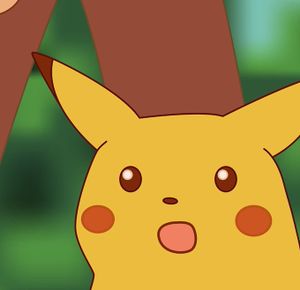 I took a day off work today (hence a lot of this getting done), so it's back to it tomorrow.
5 x
pronouns: she/her