Thought I'd write a disclaimer for some future posts (both here and in other threads).
Pointing out the racism, sexism etc in a work of fiction is a simple observation, with no direct implication that the work is bad/should be banned/isn't worth reading, or that it was intentional and the author is/was a bad person. Please don't be defensive and/or dismissive. The goal is not to find the most inclusive and discrimination-free book or media, but to raise awareness. Furthermore, any minor or subtle instances count - often they're frustrating exactly because they're "no big deal", or shouldn't be.
In certain contexts, discrimination is so common that we take it for granted and learn to expect it, if we notice at all. This normalizes it. I'm just challenging that. Join me or scroll past the posts

Don't start debates that are outside the scope of the forum.

On a side note, I ask everyone not to use ableist language in my log 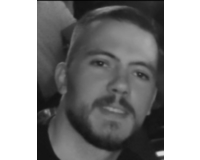 Serpent wrote:Then, can anyone help me figure out the place names mentioned here, apart from Vicenza? The lady is called Valerija Populić (sp?), but I can't seem to figure out where she says she was born and grew up

I don't know if anyone responded to you via PM, but I'll write what I think I heard anyway.

I think that's indeed what she says

A bit ironic that I didn't realize

I'm open to speaking about religion, but only via PM or facebook

And Portuguese words from the Leipzig test, copied from my log on old HTLAL.

Serpent wrote:First, can any Italian [speaker] clarify what exactly tacco 12 is? Does it refer to the height of the heels in cm?

It is indeed a 12cm heel. I think 12cm is sufficiently extreme to be noticed. There's even a book:

It's on google books but I'm not sure that giving a link will be any more use than simply searching for that title.

I have no idea whether heel height has come to mean anything specific in Italian culture (nor indeed in any other).
1 x

Serpent wrote:There's a fanstastic project here in Moscow, namely the School of Neighbours' Languages. They teach the languages of the CIS countries, like Ukrainian, Tajik, Romanian/Moldovan etc... and Belarusian

I've sent an application for Belarusian and I'm considering sending one for Romanian too. Oh and it's all for free

I got accepted btw. I've been on a newspaper cover, on afisha.ru main page and there should be more links coming

I still admire the prof, and there's always one funny bit in a text or among the sentences for translation, but beginner stuff is still boring sometimes. I find myself just reading the texts on my way to the class

Much like with Portuguese classes before, I feel like I can pick things up faster than others, but they can outdo me when it comes to the details, through sheer diligence. The same also happened with German both times I studied it at uni.
Also, I have to admit that I would've been ready to skip next Monday's class for the sake of football.

The better news is that this class has awakened my Polish from the beginning, yet the first time I accidentally used a Polish word was during the 4th lesson, last week. (well, I also struggle with stressing the word але the Polish/Czech/Croatian way, but that's influence from multiple languages plus pretty much everyone has been making this mistake)

I didn't sign up for Romanian. I talked to someone who'd taken the previous course, and she said it was very basic. While I think her level is higher than mine, this reminded me that there would be people who speak no Romance language or even English. Also, I mostly liked the idea of getting an A1 or A2 certificate for free, but the certificates won't reflect any specific level. Oh and Romanian was much more popular anyway, so that I don't think they'd have accepted me. I did think of applying for the next class just to be forced to work on my grammar, but meeeeh.

I also unexpectedly have good news for Swedish. Just recently I felt like a failure, but then I read a song's lyrics for the first time and understood more than expected; I've also started reading a Barcelona guidebook and so far it's been surprisingly easy.

I'm losing interest in the 6 week challenge though. My life is so multilingual that I forget to log things because they're so natural

I guess I should mostly participate when I plan to watch/listen a lot in my main language.
4 x
LyricsTraining now has Finnish and Polish

Serpent wrote:There's a fanstastic project here in Moscow, namely the School of Neighbours' Languages. They teach the languages of the CIS countries, like Ukrainian, Tajik, Romanian/Moldovan etc... and Belarusian

I've sent an application for Belarusian and I'm considering sending one for Romanian too. Oh and it's all for free

Congratulations on getting accepted! That sounds like a great project indeed, I wish there was something similar here

I have the same problem with the 6WC. I never include things like reading Facebook, Twitter or surfing the net even though I do it in multiple languages, including my target language for the 6WC. It's just too hard to keep track of. I also never include Norwegian stuff because I don't feel that I'm really studying it, although I suppose I do still occasionally learn something.
0 x
Post Reply
88 posts