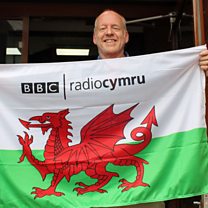 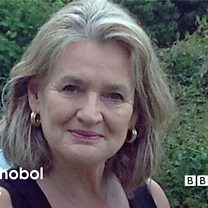 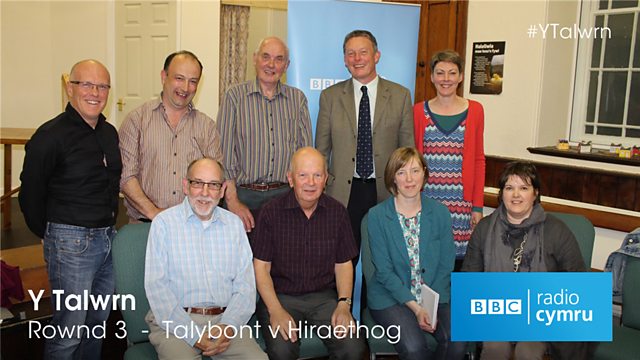 My Skype partner convinced me that "Blasu" by Manon Steffan Ros was worth buying. (We have been going through some articles she writes for a weekly Welsh magazine, and very good they are too). So I have now ordered it plus 3 other books by her. Two are a kind of learner book, i.e. a short novel aimed at adult learners. The other is a normal full length novel I believe. I'm also tempted to buy a modernised edition of the Mabinogion that he recommended, but it's just on my wish-list for now.

Weekly evening class, with a "full house" of myself plus 3 other learners plus the tutor. We mostly spoke about the EU Referendum, and the death of Jo Cox MP. ○○○○ (~120m)

The name "Iolo Cheung" suggest someone of Chinese Heritage who was brought up in Wales. I went googling, and while I didn't find anything definitive about his background, this video certainly suggests Chinese heritage:
https://www.youtube.com/watch?v=3oyJaNMBed0 ○○○ (~5m)
"Gwleidyddiaeth Ryngwladol Cyfweliadau Myfyrwyr: Iolo Cheung"

Funnily enough, his accent is similar to that of the character Iolo on "Rownd a Rownd". It's a quite broad northern Welsh (although the Iolo on Rar is harder (for me) to understand). I read this, together with its sequel, "Der Verdacht", some years ago, and also both of them in translation. In fact I made parallel texts of them both with Aglona Reader. A lot of work, but it meant that I knew the books quite well by the end. They are both technically "Krimis", but really work more as psychological thrillers. Inspector Barlach was a great creation. It's a pity Dürrenmatt wasn't able to write more novels with him in them. Those two novels were also a product of that early post-war period, as will become obvious to anyone reading them.
0 x
Radio Cymru am byth! 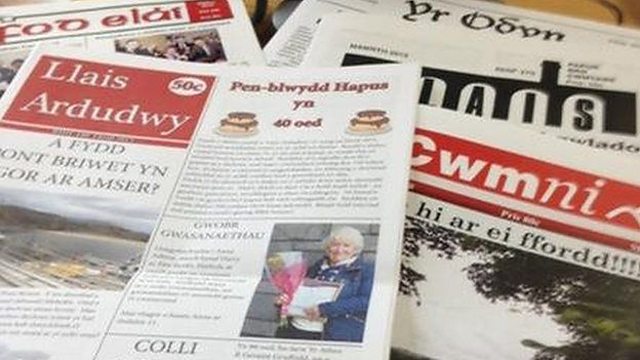 Started listening to an audiobook version of Friedrich Dürrenmatt's "Der Verdacht". It's an interesting version. From Switzerland (Dürrenmatt was Swiss, of course), and although it's definitely a "Hörbuch" and not a "Hörspiel", the different characters in the book are voiced by different people, as well as the main story being narrated in the usual way. A lot of the dialogue in the book actually consists of long speeches by certain characters, e.g. Gulliver, and Dr Emmenberger (the villain), and Dr Marlok (his accomplice & lover). And there are no sound effects or music, as in the usual Hörspiel. The German is Hochdeutsch of course, but with a definite Swiss flavour (in terms of accent, I mean. There are probably one or two specific Swiss word usages e.g. "Commisär" instead of "Commissar", and "Spital" instead of "Krankenhaus", but that's about all I've noticed. (I may have missed some of course)).
0 x
Radio Cymru am byth!

The voices took some getting used to ... not just the Swiss-accented German, but the lugubriousness of some of the speakers / "actors". But after a while I did get used to them, and was quite enjoying it. Language activities took a back seat today, as I tried to recover from staying up all night watching the referendum coverage and then trying to take in the result.

However, for a bit of escapism:

...watched the latest episode of:

It occurred to me that their speech was slightly clearer than the speech of other Danish TV series I have seen. Wonder if it was anything to do with their (real or faked) Jutland accents?
0 x
Radio Cymru am byth!

Montmorency wrote:It occurred to me that their speech was slightly clearer than the speech of other Danish TV series I have seen. Wonder if it was anything to do with their (real or faked) Jutland accents?

As I wrote in the other thread, I never noticed anything special about their accents (and if I found it clear, it could as well have been my increased listening comprehension, I don't know).

However, I remember one episode (season 1) when either Dicte or Berndtsen asked the other one "Have you been drinking?" due to the slurred speech.

jeff_lindqvist wrote:As I wrote in the other thread, I never noticed anything special about their accents (and if I found it clear, it could as well have been my increased listening comprehension, I don't know).

Must admit, I was wishfully thinking it might be the same in my case...

However, I remember one episode (season 1) when either Dicte or Berndtsen asked the other one "Have you been drinking?" due to the slurred speech.

Well the episode we had last night (I think they are showing the double-episodes combined into one on Channel 4) included a scene where Dicte brings a jar of cookies into the office that she'd been given, actually leftovers from the funeral "wake" of her friend's hippy-ish mother, which seemed to have a certain effect on her office colleagues...

And interesting story, but I'm afraid I didn't enjoy the reader's voice, and found it a bit off-putting. It's another Krimi, at least on the face of it. However, when you consider that the subtitle is: " Requiem auf den Kriminalroman", one gets the clue that it is not intended exactly as a straight Krimi. This is what the English Wikipedia article has to say:

The Pledge (German: Das Versprechen) is a crime novella by Swiss author Friedrich Dürrenmatt, published in 1958, after Dürrenmatt thought that his previous movie script, Es geschah am hellichten Tag ("It happened in broad daylight") did not have a realistic ending. That made-for-television story had demanded an appropriate ending, in line with that of a typical detective story. Dürrenmatt, however, was a critic of that genre of literature, and thus he set out to write Das Versprechen as an expression of that criticism. Although it has been absent from some subsequent editions of the novella, the title of the original edition included the telling subtitle Requiem for the Detective Novel (German: Requiem auf den Kriminalroman).

If I find another version, I will listen to it again.
0 x
Radio Cymru am byth!

[Sunday was spent still trying to get my head around the Referendum result, and the rather confused state of what passes for democracy in this country at the moment; not much language activity therefore, although that might have been a more productive use of time].

Had my regular Skype session ○○○ (60m), where discussed another Manon Steffan Ros article from the magazine "Golwg", this time about ... Brexit. She is a fascinating writer.

I have also now received the novels I ordered written by her, principally "Blasu", but also 3 more (two quite short, and actually aimed at learners). Hopefully I will soon make up for my lamentable lack of reading in Welsh lately.
0 x
Radio Cymru am byth!
Post Reply
252 posts