I've been trying to learn Japanese since the 10th grade. I'm now in College my second year (CMS) and still haven't moved passed は、が、に、で.
I struggle with a mental state that is not normal but I have found that when keeping track of what I do, I feel more motivated to continue on. That is why I'm using this site and Instagram. I've tried doing daily posts but I started spending more time trying to decide what to write than actually studying. I'm going to be mostly focusing on Reading. No output.

日本語
I’m enjoying フェイト/ステイナイト. Shiro can get a bit annoying though xD I like my MCs to be more realistic about the world they live in. Not this “I want to save everyone” and “I don't want to kill people that are trying to kill me” bull****. I really wish Tohsaka had been the main character or had her route be the first playthrough :< Sakura seems like a bore and Saber doesn’t interest me at all.

教科書
Still no new grammar points so I just keep writing the dialogs and readings down.

Was sick most of the beginning of the week so I lost a lot of time to study. I also had to catch up on college HW.

Hoping next week to get more reading done in Genki I.
0 x
Gone

Nice Log, I would love to get around to full-on Japanese someday.

What is your approach with the use of romaji?

Have you tried any of the Kanji drill methods like RTK in the past? Or just focusing on acquiring Kanji as you come across them in Genki? Seems to be a point of contention with a lot of learners. I learned about 650 kanji in the past and it was around that point I really just wanted to get stuck into dialogue/exercises/sentences.

Hanuman wrote:What is your approach with the use of romaji?

Haven't used it in years! xD I used it to learn hiragana/katakana in high school and once I understood them, I dropped romaji. Its very distracting when trying to read kanji and textbooks put romaji or furigana everywhere Dx

Hanuman wrote:Have you tried any of the Kanji drill methods like RTK in the past? Or just focusing on acquiring Kanji as you come across them in Genki? Seems to be a point of contention with a lot of learners. I learned about 650 kanji in the past and it was around that point I really just wanted to get stuck into dialogue/exercises/sentences.

I try to use as little English has possible when learning Japanese. In the beginning. I learned the first 400 basic kanjis going from Kanji -> English and then just dropped it for learning kanji radicals. There are only about 215 of them and they really do make looking up kanji easier! I even tested myself by finding random kanjis to see if I could look up the words just by their radicals and it worked.

Take for example 図書館. Say you didn't know this word. For people that do RTK, in their mind, they would see [map,write,building], try to figure out what those three words together could mean, go to their dictionary to write those kanjis in (if they learned to write kanji)/type in those english words and hope the right kanji shows up (if they learned only keywords),and then learn that 図書館 means library and the reading is としょかん.

I would rather just look at 図書館, go to my dictionary to input the radicals I see, then learn that the reading is としょかん and have an understanding that this word means library. I focus more on the readings than meanings. This is way I ended up dropping memrise but all the course there go from English -> Hiragana/Katakana.

I don't really focus on Kanji much anymore. Thank you for reply and good luck on your language journey

I don't really understand how to get Assimil to work with me. I have read the instructions but I don't really feel like I'm learning anything like I am with Pimsleur :< I guess this is what they mean by passive mode?
0 x
Gone

I don't have any experience with Assimil, but I suppose it takes time to assimilate something, or anything at all. Be patient and keep going. Karaoke your worries away! The point of Assimil is, from what I understand, to internalise the structure, the grammar through exposure to the language in bilingual text format. It'll come to you not overnight but gradually.

Meanwhile you could perhaps do a little research into how people use Assimil courses?


And if you feel stuck or anything, there are online forums including this one where you can ask for friendly advice and help such as Reddit, RTK forum, et cetera.

Also, it may be worthwhile to check out other Japanese learners' logs here and over on HTLAL, including abandoned ones.
1 x

kyukumber wrote:Also, it may be worthwhile to check out other Japanese learners' logs here and over on HTLAL, including abandoned ones.

Thank you for the links! Think I'm going to try hangukdrama's method for listening and see if that helps with Assimil.
0 x
Gone 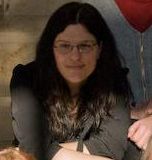 Rotasu wrote:I focus more on the readings than meanings.

I can relate to that. Although Kanji meanings are part of my study habits because they are included in the software I use (Wanikani), I don't really take those "meanings" very serious, and generously add synonyms to get rid of them faster. It's the readings and vocabulary that I feel help me the most with actual Japanese.

I actually just dropped Genki so I could focus on Assimil and Pimsleur. ( I think I really like the audio approach to learning) Even though both don’t really go into detail about grammar, I feel like I’m learning more from them. Especially from Pimsleur. I don’t much like translating but I’m really special at the amount I remember each day.

-cough- Are you the same vm_nm from Memrise? Because -embarrassed- I’m Samuihasu from there. (x.x) You once helped me with my fail Core 6k course. I think I just ended up deleting it Dx

BUUUUUTTT! I was able to get into the beta group for Memrise’s android app and made the developer aware that Japanese kanjis don’t show up on the app and website. They fixed it on the app, don't know about the website. So I helped you out, if you still use Memrise xP
0 x
Gone

It's a small world!

At the moment I'm rarely using Memrise because I have subscriptions with iknow and Wanikani that keep me busy, but I'm sure there are lots of Japanese learners on Memrise that you've done a great favor.

Since you mention you like the audio approach - do you know these?
http://a2.marugotoweb.jp/en/listening/
0 x
Post Reply
86 posts