A quick wrap-up of the decade:

It was an interesting decade that kickstarted my language learning as a serious hobby. It often felt my studying habits were erratic at best, but summing it up as I have I am beginning to see some order in the chaos. Still, I went into the decade knowing just Dutch, English, German and Japanese (with a passion). Learning (some) Chinese and Korean wasn't that strange, considering my area of expertise at the time, but who could've guessed I would end up with Russian and some Norwegian and Arabic as well?!

Looking back, I see it's absolutely impossible to make plans for the future. But I will try, so I can look back in 2030 and laugh heartily.

Here are my plans for this decade:

Here are my wild and completely unfounded predictions: (Past Performance Is No Guarantee of Future Results)

- I am going to drop Russian completely
- I will become fluent in Afrikaans
- I will be encouraged by the enthusiasm of certain people on this forum (I love you all) and end up with basic knowledge in some (to me) completely random language that I will never end up using
- I will almost certainly start learning Armenian
- I will get into a freak accident, hit my head and completely forget all my languages including Dutch... except German

Quick update:
I've passed the 4th checkpoint for Norwegian on Duolingo, but instead of starting new skills I am now just reviewing all the old ones so my basic Norwegian game is strong.

On the plus side, I was checking the website for a Norwegian summer school last night. The entire page was in Norwegian, and I read it pretty much without trouble (and only a little slower than I read German). Of course the page was aimed at Norwegian learners, but it didn't feel like they dumbed it down too much so I still count it as a win. (I won't actually have time to do a summer school or anything like it this year.)

Tomorrow I'm heading to Helsinki! Then Lapland, and then on to Norway. I'm super excited (and also can't wait to test my Norwegian)! I will probably study some basic Finnish expressions before I leave, too.
5 x
Norwegian Duolingo:

By the by, I signed up for the Polyglot Fitness Challenge 2020.

- Run at least once a week and finish season 6 of Zombies, Run!.* I'm currently halfway season 4. Finishing season 6 means approximately 50 runs for a total of approximately 250km.
- Average 11.000 steps/day every single week (at least 77.000 steps/week).
- Try at least one new activity (I'm thinking kickboxing!).
- Finally: I said I wouldn't make it a weight loss goal, but I know my body and I know when I'm comfortable (and right now I'm really not). So my biggest goal will be to lose 6kg in 2020.

* My go-to running app to stay motivated. Highly recommended if you enjoy zombie apocalypses, gaming and audio dramas all wrapped up in a fully functional running app.

[edit] Doesn't necessarily count as fitness, but rather health in general: I have joined a course (MOOC) on mindfulness that focuses both on practising mindfulness as well as the theory behind. 2019 sucked. Let's see if I can be more mindful in 2020.

I haven't run yet this year for various reasons (fireworks, bad weather, no time, don't like running in the dark), but I've been doing plenty of other workouts. Made my 11.000 steps goal every single day so far, and lost 1.5kg of the Christmas-kilos (by eating healthy but not doing anything else in particular).
I've found a kickboxing class that fits my schedule, but wanted to wait with my first class until after I return from the frozen north.

Haven't touched Russian yet this year, but we're in the process of creating a new schedule for the upcoming semester.
3 x
Norwegian Duolingo:

Currently still in Finland. Just dropping by to say if you’re interested in following the journey, I’m sharing pics on Instagram @brilliant.years

We’re heading to Norway the day after tomorrow

To be honest: not really. No more than “kiitos”. We did rely on written Swedish now and then for passive understanding in some situations (signs, menus, things like that).
0 x
Norwegian Duolingo:

My brain on seasickness meds: 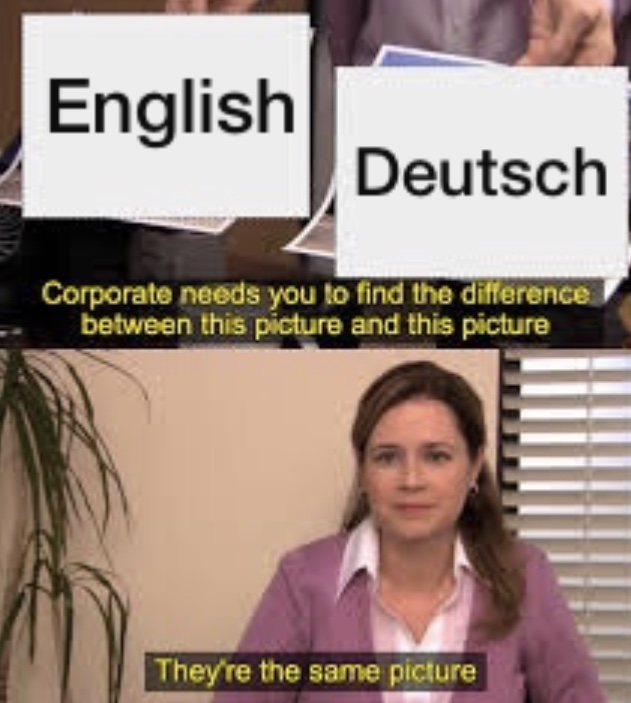 I've been back from my trip for almost a week now. I was fine for about a day and then I got sick. Today is the first day I'm feeling marginally less shitty.
The trip was amazing though! (Except for seasickness and that bad weather mishap on the Hurtigruten - absolutely not setting foot on another boat for the foreseeable future

) I especially loved our time in Finnish Lapland. I would love to go back to Norway in some season other than winter though, as we literally couldn't see much due to the darkness.

Norwegian
Language-wise of course Norway was most interesting to me during the trip, but I didn't have as many opportunities to use Norwegian as I would have liked. I spoke a bit here and there and was generally understood (everything I said was super basic though), so that made me happy. People were generally friendly and indulged me when I said I was trying to learn Norwegian

I tried a more complicated conversation in a book store, asking for recommendations for Norwegian (children's, but not childish) books I could read. Failed miserable at that one haha. One woman panicked, another helped me out wonderfully so now I also have a YA fantasy title that I'm hoping to try to read later this year.

On the whole I am making good progress with Norwegian. I have no doubt that I will manage to read that book just fine within the year, even if the level is quite high. During the trip I didn't have any trouble understanding 99% of written Norwegian and am slowly getting used to spoken Norwegian as well (which is clearly much harder). Of course context is still everything, also when it comes to written Norwegian, but I'm starting to incorporate a little more into my daily life (mostly random social media accounts). I just have to be careful Norwegian isn't going the way German went: excellent passive understanding but terrible at stringing together a grammatically correct sentence.

I'm still doing Duolingo. It's surprisingly useful (also: easy). They updated their Norwegian course over night. From 9 checkpoints to 12, and it's completely messed with my progress

So many random gaps now! I was almost at checkpoint 5, but now I'm well into 9 but with tons of unlocked yet unlearned skills. I was doing the pyramid method, so this is really annoying

Russian
Not much to update here, but we scheduled our classes for this semester. Happy to continue!

I also started reading Short Stories in Russian for Beginners. I'm trying to stick to a chapter a day. The level is fine, it's mostly gaps in vocab that are bothering me, including words I know I learned at some point but just forgot. Reading and understanding from context is useful though - I'm just happy it's much easier to do so with Russian than it ever was with Japanese. I refuse to go back to flashcard hell, even though it would help me