I tried another Tatort on MHz Choice. It was München. I liked it better than Köln but still like Borowski the best. I'm still just doing enough to keep my reviews in check. The one problem I'm having with German is that the gender is not sticking. The nouns themselves are relatively easy to remember. I think in this case I'm going to have to return to writing by hand to get them to stick because I realize it's an important component of the language.


I did 1.5 lessons in Portuguese Lab. Lesson 7 covered identifying and describing objects (articles + noun + adjective) and Lesson 8 covers identifying objects and people in space (demonstratives). Lesson 8 was longer than the prior lessons so I wasn't able to complete it in one evening. Portuguese Lab has a short course on pronunciation which I also started. I'm going to intermix that with my lessons so I can hopefully continue to improve. I still struggle with the pronunciation but I am starting to improve with some of the sounds. I tend to pronounce like Italian if I don't remember the sound but often that's not even close. I'm going to end up with a weird I accent.

I did chapter 5 in Basic Portuguese which covered the regular second conjugation -er verbs in the present tense and the vocabulary of meals and menus. Nothing difficult here as it's still review.

I've completed the full level 3 on DuoLingo and started Level 4. It is starting to be a lot harder for me. I tried to review Clozemaster in text input mode but I was pretty bad at it. So I'll hold off a little while longer. Might have to take a look at one of my grammar books again.

I'm back to reading more in Italian. Outside of that I did a very small amount of Clozemaster, Speechling and wrote a whole 225 words. Way behind on the writing goal. It's not because I don't want to but more because I keep forgetting to.
4 x
Super Challenge 2020-21:
film: books: IT
film: books: DE
film: books: FR, PT, PMS, SCN

lingua wrote:
I tried another Tatort on MHz Choice. It was München. I liked it better than Köln but still like Borowski the best.

Of the Tatort episodes I've seen I like Weimar best: Dorn and Lessing.

DaveAgain, what are your sources for Tatort series? I use MHz Choice and I haven't found another source though I admittedly haven't looked very hard. I'm in the US but I have no problem with switching my VPN to another country.
0 x
Super Challenge 2020-21:
film: books: IT
film: books: DE
film: books: FR, PT, PMS, SCN

lingua wrote:DaveAgain, what are your sources for Tatort series? I use MHz Choice and I haven't found another source though I admittedly haven't looked very hard. I'm in the US but I have no problem with switching my VPN to another country.

I use the Ardmedithek website. I'm in the UK, I don't use a VPN.

--------
I've just realised that the 'Inspector Borowski' and 'Inspector Falke' series currently available on (uk) Channel 4's website are a subset of Tatort.

lingua wrote:Thanks for the link. It let me watch a short cooking video so it must not geo block.

I do sometimes get a 'not available in your country' message, but not often.

I think Babylon Berlin was one. Some non-German series: Poirot, Grand Hotel too.

(This is a little annoying, because Grand Hotel used to get great reviews, and I've never seen it! )
0 x

Book #86: Pitagora e il numero maledetto by Luca Novelli. I've of course heard of the Pythagorean theorem but otherwise knew nothing about this man. This book was pretty good though it was as much about the history of the time as him. I continue to think this series is quite excellent. 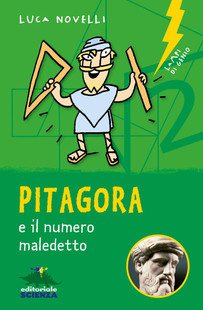 I ended up watching Die Toten vom Boensee (Murder by the Lake) instead of another Tatort. From what I can see Boensee is Lake Constance which is surrounded by Germany, Austria and Switzerland. In this series we have a German (male) detective paired with an Austrian (female) detective. The woman has flashbacks due to an incident in the lake where it seems her mother died but her father is missing. The man has marital difficulties. In some ways I think this is a good show but at other times it feels a bit over dramatic. There are only seven episodes and there doesn't appear to be a second season so I hope there will be a resolution in E7. Outside of that I did a very small amount of writing and the usual minimal DuoLingo, Clozemaster & Decks. Most likely I will do German for the May 6WC.

I finished Lesson 8 of Portuguese Lab which covered demonstratives (this/that). I thought I understood it but I made too many mistakes when I did the exercises though I completely understood the correct answer. Later this week I'll see if one of my Practice Makes Perfect grammar books covers it and spend some time reviewing in hopes it will stick better.

I started off thinking DuoLingo Level 4 was harder but the last few days haven't been.

Not much German in the last few days. However, we've just planned a trip to Germany in the fall so once the 6WC is over I will be bumping it back up.

Lesson 9 of Portuguese Lab covered "having" using the verb ter. It was shorter and easy to understand. Chapter 6 of PMP covered five irregular verbs in the present tense (ver, ler, dizer, fazer, trazer) and the vocabulary of weather. I found it easy since I've already been reviewing irregular verb conjugations. I like this PMP book a lot. Each of the 50 chapters is relatively short and covers a specific grammar point. So far each chapter has contained four sets of exercises to do. I just bought it in German. I hope it's as good.

Book #87: Zuppe di pesce e piatti unici by AA.VV. This is a small cookbook covering different types of fish soups. There was a section on soups from around the world. I was surprised there was no clam chowder. Also a section fish in pastry, fish quiche and such. They use a lot of different fish I've never heard of in English let alone Italian. Reading it was easy because outside of a few verbs specific to cooking techniques I haven't read about recently (or ever) and the unknown fish. This cookbook is part of a series. 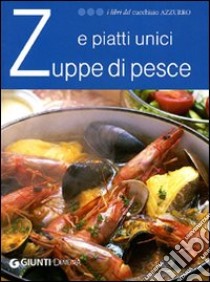 You could give a try to Deutsche Welle "DW Top Thema mit Vokabeln", a one page pdf text (all kind of short stories or news) with mp3 audio files. Each "Thema" explains (in German) the meaning of some key words in the text. There are hundred of files in their database.
https://www.dw.com/de/deutsch-lernen/top-thema/s-8031
1 x
Los idiomas no son una barrera, son la via para comunicarnos con el resto del mundo
Post Reply
117 posts