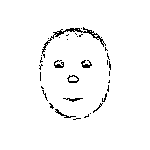 Glossy wrote:I don’t know if you know this, but в vs. на is a deeply political issue in Russia with regard to Ukraine.

That is extremely interesting! We in Poland say "na Ukrainie" and also "na Węgrzech", "na Białorusi", but in the case of most countries we use "w".

In Russian we use на with some island nations (на Кубе, на Ямайке, на Филиппинах, etc.) because на is generally used with islands. ON the island. But for some reason that doesn’t apply to all such countries. В Японии, в Ирландии, в Британии.

На Руси is a folksy, sometimes ironic way of saying “in Russia”. В is used with a large majority of countries.
3 x
Mandarin listening comprehension, hours: (1,522/5,000)

The controversy also exists in English, with the same connotations of "region (ie the edge, the border)" vs "Ukraine, a polity".
https://time.com/12597/the-ukraine-or-ukraine/

In Russian we use на with some island nations (на Кубе, на Ямайке, на Филиппинах, etc.) because на is generally used with islands. ON the island. But for some reason that doesn’t apply to all such countries. В Японии, в Ирландии, в Британии.

In French it is similar.

Glossy wrote:I don’t know if you know this, but в vs. на is a deeply political issue in Russia with regard to Ukraine. The Ukrainian government wants everyone to say в Украине. Russian speakers who support Ukraine say that. Those who’ve taken the Russian side in the Rus-Ukr conflict say на Украине, which is the older, formerly apolitical usage related to на окраине (on the outskirts) and на краю (on the edge). Some people mock this controversy by saying вна Украине. Вна isn’t a real word.

No, I had no idea - thanks for explaining, that's really interesting

***
23 November
I switched on my computer and found I'd got 44 emails over the weekend. Think that may be a personal worst!

Russian
I tried to clear a few Memrise reviews this evening but I gave up after 9 minutes because I was bored. I got my other 21 minutes in by continuing to study Schaum's grammar. It was mostly doing fill-in-the-blank exercises, which involved choosing the correct preposition (out of those which are followed by the prepositional case) to fit in given sentences. The good news is that I'm now at the end of the prepositional prepositions, so now I can move on to the dative ones

Croatian
I watched another episode of 'Drugo ime ljubavi' while cycling, and then I read another 20 pages or so of 'Bilješka o piscu'. My new word for today was "jalov" which means "barren, sterile".

24 November
I ended up working until about 21.30 tonight to make up time because I need to take some time off during the day tomorrow.

Russian
I was too tired to do any proper studying by the time I'd finished work, so I resorted to watching videos on YouTube again to get my 30 minutes in. Today I watched a video by a Russian about the difficulties of buying property in the UK, specifically in London. I'm not sure what I learned from this, except that it sounds like ground rent isn't a concept that exists in Russia. Maybe not the most useful

Croatian
Just another episode of 'Drugo ime ljubavi' while on the exercise bike.

25 November
I had a family funeral to go to today. Never good to go to a funeral obviously, but extra strange with the restrictions of this Covid-19 world.

Russian
I didn't really feel like grammar study again this evening. I made some progress toward clearing my Memrise reviews and then I watched a Russian Progress video about whether language learning requires talent. I watched it a couple of times; without subtitles the first time and then with the subtitles to see whether I'd missed anything. I think I'm getting to the stage where I don't really need the subtitles for these videos, unless they are interviews/conversations between two native speakers.

Croatian
I watched another episode of 'Drugo ime ljubavi'. The main character of the series is a woman searching for her long-lost son, who was taken from her as a baby ten years ago. She has tracked him down to the village where the action takes place, but she doesn't know which of the boys in the village is hers. By this stage in the series, viewers do know that her son is a character called Petar and Petar's adoptive father has also recently worked out who Petar's biological mother is. In the clip below from today's episode he shares this information with his wife, Petar's adoptive mother. At 00.24 the father character says "zato što je ona Petrova majka" (because she's Petar's mother) and following this revelation there is a burst of the series' dramatic music. I absolutely love the dramatic music in this series

Because I mostly watch it while cycling it's actually really useful because I naturally speed up every time something exciting like this happens.

26 November
I was interviewing all day today. It no longer feels strange recruiting over Zoom. I do find keeping up an act of being interested and enthusiastic hard work though.

Russian
I was too tired to do grammar study... this hasn't been a good week for grammar! Instead I decided to watch an episode of 'Татьянин день'. I feel like I maybe noticed a slight improvement in my level of comprehension tonight. I really need to try to be more disciplined and watch this series more regularly.

Radioclare wrote:25 November
I had a family funeral to go to today. Never good to go to a funeral obviously, but extra strange with the restrictions of this Covid-19 world.

Our local crematorium has been streaming funerals over the internet.
0 x

DaveAgain wrote:Our local crematorium has been streaming funerals over the internet.

Yes, I've heard about this happening as well. This was an in-person funeral, at which I think we were allowed 15 people with the current restrictions. It was all very well set up for social distancing.

27 November
I didn't update my log yesterday because my boyfriend and I were too busy celebrating something which feels like a very big achievement; paying off our mortgage

It's a goal we've been working towards for such a long time that it's hard to believe we've actually accomplished it now!

Russian
I knew in advance that I wasn't going to feel like studying Russian after dinner, so I got my 30 minutes done in advance. I went on the exercise bike after work and watched another episode of 'Татьянин день' while cycling. Татьяна 2 is trying to blackmail Татьяна 1's fiancé, threatening that if he doesn't continue his affair with her, she'll reveal the truth to Татьяна 1. The fiancé decided to pre-empt her and tell the truth to Татьяна 1 himself, but of course he changed his mind at the last minute and didn't.

28 November
Today was a quiet day at home. The fact that my mortgage is paid off is still sinking in.

Russian
I needed to make up for the lack of grammar study so far this week. I tackled the section on dative prepositions in Schaum's grammar. These prepositions are mostly quite self explanatory except for the preposition по, which seems capable of meaning anything you want it to if you have enough imagination. Now I think I just have prepositions with the instrumental left to revise and I'll be able to move onto a different topic.

Croatian
The weather was so wet and horrible today that I didn't go outside. In order to get to the equivalent of 10 000 steps while cycling on my exercise bike, I watched two episodes of 'Drugo ime ljubavi' back to back.

The fact that my mortgage is paid off is still sinking in.

Wow, congrats! That is huge.

Also, thanks for talking about the Russian Progress site and Татьянин день--I struggle bit with finding accessible material online for Russian that isn't just grammar aids. I find these really helpful at my stage, whatever that is right now. Hopefully I can spend more time with them after this 6WC.
2 x
Output Challenge
: : French
: : Irish