I had a pretty successful 2019 in language learning. Briefly:

Russian -- I read a lot and listened a lot. I resumed Italki sessions after a two year hiatus and found that at least I can understand the tutor and have a large vocabulary. I even get the cases right occasionally. I'm doing 90 minutes a week of talking and figure if I can do that for 2-3 years I will probably get to a decent speaking level. I also found some new music groups to give me some variety (Аффинаж, Нонконформистка, Монеточка, RSAC x Ella), so I'm not just listening to Аигел.

Italian -- I read a lot and listened a lot and spoke a lot. I did 50 one hour Italki sessions. My tutor thinks I'm speaking at a B2 level now. I found a new modern author I like (Massimo Carlotto).

Turkish -- uggh ... I took a long break when I got busy with other stuff, and slipped back quite a bit. My poor, neglected Turkish.

I signed up for LingQ again, to take advantage of their news feed and their Netflix import feature. In 2020 I plan to mostly read the news in Russian (Коммерсанть) and Italian (La Repubblica). The news is a little hard for me in Turkish, so I'll be reading Netflix transcripts of my favorite Turkish TV shows. 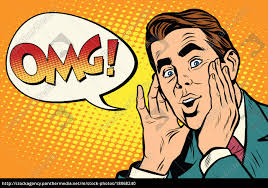 I'm not sure how it happened or how it persisted for so long. Obviously there was some self-deception involved. "I'm just going to watch this one little highly informative video" and then three hours later I realize I'm watching "rude BMW drivers get instant karma" or whatever.

I have this big wheel in my brain that could be called the My Next Language wheel. Assuming that I reached a high level in Italian, Russian, and Turkish, which L5 would I choose? And my brain does something like:

For 2020, the only real goal I have is to level up in Turkish. Right now I'm about an A1/A0, despite being 300-400 hours into the language. Partially this is due to some stopping and starting that has not been productive, and partially it's because I've fallen back into the "n+5000 incomprehensible input" trap that caused me so much trouble when I was beginning to learn Russian.

I think I can't see far enough into the future to know where my Turkish will end up at the end of 2020, but I have a couple of January challenges for myself:

1. Watch 20 hours of Peppa Pig.
2. Read 400 pages (measured as 100,000 words on LingQ). This reading will come from LingQ's beginner 1 or beginner 2 sections, or else will be transcripts of Burned Cocoon, which is a not overly complicated typical soap.
11 x
Ещё раз сунешь голову туда — окажешься внутри. Поняла, Фемида? -- аигел

Xmmm wrote:I have this big wheel in my brain that could be called the My Next Language wheel. Assuming that I reached a high level in Italian, Russian, and Turkish, which L5 would I choose? And my brain does something like:

It's really a great waste of mental energy and I wish I could shut it off. If I were really interested in an L5, I would know what language the L5 was going to be.

I agree that this is a waste of time. I think you should add Old English to the list!

(It was apparently spoken in The Crimea so it's a perfect bridge language between Russian and Turkish.

I read Professor Arguelles' article on "The Six Most Important Languages" some time back and it made an impression on me. But I've never been to visualize how I would fill the slots for myself. This week I came up with something:

Jan 2018
Picking up two new languages this year may have been a mistake.

I realize now (and of course I knew this) that with 700+ hours under my belt for Russian and roughly B1 skills, I was only about 18 months away from reaching my desired level in the language -- assuming I could keep studying two hours a day. So that would have been the smart thing to do.

Picking up Italian was not such a bad idea, since my knowledge of some Spanish (maybe A2 passive level) gets me a small discount ... but picking up Turkish was a step too far.

So for 2018, I've decided to go back to Turkish. "Too hard" was not the best reason to quit. I really like the way the language sounds. I know there's a fair number of novels and a ton of good TV (I miss Vatanim Sensin).

." I don't mind spending huge numbers of hours on the languages I'm really committed to (Russian, Italian) but Turkish is more of a nice-to-have for me. I would like to learn it with more a of quick-and-dirty approach....

Italian: I'm at the 55-70% threshold so I'm good. Just carry on.
Turkish: Total beginner -- I should watch English, then Turkish, then repeat over time.
Russian: ? Hmmm. What to do there ...

In my teens and twenties I took classes in: Spanish, French, German, Japanes, Korean, Chinese, Greek

Never got anywhere with any of them.

And so I've dabbled in Norwegian, German, Indonesian, Turkish ... but nothing causes me to give up on Russian or Italian and I don't even understand what burnout means in that context. I just stopped watching English TV and reading English books, and I divide my TV and book time between Russian and Italian.

I remember this last post so I wanted to ask you to please reconfirm, given your precedents, if Turkish is something you're (now) firmly committed to.
1 x

reineke wrote:I remember this last post so I wanted to ask you to please reconfirm, given your precedents, if Turkish is something you're (now) firmly committed to.

I think I've proven to be an unreliable character in this regard, so I don't know what good saying "I'm now firmly committed" is going to do.

The problems of the last couple years have been a question of time management when I'm impacted by major life events that drag on for three or six months. What I have done is hunker down and continue to progress with Italian and Russian, and just watch incomprehensible TV in Turkish in the hope that it's better than nothing. I'm dissatisfied with that strategy.

My Italian is reaching the point where I could probably put it into maintenance mode for a couple months if I had an emergency, so hopefully the threat of future slings and arrows is mitigated.
3 x
Ещё раз сунешь голову туда — окажешься внутри. Поняла, Фемида? -- аигел

I frantically downloaded about 15 free novels from the Wu Ming collective last week and uploaded them to my kindle. After reading about 45 pages of the first one (Q), I'm amazed. I'm amazed at how bad the book is. I remember it being quite a literary sensation when it came out, but apparently this was only due to the novelty of it being written by a semi-anonymous collective. The book itself is an utterly humdrum historical novel, about a time in history most people don't find overly interesting (the Reformation). Even worse, the collective 'experimentally' (???) tries to move the narrative forward via the use of letters ... a technique that more or less died out 200 years ago. I don't see it coming back, to be honest. I don't know, maybe the book gets better later but I cringe at the thought of having to read any more if it.

I have over 100 hours of Alle Otto Della Sera loaded up in the car for when I start commuting again on Monday. I think most of my work in Italian in 2020 will be listening and speaking.

I read a ton of Russian in 2019 -- 94 books as per the super challenge, but in the super challenge you're not supposed to count news articles, and I read probably another 20 books worth of those along the way. But if I really want to level up in Turkish in 2020, I'm going to have to cut back on my Russian reading. I've purchased an audio book -- Империя должна умереть -- which runs about 16 hours (only part 1). That was the first book I read end to end in Russian. It's a light journalistic history of all the characters, great and small, surrounding the Russian Revolution. I'll see if I can move up to using Russian audiobooks in a useful way finally. I have about 600 hours of commuting time for 2020, so if I could really use it properly for Italian and Russian, that opens the way for me for me to get more done in Turkish.

3 days into the new year, and I've read 12000 words, and done 3 hours of listening. Some of that is Peppa Pig (yuck) but the rest is Burned Cocoon. My method is "watch a scene in Turkish. If easy, immediately read the transcript for that scene in LingQ. If difficult, watch the scene again in English, and then read the transcript in LingQ". I have about 50 more episodes of Burned Cocoon, then will have to find something else.
8 x
Ещё раз сунешь голову туда — окажешься внутри. Поняла, Фемида? -- аигел

I listened to Смерть на Ниле. I'm not a big Agatha Christie fan, but one big plus with her novels is that they are heavy on dialogue. I've started listening to Империя должна умереть, which I can actually understand better than Agatha Christie (it is a light, journalistic style history but even so). I also read a whopping 40 pages. Ugh. Dropped the ball there.

I read 100 pages (all transcripts of Yanık Koza from Netflix) and listened to at least 4 hours of the same (may have forgot to manually update LingQ for TV viewing).

No Italki, and I didn't reallly hit my reading goals due to still having the family around for the holidays last weekend.
1 x
Ещё раз сунешь голову туда — окажешься внутри. Поняла, Фемида? -- аигел

Most Turkish shows I've seen show empty ashtrays everywhere, but you never see anyone smoke. Not so Yanık Koza, where the hero seems to be smoking pretty much all the time. I had just assumed there must be some government ban/censorship about smoking on TV but maybe I was wrong.

I'm having a hard time getting into La testa perduta di Damasceno Monteiro. It looks like a good book, but ... I don't know. If I read on Kindle, my reading doesn't reflect automatically in LingQ's tallies. I could adjust the number of pages read manually, but not the number of known words. I have to go back to novels I guess because I'm sick of the news in Italian (LingQ's news feeds in Italian seem inferior to the ones in Russian).

I'm struggling with Russian audiobooks. My dream of being able to listen to books which I have not read previously is on hold. Instead, once I finish up Империя должна умереть I will probably switch over to один день ивана денисовича, where I can read the book before listening to it. And I may listen to it more than once, since it's only 4 hours.
3 x
Ещё раз сунешь голову туда — окажешься внутри. Поняла, Фемида? -- аигел
Post Reply
27 posts