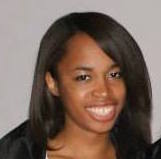 I'm Kelsey, or Kelbelle. Also known as MissKJ on the other forum. I had a log there here's a link to it if anyone's interested: http://how-to-learn-any-language.com/fo ... PN=1&TPN=1

I started studying Japanese about 4 years ago. I spent my senior year of high school learning the 2,000 Kanji using the book 'Remembering The Kanji' with Memrise and Anki. After that I spent a summer doing the AJATT 10,000 sentences method. Made my own immersion environment. Listened to Japanese almost every second I was awake, read Harry Potter in Japanese, read my first light novel, read an internet novel, Studied all the grammar points in the book 'Dictionary of Basic Japanese Grammar', dropped the English subtitles, watched a ton of dramas, live movies, skyped with Japanese natives in Japan. That summer I added about 1,000 sentences from everything I was exposed to. The next year I started using lang-8 a lot and writing journals in Japanese every week.

I haven't taken the JLPT yet. But I think N2 would be my level. I have the Kanzen Master N2 Grammar book but I honestly haven't been studying it..shame on me.

Japanese isn't my main focus this year only because I'm going to be an exchange student in Korean in the Spring!! But I realized if I don't keep up my studies in Japanese my skills start to fade and that makes me sad. I never thought about having to maintain languages after you've put so much effort into learning them. So I still need to make a continual effort to use Japanese everyday. Plus I'm thinking about taking the JLPT before I graduate college, though I'm still considering my reasons for doing so, at least right now I don't have any plans on working in Japan or working in Japanese... but we'll see. I still think I need to study some more advanced grammar points in Japanese anyway.

Korean is still pretty new to me at least I think so. I fell in love with the culture in middle school. I learned the Hangul writing system but other than that I didn't really study the language. So now I've decided to study abroad in Korea as an exchange student in Seoul Woooooo!! It was a pretty hard decision between Japan and Korea but Korea had more classes in my major and the cost was way less expensive than Japan so I chose Korea!

I have a lot of work a head of me. I want to reach basic daily conversational 'fluency' with Korean. I'd hope that before I get there I'll be relatively comfortable existing in Korean, ordering at restaurants making friends hanging out etc. So far my studies with Korean have been quite frustrating. I kept comparing Korean and Japanese and kept complaining to myself about how difficult Korean is but I've finally let that go and just begun to learn to love the journey and not focus so much on how much I am or aren't improving everyday. Korean is a beautiful language and I absolutely love the culture so I'm learning to enjoy every minute of my language learning Journey and I'll reach my goal eventually.

These days I'm doing the sentences method again. Adding sentences from Korean material out in the 'wild' and adding the cards to Anki, looking up any grammar points I don't understand or asking my Korean friends. Twice a week I also skype with a very sweet lady in Korea. We speak for at least 1 hour in Korean and at least 1 hour in English. She's very patient with me as my Korean listening isn't the best. Every now and then I post on lang-8 as well. I'm also going through the beginner grammar points from the book Korean Grammar in Use(Beginner).

Basic.. Conversational Fluency
Study all the grammar points in Korean Grammar in Use
Learn something new in Korean everyday
Finish 1 novel in Korean
Ultimately be able to understand 80% of daily life Korean Dramas

I feel a little guilty about studying German. But sometimes when I get completely sick of Japanese and Korean I run back to English and it's a bit difficult for me to get back into studying those languages again. So I figured instead of running back to English you should run to a non-asian language! I've always wanted to learn German but I was focusing on Japanese and Korean. For the past 2 years I've been dabbling a bit in German here and there. I was working on the 5k most common German words on Memrise and reading my favorite novel in german. However since I'm pretty focused and determined on improving my Korean skills since I'll be going to Korea my studies in German are pretty limited.

After I come back from Korea I plan on studying German actively, but for now just 30mins everyday is enough to make me happy until then.

I use Duolingo everyday and I'm halfway through my novel, I also watch The Big Bang Theory and Gossip Girl in German no need for English subtitles since I watch the Big Bang Theory too much I can quote most of the episodes XD.